Ranking based on female employee sentiment on gender equality

Ranking based on female employee sentiment on gender equality 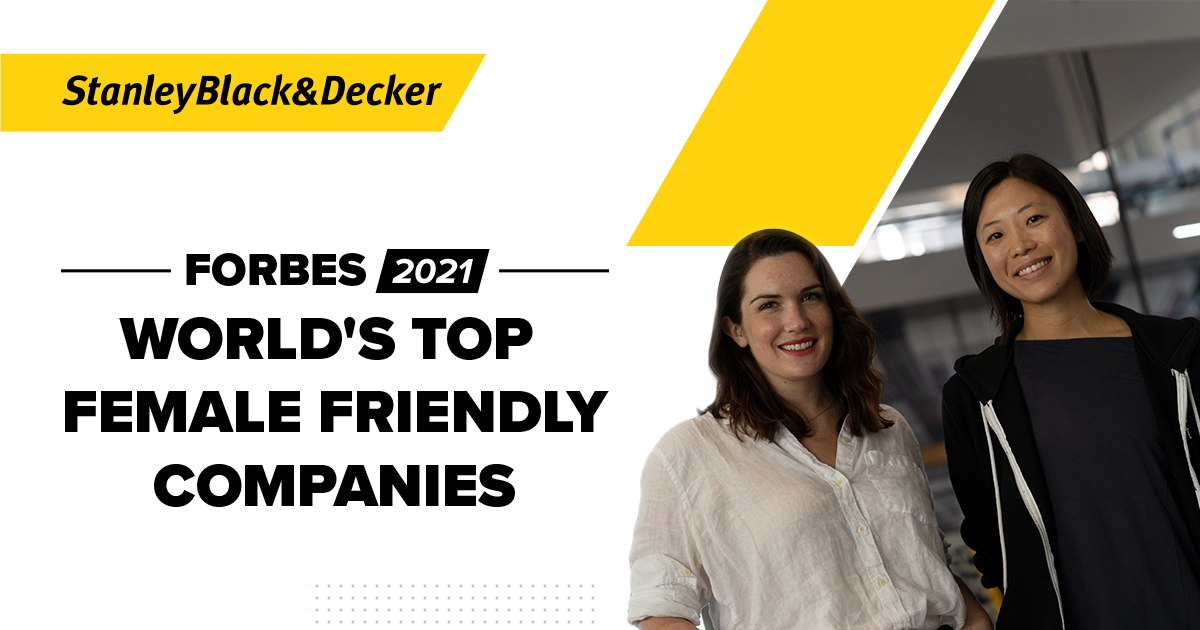 NEW BRITAIN, Conn., November 3, 2021 /CSRwire/ - Stanley Black & Decker has been named one of Forbes' 2021 "World's Top Female-Friendly Companies," a list based on sentiment compiled from a women-only survey of 85,000 female employees from 300 global companies.

"Stanley Black & Decker is committed to providing a diverse, equitable and inclusive workplace that empowers our employees," said Stanley Black & Decker CEO Jim Loree. "We're mindful of the social inequities that disproportionately impact our female employees which have been exacerbated by the pandemic. We are honored to be recognized by female employees for our progress to drive gender equity in the workplace. If there's one thing COVID has taught us, it's that we can be more successful by adopting an inclusive and flexible work environment."

Forbes partnered with research firm, Statista, to compile the ranking via an anonymous women-only survey measured by direct and indirect evaluations from employees, a public opinion score generated by how companies are perceived in terms of gender equality, and a leadership score based on the share of women in leadership positions. The survey focused on several aspects of the female employees' experience, including overall satisfaction, reputation for gender equity among competitors, efforts to promote female empowerment, gender representation and workplace equality. The complete list features 300 global companies.

Stanley Black & Decker is driving positive change toward equality in the workplace by focusing on attracting, retaining, promoting, and developing more women across their workforce, mitigating bias, and supporting workplace flexibility. The company was an early member of Paradigm for Parity, and as such committed to achieving 50-50 gender parity by 2030. To support all employees' diverse workstyles post-pandemic, the company adopted a hybrid workforce model that creates opportunities for attracting and retaining remote workers.

More information about Stanley Black & Decker's path to parity can be found at: https://www.stanleyblackanddecker.com/equality-for-everyone

About Stanley Black & Decker
Stanley Black & Decker, an S&P 500 company, is a leading $14.5 billion global diversified industrial with 56,000 employees in more than 60 countries who make the tools, products and solutions to deliver on its Purpose, For Those Who Make The World. The Company operates the world's largest tools and storage business featuring iconic brands such as DEWALT, STANLEY, BLACK+DECKER and CRAFTSMAN; the world's second largest commercial electronic security company; and is a global industrial leader of highly engineered solutions within its engineered fastening and infrastructure businesses. Learn more at www.stanleyblackanddecker.com.