Logitech is a Proud Signatory of The Climate Pledge 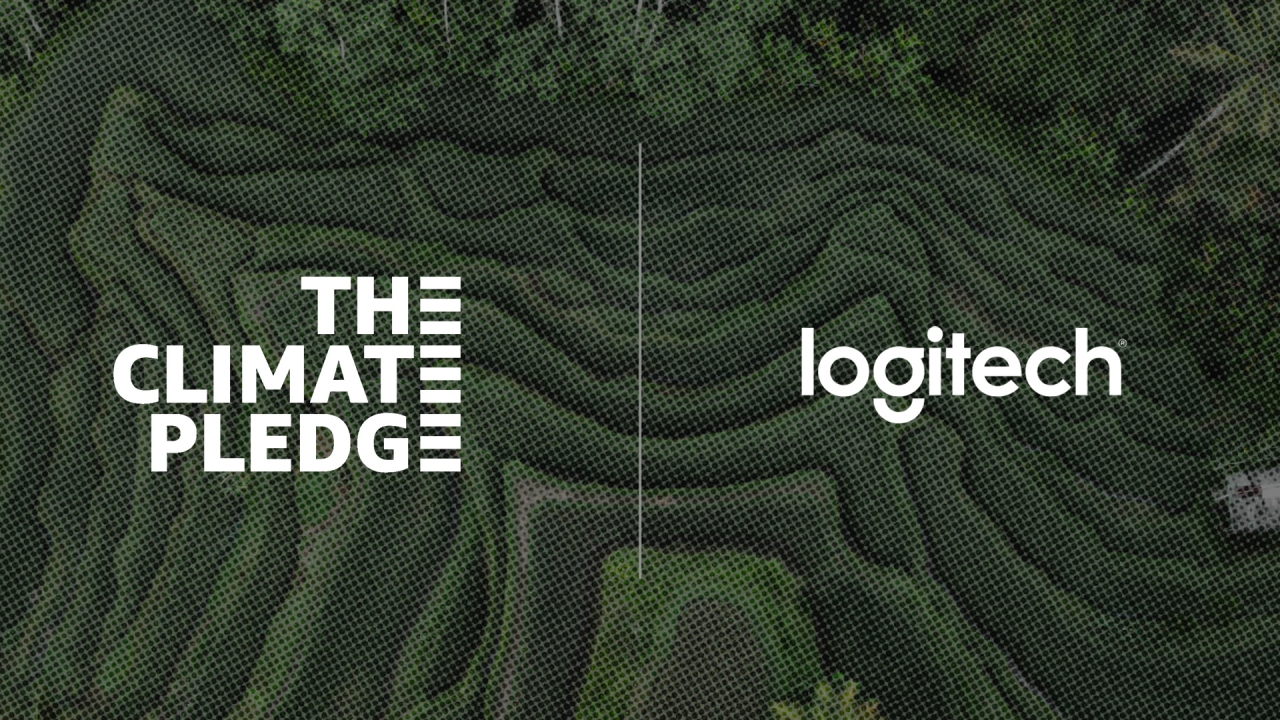 We’ve all heard references to teamwork, collaboration, and the ability to accomplish more as a collective rather than as individuals competing towards a common goal. There has never been a more urgent time than now for companies and organizations to join together in taking urgent action on the climate crisis. Logitech has accelerated its climate action strategy and is adopting a climate positive approach with committing to be carbon neutral in 2021, net zero by 2030, and climate positive beyond. We’re reinforcing this commitment by joining other leading companies in becoming a signatory to The Climate Pledge.

The Climate Pledge was founded by Amazon and Global Optimism in 2019 and represents a commitment to net zero carbon by 2040 – 10 years earlier than specified by the Paris Agreement. “Because this is work that cannot wait, Logitech has taken more aggressive action by going beyond what countries have committed to and has set a net zero goal for 2030 – 20 years earlier than anticipated,” said Prakash Arunkundrum, Head of Global Operations and Sustainability. As a signatory to The Climate Pledge, Logitech is committed to the three areas of action as outlined in the Pledge:

Logitech is proud to have signed The Climate Pledge, signaling our commitment to working together with other companies to build a safe and healthy planet for future generations. We want to give back more than we take and hope to encourage others to join the collective on this journey. Also, Logitech gaming products are certified CarbonNeutralⓇ product and listed as Climate Pledge Friendly on Amazon’s website. This trusted third-party certification signals that quality standards are met.

In addition to joining as a signatory, Logitech will be participating in NYC Climate Week activities. Hosted annually by international non-profit the Climate Group in conjunction with the United Nations, and in partnership with COP26 (Conference of the Parties 26) and the City of New York, Climate Week NYC is a global opportunity to come together to accelerate climate action and assess progress ahead of COP26. Logitech joined RE100, an initiative of the Climate Group, in 2019 to collaborate with other industry leaders accelerating the change to 100% renewable electricity and zero carbon grids at scale. Logitech’s Head of Sustainability, Robert O’Mahony,  will participate in a virtual roundtable during Climate Week NYC on Tuesday, Sept 21 at 9am ET discussing the challenges and opportunities in innovation driving transparency and carbon labeling.