Looking Back and Moving Forward: Hispanic Heritage Month and the Latinx STEM Gap

Looking Back and Moving Forward: Hispanic Heritage Month and the Latinx STEM Gap 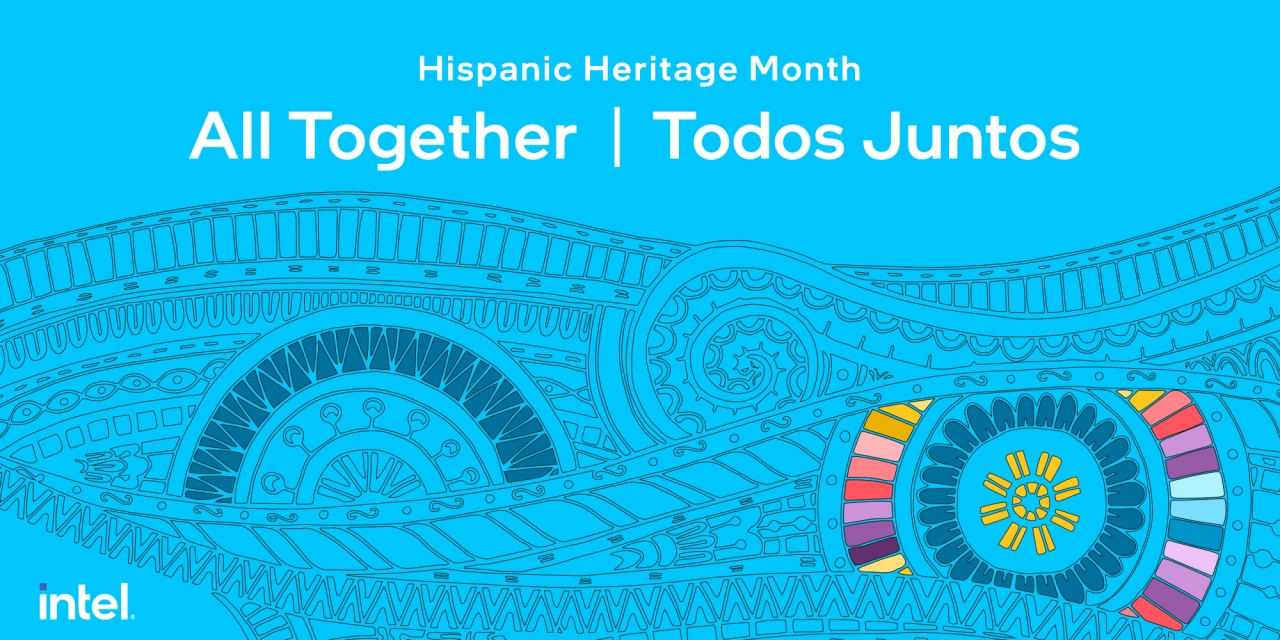 Hispanic and Latinx cultures have helped define American society for centuries. Yet today there’s an immense demographic gap in the Latinx community in STEM-related fields. With the impact that this proud, diverse culture has had on the United States, why don’t we see more members of the Latinx community in STEM? While there’s a variety of factors that contribute to this gap, the solutions are fairly straightforward.

The reason why HHM is celebrated in the middle of the month is because several Central and South American countries declared their independence around this time. Independence Day for Costa Rica, El Salvador, Honduras, Nicaragua, and Guatemala falls on September 15. Additionally, Mexico and Chile celebrate their Independence Days on September 16 and 18, respectively. Finally, Día de la Raza—or Columbus Day—is celebrated globally on October 12. While the day has been used to recognize Columbus’s voyage to the Americas, the Latinx community has begun to reclaim the holiday to honor the lives lost during colonization as well as celebrate indigenous cultures.

Solutions to the Latinx gap in STEM

We had conversations with four Latinx Intel employees—Maria, Cynthia, Ana, and Mark—on the Latinx gap in STEM and how to approach it.

According to data from the National Science Foundation, the representation gap of Latinx in STEM is among one of the largest: only 6 percent of STEM-based careers are occupied by the Latinx community. There are a lot of reasons for this gap’s existence, but it mainly comes down to kids’ lack of exposure to STEM in school. However, there are solutions to help close this gap, like representation in STEM, access to technology, and increased mentorship—particularly from teachers.

Representation and exposure to STEM

One of the ways to help close the Latinx STEM gap is for children to see someone like them holding positions in STEM. Cynthia says that children tend to choose areas of interest that they know. “You won’t choose STEM if you aren’t exposed to it,” she says. “If you don’t have family members who can show you or teach you—or see someone like you in that STEM position—you are less likely to go down that path.”

It can be hard to envision a future when it seems like the option isn’t even on the table. However, simply seeing a BIPOC in a STEM position—any STEM position—can make all the difference for an impressionable child. “When you don’t see a lot of people who look like you, advocate for you, there won’t be any representation. And when there’s no representation, there’s no one there for that advocacy,” says Mark. Representation is paramount, but kids don’t have to strive to be the world’s most renowned NASA scientist in order to “qualify” for representation. The world needs astronauts, and it also needs lab technicians, data analysts, and health and safety engineers.

Cynthia says that the lack of STEM exposure is also rooted in children’s toys. “I was participating in a toy drive, and I was going to pick up some toys for 12-year-old girls,” she says, “but I couldn’t find anything STEM related. They were all cooking and fashion related. The boys’ toys were around building things—things that weren’t pink too. It’s so easy to find the twist on it though. Instead of putting on makeup, why not create it? Instead of putting on the dress, why not design it?”

Another vital way to approach the Latinx STEM gap is to provide access to technology in education. While this is really up to policy makers, administrators, and governments, STEM companies should also feel a level of responsibility in providing kids with the skills they will need in the future. This includes donating devices or providing internet connections to families whose kids are involved in remote learning. “Something that doesn’t cost anything is mentorship,” says Mark. Multimillion- or billion-dollar companies that give up just a fraction of their resources can make a significant difference for underserved kids in the Latinx community.

Maria has a unique perspective on this topic: Not only should technology be accessible, but it should also be approachable. She thinks that kids, especially girls, need to unlearn the stigma that “math is hard.” She says that “it’s not hard to get the perception out that girls are not good at math/science. It’s all about how educators teach it and expose kids to it.” It’s also noteworthy to encourage kids from a young age that math subjects aren’t “nerdy” because this stigma can harm students’ perception of what STEM is. STEM isn’t—nor should it be—a bad or difficult thing to learn.

Emphasis on mentorship and higher education

There needs to be an emphasis on mentors and educators for kids in the Latinx community. This is separate from seeing adults directly in STEM roles, but rather having more adults who can encourage kids to pursue their dreams. Ana says that every kid is encouraged to “dream big” when they’re young, but for some kids in the Latinx community, “It can only go so far when you don’t have the same opportunities or face different socioeconomic challenges, or when your parents don’t speak the same language, or you have additional responsibilities outside of school. Then your ‘big dream box’ is not very big at all. It takes those mentors and teachers to really help you believe in yourself before you do.”

In addition to mentorship, there should be an emphasis on higher education. For Mark, while it took him five years to get through a two-year degree program, he pushed through every day. He says, “When I went to college, there was nobody telling me what time to come home or what to do, so I partied a lot. Later, I got invited to the dean’s office due to my grades and he said that I was on academic probation … and I cried in the dean’s office because it hit me that I was basically getting kicked out. During those five years I became homeless, and my mother just wanted me to come home. But I didn’t give up. I’d rather stick it out and go through college and accomplish what I came there to do, and I finally finished it.”

For a lot of students, college may seem like a scary jump into adulthood—financially, geographically, and academically. But if these students have guidance and mentorship at a young age, college may not be so daunting.

Approaching the Latinx gap in STEM

At Intel, we recognize the diverse culture in the Latinx community, and we are grateful to have people like Maria, Cynthia, Ana, and Mark on our team, helping contribute to closing the Latinx STEM gap. Here’s how:

Maria, a cochair of the Intel Latino Network (ILN), has participated in volunteering activities such as the Intel 40 for 40 Grants, celebrating 40 years of Intel’s presence in Arizona, where Intel distributed USD 100K to 44 teachers, which was especially helpful for teachers who needed equipment for STEM-centered projects and activities.

Cynthia leads the Intel® Learn Easy Steps (ILES) and is also a cochair of the ILN Community Outreach and Education program. This initiative helps parents understand technology so they can facilitate learning for their children at home. Members in her pillar, like Ana Manriquez, help gather volunteers and teach students technical skills such as how to code and how to create a circuit.

Ana also volunteers for the ILN as cochair. She creates opportunities to close the gap by providing technological resources and mentorship for students in rural border towns in Arizona. She partners with local schools and brings in coding workshops, which have lately been done virtually.

Mark provides mentorship for kids in underserved communities, also in Arizona. He’s worked with CompuPower—a mentorship and representation program offered at Arizona State University and other local high schools—as well as Education Empowers Inc., which partners with local Boys & Girls Clubs of America, where he was among 100+ volunteers bringing robotics programs to local underserved kids’ clubs. Finally, Mark participates in Intel’s Make-a-Thon, where students arrive at Intel’s campus and see what STEM projects Intel is working on, and the students engineer their own creations to take home at the end of the day.

Because representation and inclusion are embedded in our framework, we strive to create STEM opportunities not just for our own staff, but for the kids who will define our future. While these solutions to close the Latinx STEM gap are not always simple in practice, we and other STEM companies are certainly capable of making changes to help create an impact on the Latinx community—so kids can see engineers, mathematicians, and scientists who look like them; so kids can feel like a job in STEM is an option for them; so kids can receive the mentorship they need to pursue an education in STEM.

At the end of the day, providing kids of all ages with the tools and resources to succeed is part of our goal of enriching the lives of every person on earth.

Intel (NASDAQ: INTC) is a world leader in computing innovation. The company designs and builds the essential technologies that serve as the foundation for the world’s computing devices. Additional information about Intel is available at newsroom.intel.com and blogs.intel.com.