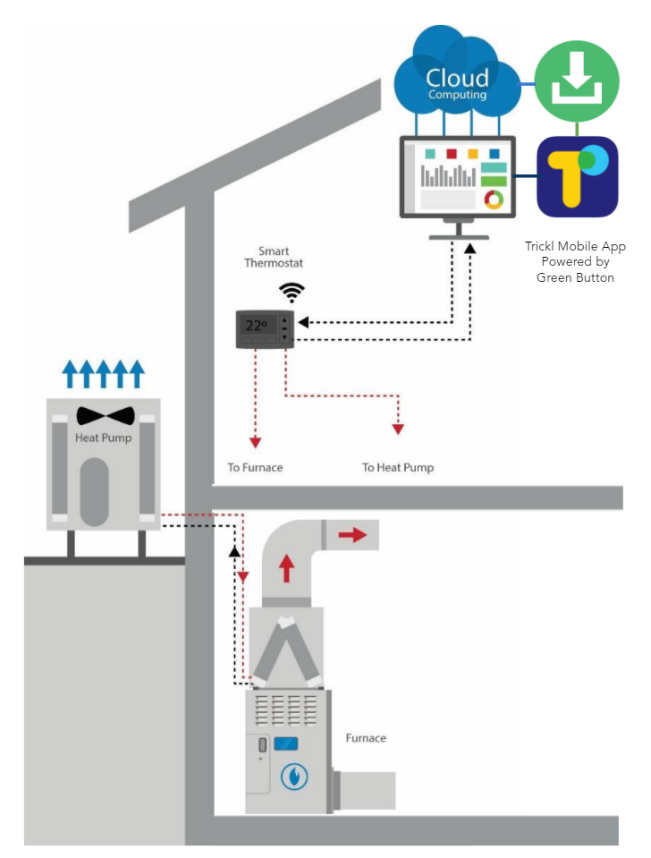 A new pilot project in London, ON is putting a leading-edge residential hybrid heating system through its paces.

The two-year pilot, a collaboration between London Hydro and Enbridge Gas, aims to determine how effectively electric air-source heat pumps, combined with homeowners’ existing high-efficiency gas furnaces, are at reducing greenhouse gas emissions and decreasing energy consumption. It’s the first pilot of its kind in Ontario, and the latest in a growing slate of Enbridge Gas low-carbon initiatives.

“The best thing about the pilot is the leading-edge technology that homeowners will be testing,” says Octavian Ghiricociu, a technology advisor with the Enbridge Gas energy conservation and marketing team.

“Integrated smart controls combined with a hybrid heating system can switch automatically between electricity and natural gas, depending on electricity price signals and weather forecasts,” adds Ghiricociu. “We will be monitoring the impact on homeowners’ energy consumption, as well as their energy costs, greenhouse gas emissions and overall satisfaction.”

Hybrid heating systems can reduce a home’s greenhouse gas emissions by as much as 30% while increasing the flexibility and fuel cost resiliency of its heating system, says Sarah Van Der Paelt, director of marketing and energy conservation at Enbridge Gas. “We are proud to join the City of London and London Hydro in supporting this pilot program and its ongoing commitment to energy efficiency and carbon reduction measures. Together, we’re working towards a future with cleaner energy.”

The city of London and its electricity distributor London Hydro were natural choices as collaborators for the pilot. In 2019, the city declared a climate emergency for the purposes of “naming, framing, and deepening the City’s commitment to protecting our economy, our eco systems, and our community from climate change,” says Jamie Skimming, manager of energy and climate change for the City of London. “Hybrid home heating systems like this are a great new tool to help residents reduce their greenhouse gas emissions, and an important step towards responding to the climate emergency.”

Ghiricociu’s team started developing the concept for the pilot program in 2020. “We began with a roadshow for heating and air conditioning manufacturers during the first wave of the pandemic, educating people about the benefits of smart controls and future compliance with stricter future efficiency requirements.”

By August 2021, the team was ready to start marketing the pilot to homeowners through manufacturers’ HVAC contractor base. “We moved quickly because Enbridge fully supports Natural Resource Canada’s aspirational goals of transitioning to a low-carbon economy,” Ghiricociu says. “In Ontario, our goal is to enable the adoption of technologies that are appropriate for new residential construction and retrofit markets.”

At present, the project aims to replace about 100 existing air conditioners with ducted air-source heat pumps, integrated with smart controls, to create the hybrid heating solution. Eligible customers—including London employees and families of Enbridge Gas and London Hydro—will receive a $3,200 rebate once the hybrid heating solution is installed in their homes. Monitoring and verification of the system runs until August 2023.