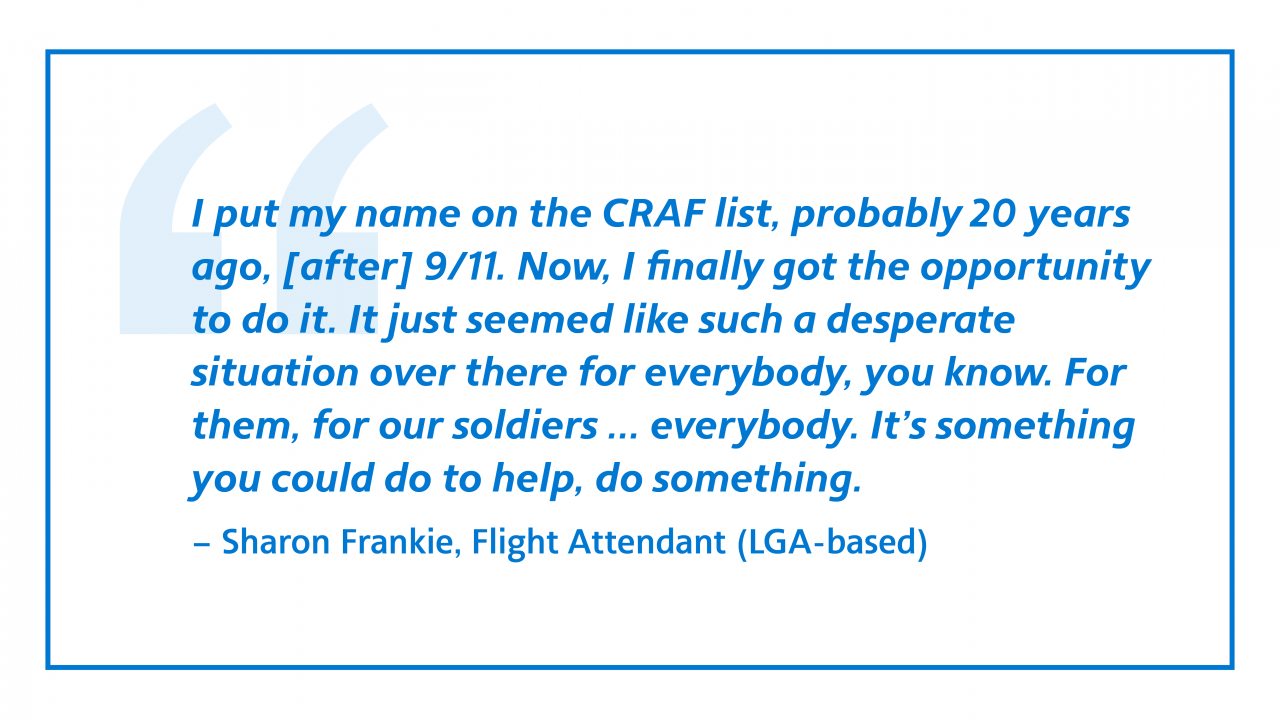 Thousands of American Airlines flight attendants volunteer each year to crew flights of the Civil Reserve Air Fleet, a U.S. government program that provides the Department of Defense with additional aircraft capacity in times of national crisis. Dozens of those flight attendants were called into service recently, willingly accepting the assignment and helping American fulfill its duty to the country. These are their reflections on their experiences as crew members on American’s rescue flights transporting evacuees from Afghanistan. 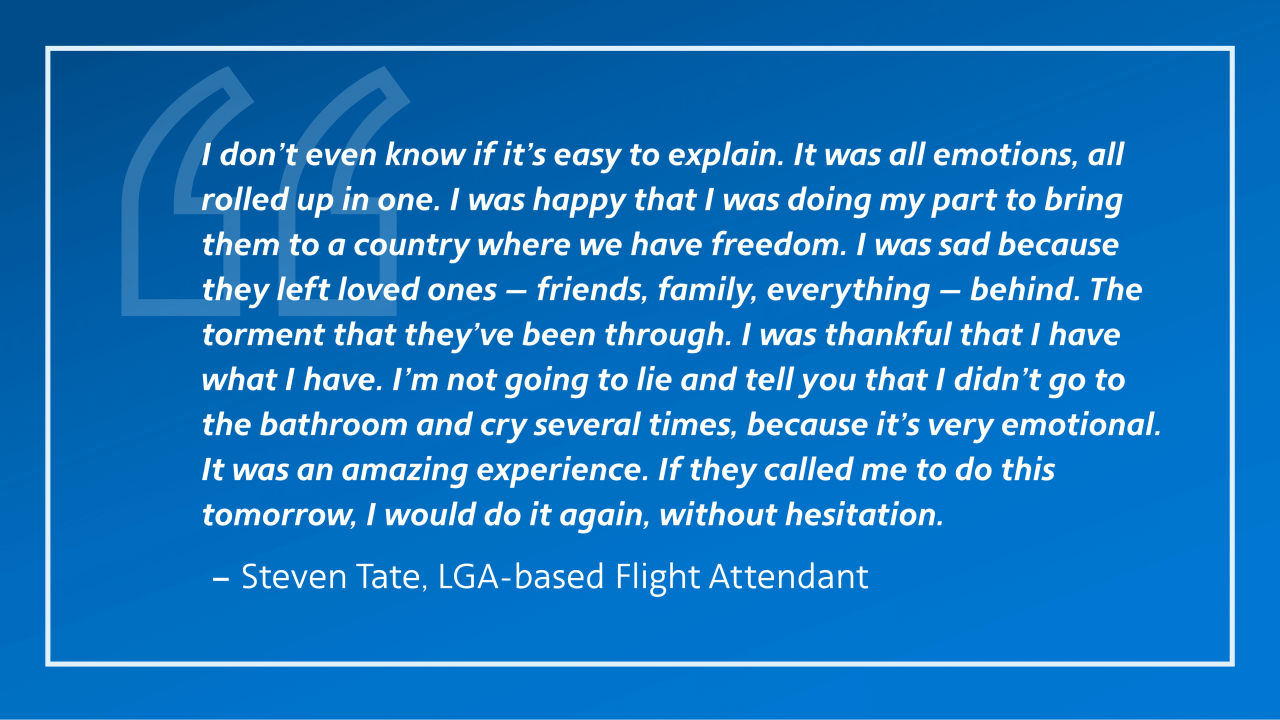