All About Solar Energy

As the largest object in our solar system, the sun makes up 99.8 percent of the mass of all the system's planets and pieces combined. A star that big shines enough light on the Earth every hour to power the world’s annual electricity needs.

Solar panels can’t capture all of that, but every year they capture more than the last. 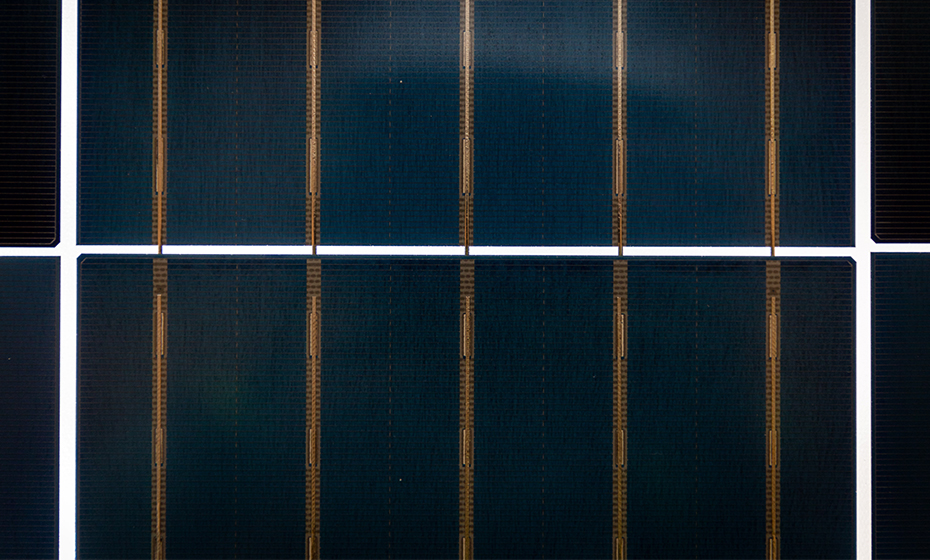 Duke Energy has 180 solar projects in 16 states and can generate more than 10,000 megawatts of electricity from wind and solar. That’s enough to power more than 2.4 million homes and businesses.

As Duke Energy works to reach net-zero carbon emissions by 2050, it will build more wind and solar. By 2050, the company estimates renewables will be its largest generation source supported by an upgraded grid, natural gas and nuclear power to keep electricity affordable and reliable. 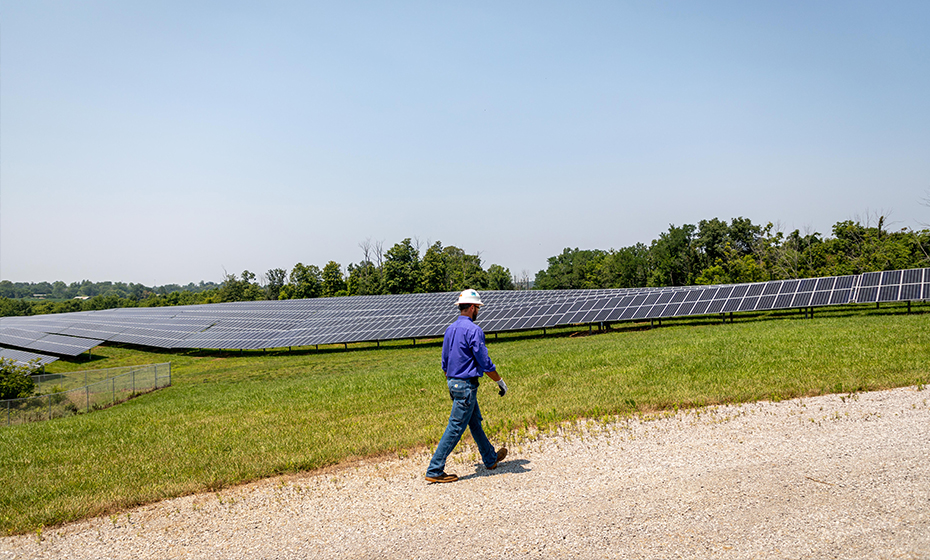 Here’s a look at how solar energy works, its history, and its future.

The panel is a collection of cells that collect the photons and convert them into electrical energy. Photons are like tiny packets of energy. When they fall on the panel’s glass top, they’re absorbed by the cells, and electrons break free from the packet. The cell is made of several layers including a semiconductor (usually silicon) and metals that create an electric current and direct the loose electrons through wires into an inverter, which converts the electricity from direct current to alternating current so it’s compatible with the grid and then the appliances in your home. 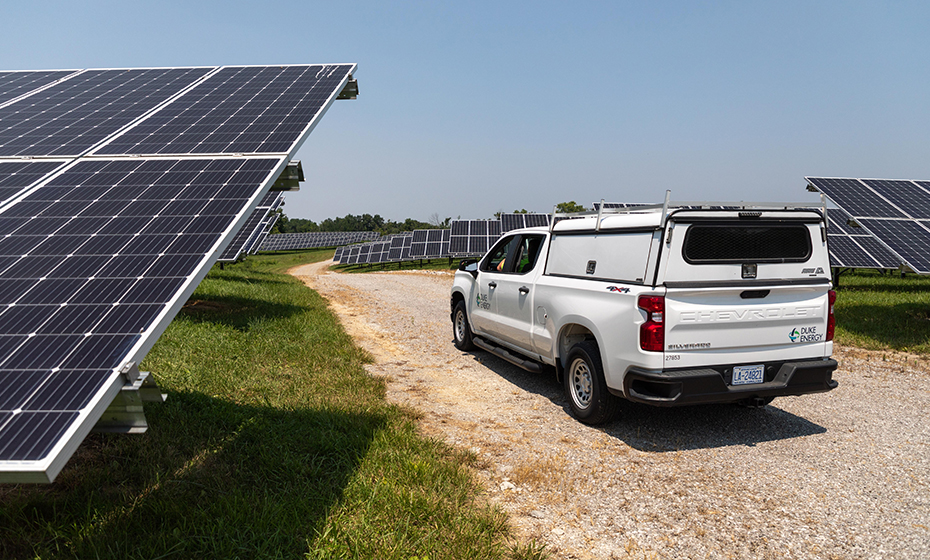 Solar panels as we know them today were invented in the 1950s, but people have used the sun’s power for thousands of years. In 700 B.C. Egyptians and Mesopotamians concentrated sunlight with magnifying glasses made from polished crystals to start fires.

Four hundred years later, Greeks and Romans used mirrors to light torches for ceremonies. Eventually, the Romans would build their homes and gathering places with large, south-facing windows so the sun could warm their rooms.

In the 1700s and 1800s, scientists around the world tried to figure out how to harness the sun not just for fire and heating, but to power machines and generate electricity. The 1800s saw several advancements in solar-generated electricity after 19-year-old French physicist Edmond Becquerel in 1839 discovered the photovoltaic effect – the ability to generate electricity from light.

This paved the way for the first solar cells invented in the 1870s in Europe, but it wasn’t until 1954 when a team of scientists in the United States developed silicon-based solar panels like today’s. 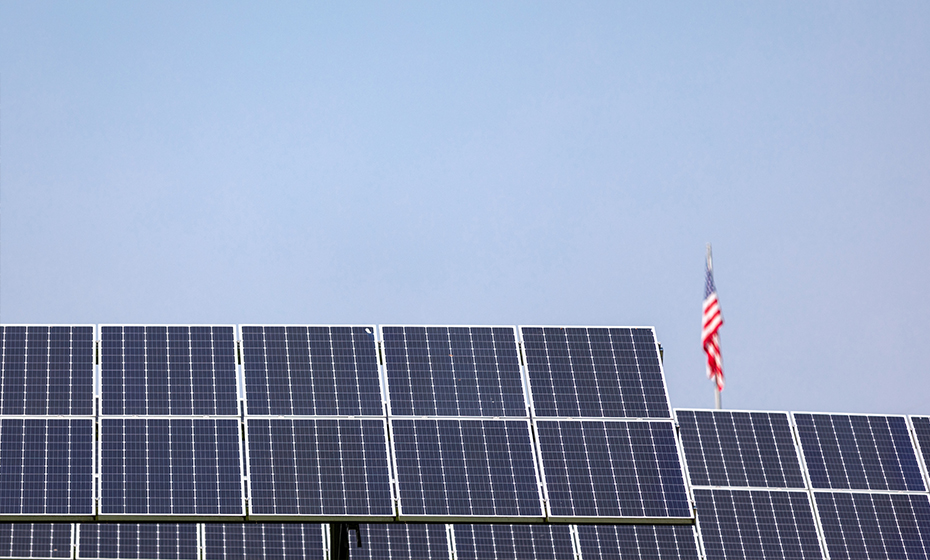 Since 1954, solar panels have improved from converting 2 percent of light to electricity to more than 20 percent. As technology advances, so does efficiency. Some laboratory experiments surpass 40 percent efficiency with different types of panels. Researchers are testing materials including cadmium telluride, copper, and perovskite to make panels more powerful. They have even made experimental cells so thin that they can rest on a soap bubble without it popping.

In the last decade, the cost of solar panels fell 70 percent, which, along with tax credits, has led to substantial growth in solar generation. The United States currently has more than 100 gigawatts of solar capacity compared to the 2.6 gigawatts available in 2010.

The U.S. Energy Information Administration projects that renewables will double from 21 percent of the nation’s electric generation mix to 42 percent by 2050. Solar is projected to surpass wind as the largest source of renewable generation by 2040. 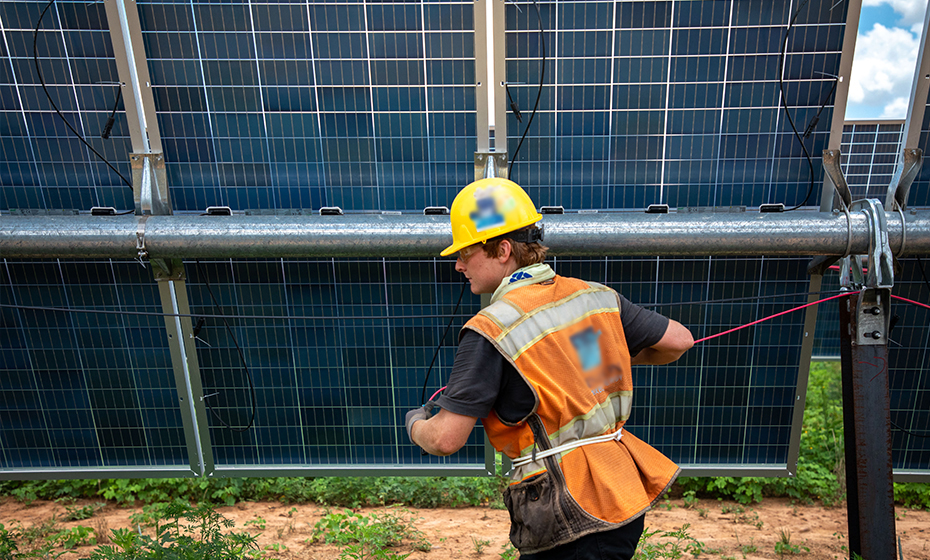 The rapid growth has also led to an increase in jobs and investment in communities where solar projects are installed. In 2020, more than 230,000 Americans worked in the solar sector with solar technician as the nation’s third fastest growing job. In 2019, solar projects generated more than $25 billion of private investment.

In addition to utilities building more solar to power the grid, people are using solar to power their homes and electric vehicles while companies use solar to achieve their own sustainability goals. Companies can invest in solar projects through rooftop or other on-site installations or by a virtual power purchase agreement that allows them to generate cleaner energy without the responsibility of maintaining the system. Duke Energy Sustainable Solutions helped IKEA (among other companies) install and maintain solar at 20 stores to generate enough carbon-free electricity to power as much as 2,000 homes for a year.

Solar power’s limitations include the large amount of land required for utility-scale installations, the intermittency depending on weather and the cost and efficiency of panels. While cost and efficiency continue to improve, new technologies are being developed. Solar trackers, for example, allow the panels to tilt along with the sun’s movement so they’re capturing as much light as possible. 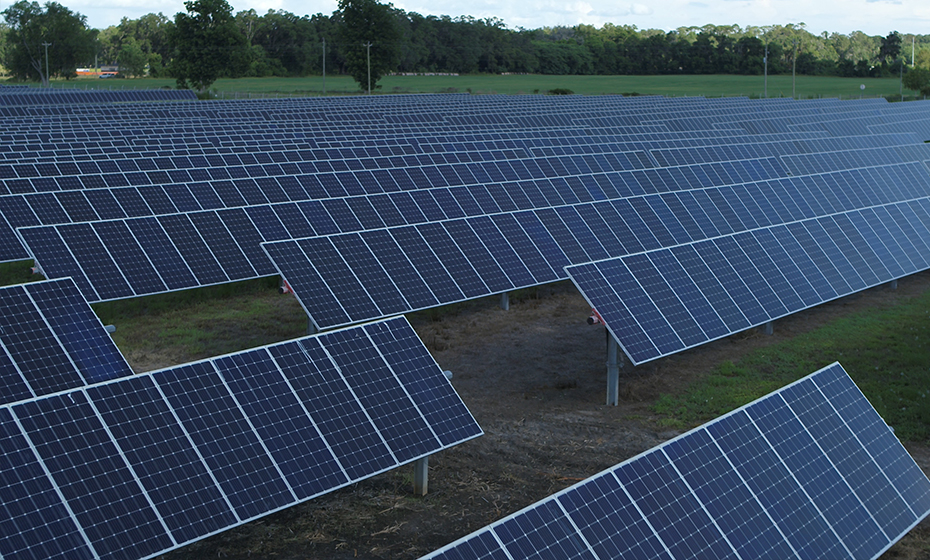 Duke Energy has more than 1,000 megawatts of renewable energy under construction in 2021. With more wind and solar, Duke Energy will also add more energy storage in the form of batteries and upgraded pumped storage hydropower to help with the intermittency and its swings in voltage. The company is also upgrading the electric grid so it can handle a two-way flow of electricity, which wasn’t required when the grid was originally designed.

As Duke Energy adds more renewable energy to its fleet, it will continue to build a diverse generation mix and stronger grid, so its electricity is affordable, reliable and increasingly clean.