Keysight CTO Looks Back on 35 Years: One Score and Fifteen Years Ago

Keysight CTO Looks Back on 35 Years: One Score and Fifteen Years Ago

Today is my 35th service anniversary. Abraham Lincoln's topic gave rise to a more impressive numerical expression than mine, but still, wow, where did the time go? I had kept a decent "scrapbook" folder over the years that could have helped answer that question, but it burned up in the 2017 fire. I did find a couple interesting items in a file at my Keysight office that may prompt a smile. The first is a photo of the Day-Timer (some people still use these things) I had during my last year at Northwestern, showing my start date with HP. That month is blank otherwise, as I had already graduated and was spending a few weeks with my family in Wisconsin prior to driving out to Colorado. I had only been to Colorado Springs once previously, in April of that year for a day of technical interviews, and was excited both to start work as a Production and Test Engineer and to explore the local area.

The second item is from 4 months into my tenure. It relates to profit sharing and has both humorous and serious aspects. At that time employees became eligible for profit sharing after 6 months of employment, and the bonuses were paid twice per year. So no matter when during the year you started working, you wouldn't receive a payout as part of the first cycle that occurred during your employment. Back then the managers would personally hand out the bonus checks to each of their employees along with a word of thanks and a handshake. What did they do for new employees not yet receiving a check? They conveyed their thanks for your early contributions, gave you a hearty handshake, and... a Tootsie Roll lollipop! It was a fun tradition and as a new engineer I appreciated the humor and personal touch.

I consumed the lollipop but kept the wrapper and memorialized the occasion as shown. In this case I still have the actual piece of paper rather than only a photo as with the Day-Timer. An interesting detail in the company letterhead is that Colorado Springs was still using the 303 area code then –– 719 wasn't introduced until 1988. What's amazing to me is that my 23 year-old self recognized that the event might prove meaningful for me down the road. I had forgotten it for a long time but now I'm glad I have this artifact, silly as it may seem to some. 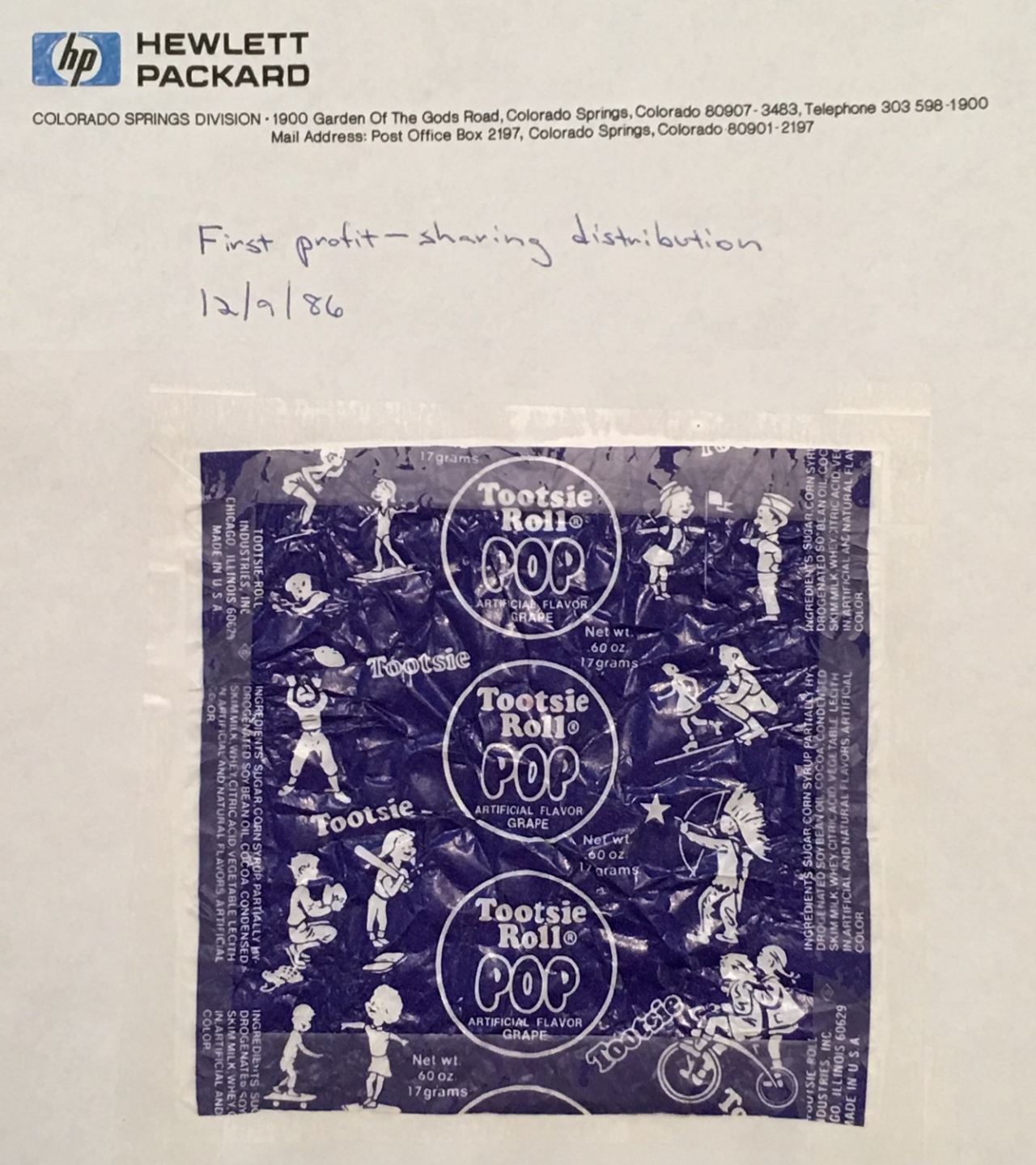 Here's the serious aspect. Hewlett and Packard introduced profit sharing of the type described above in 1962, although they had production and Christmas bonus programs going back much earlier. For a long time the formula was very simple –– take 12% of the pre-tax profits and divide them into the salary base. It was easy to understand and everyone could see how their work contributed to the result. Later on the calculation became more complicated and it was harder for many employees to get line of sight from their roles into the various measures in the formula. 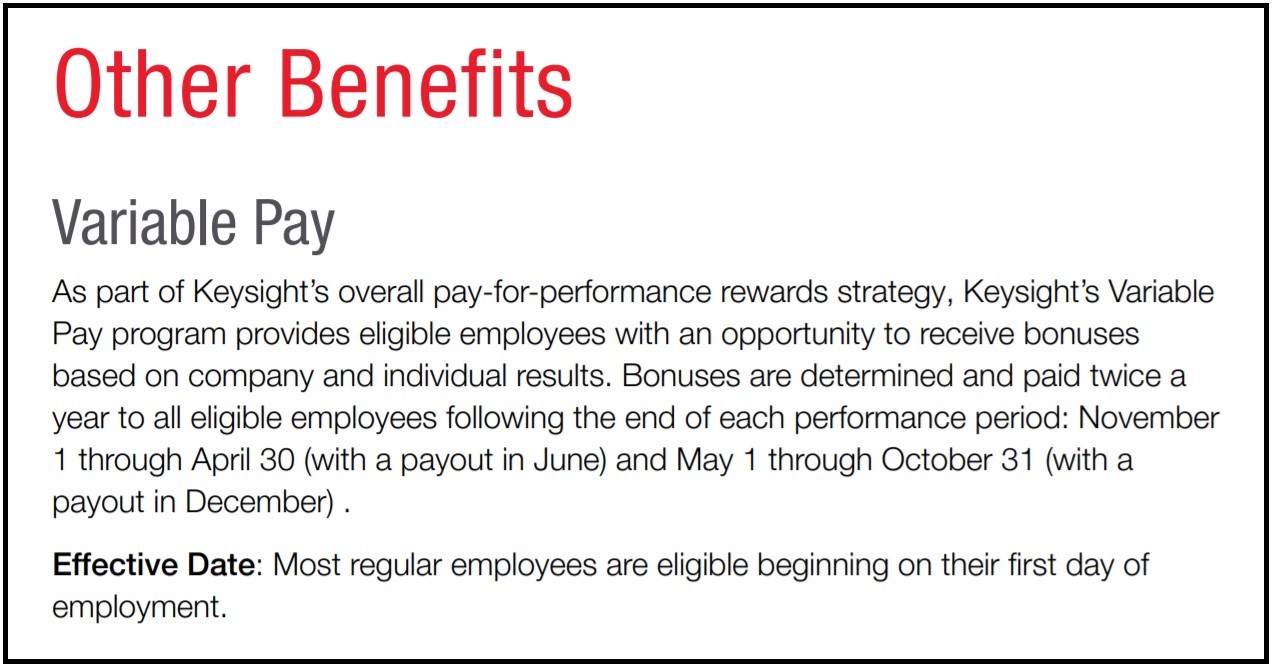 When our CEO Ron Nersesian set up Keysight, he was very clear about his desire to build an employee culture with strong business acumen, so all employees could work together to favorably impact the company's business results, and all employees could benefit from the results they help make possible. The measures driving our variable pay are revenue growth and operating margin –– very foundational and very easy for most employees to impact in one way or another. This is really powerful in my opinion, and it has helped us be successful as a team, especially during the pandemic. It's not the only way we strive to practice strong business acumen, but it's one important element. And as you can see by the description above, there's no eligibility holdoff and so no need for a lollipop component.

I'm grateful to those who gave me a chance back in 1986 and to everyone who has helped me (and put up with me) in the ensuing years. They've gone quickly in large measure because of the great team and the exciting work. Thank you!