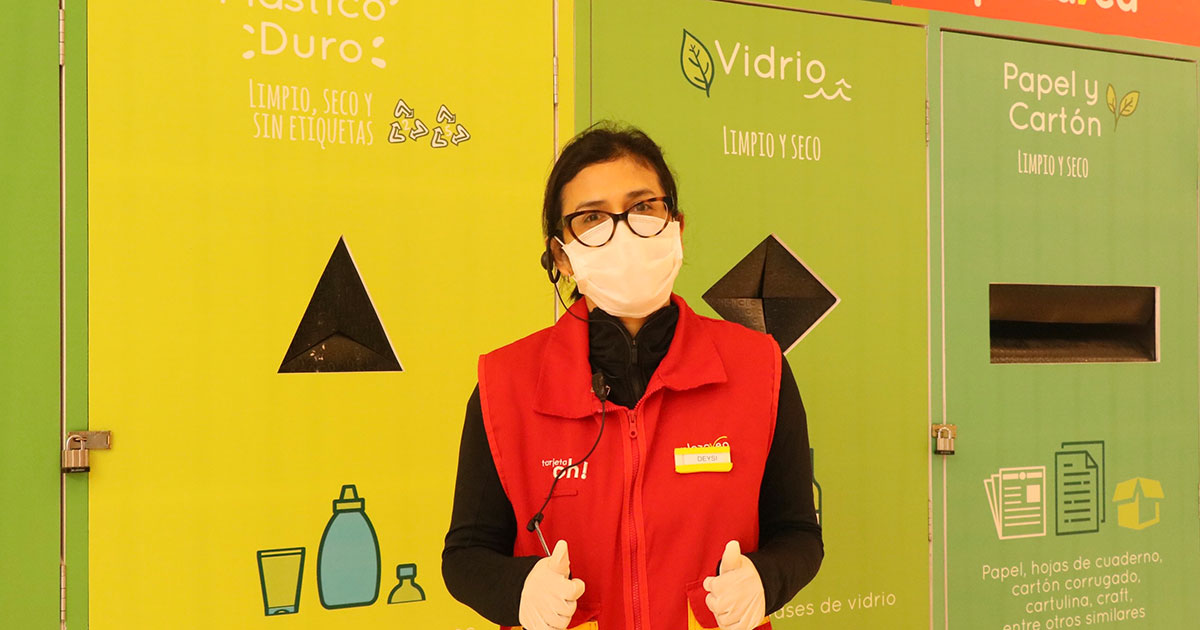 Plaza Vea, one of Peru’s largest and most popular supermarket chains, is hoping to make recycling easier for its customers with a new national recycling campaign. The campaign is called #ReciclaConsciente and it’s designed to both educate about recycling in Peru as well as facilitate it. O-I is among the partners.

There are two parts to the campaign. The first is a concentration on education. #ReciclaConsciente is communicating with consumers using tactics such as publishing environmental awareness on social media and launching a digital environmental volunteer initiative.

In-store messaging reminds shoppers which packaging is recyclable. Through the partnership, O-I created signs located near three glass containers — a juice bottle, a red sauce jar, and a yogurt container – to remind people that glass is fully and infinitely recyclable.

The campaign also seeks to make recycling easy. Plaza Vea has placed recycling stations in more than 50 of its stores. The stations feature bins for different materials, including one reserved for glass bottles and jars.

The education focus of the #ReciclaConsciente campaign runs through October. Plaza Vea says the recycling stations will remain in place long-term.

ReciclaConsciente is an expansion of an existing sustainability program Plaza Vea developed in 2020, which yielded 47 tons of recyclable materials collected in 49 of Plaza Vea’s stores. In addition, through the brand’s use of social media and other digital communications, this vital environmental messaging reached more than six million people in 2020, and more than 81,500 surveys were collected. Plaza Vea expects increased numbers across the 2021 campaign.

Glass is 100% recyclable and infinitely recyclable, making it the perfect packaging material to support a circular economy. Partnering with Plaza Vea on the #ReciclaConsciente campaign is one way we demonstrate our commitment to educating consumers globally about the benefits of glass packaging, and working with valuable partners who share our values to build a stronger, low-waste, circular economy.

At O-I Glass, Inc. (NYSE: OI), we love glass and we’re proud to be one of the leading producers of glass bottles and jars around the globe. Glass is not only beautiful, it’s also pure and completely recyclable, making it the most sustainable rigid packaging material. Headquartered in Perrysburg, Ohio (USA), O-I is the preferred partner for many of the world’s leading food and beverage brands. We innovate in line with customers’ needs to create iconic packaging that builds brands around the world. Led by our diverse team of more than 25,000 people across 72 plants in 20 countries, O-I achieved revenues of $6.1 billion in 2020.