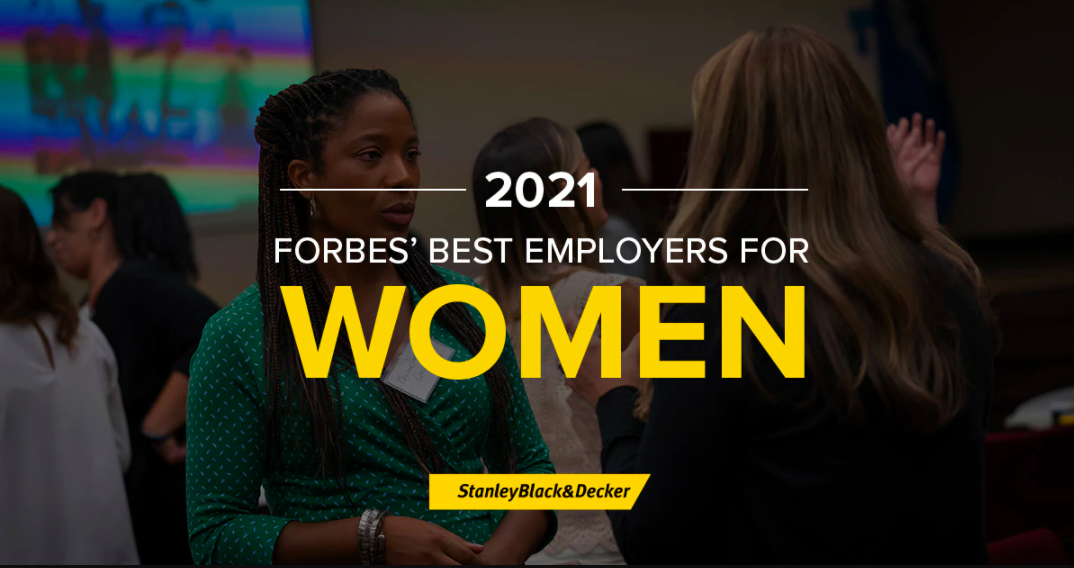 Stanley Black & Decker announced today that the company has been named in Forbes’ annual list of America’s Best Employers for Women 2021.

This year, Stanley Black & Decker ranks fifth in the “Semiconductors, Electronics, Electrical Engineering, Technology Hardware & Equipment” category and #241 out of 300 companies overall. This is the company’s second consecutive year on the list.

“At Stanley Black & Decker, we are committed to fostering a culture of diversity, equity and inclusion with an emphasis on achieving gender parity and racial equity,” said Joe Simms, Chief Diversity Officer at Stanley Black & Decker. “It is an honor to see our efforts being recognized by Forbes for the second year. While we celebrate our progress, there is still much more work to be done. We will continue to do our part as an advocate for gender parity and inclusivity for all.”

Stanley Black & Decker continually advances their diversity, equity and inclusion (DEI) efforts to create a workplace culture where all employees can advance and thrive. The company has nine employee resource groups, including a Women’s Network, focused on career development and community engagement. Stanley Black & Decker is a member of the Paradigm for Parity Coalition to address the gender gap in corporate leadership, they have signed on to the CEO Action for Diversity & Inclusion and they provide ongoing support for world-renowned organizations advancing gender equity, including the UN Foundation’s #EqualEverywhere campaign. This spring, Stanley Black & Decker launched their Returner Program, a 16-week full time paid work experience with potential to expand into a permanent position. The program aims to reintroduce professionals into the workforce who’ve chosen to take a career break for caregiving or other personal reasons.