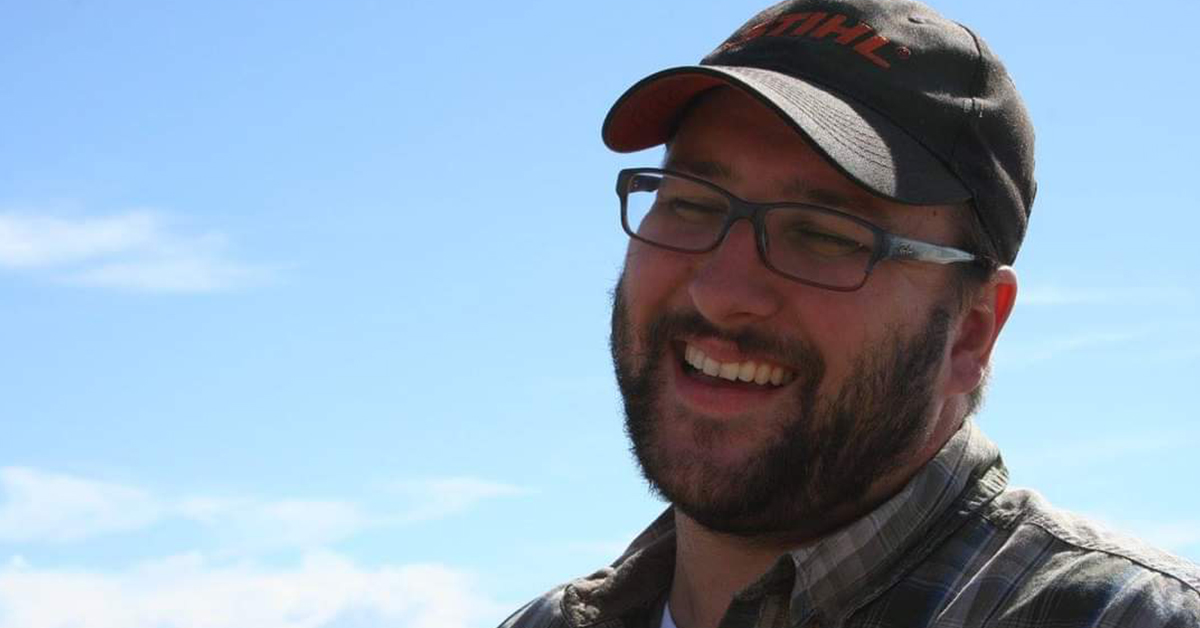 Growing up in Portland, Oregon, sustainability was always central to Brian Faist’s upbringing. His family had a small garden, consistently recycled, and even competed against each other to see who could produce the least amount of trash. But even though he was raised with a fundamental appreciation for the importance of sustainability, it wasn’t something he necessarily planned on turning into a career.

In fact, his career in sustainability was born out of a prank gone wrong.

While attending Northern Arizona University, Brian went on a five-day river-rafting trip with some friends. Some of them thought it would be funny to fill his water bottle with river water. He ended up contracting a horrible case of Giardia, an infection that results from drinking contaminated water.

“That moment was the spark for me,” says Brian. “I started to care about what’s in our water. A lot of times we just drink it and don’t ask too many questions. I started asking those questions.”

Now, Brian works as an Ultrapure Water Technician at Intel, combining his passion for water quality and sustainability. Brian and his team take drinking water and purify it by removing all dissolved solids and gases to ensure it’s just elemental H20 being used across Intel.

“The water we purify touches almost every single process that goes on at Intel,” Brian says. “From cleaning the chips to cleaning the air we breathe.”

Brian has previous experience in public works and was drawn to Intel for its authentic commitment to recycling and large-scale sustainability efforts. Even still, he joined the company with the preconceived notion that he wouldn’t have a place there were it not for his background in engineering. It didn’t take long before he realized how wrong he was.

“There’s this image in people’s minds,” says Brian, “about what Intel is. I had it before I started working here, and I thought it was all just ridiculously smart engineers. And who’s gonna fit in with that? But it takes a whole village to run this place. You’ll probably fit in better than you’d think.”

While employees may come from a variety of backgrounds, Brian feels they are all united in their shared goal to increase sustainability while causing zero interruptions in production.

“We all recognize the importance of what we’re doing,” says Brian. “Everyone is striving to do it the best they can. And you’re never just on your own. There’s always someone you can go to, or a different group that might have some expertise or advice. It’s really collaborative in that sense. We all talk to each other and work together to reach solutions, and you don’t find that everywhere.”

While it’s easy to get overwhelmed by the gravity—and sheer size—of climate change and waste issues, Brian believes we can also do big things on an individual level. He knows real change isn’t going to happen overnight, but every choice we make can have a positive impact.

“You’re only one person,” Brian says, “but there’s seven and a half billion people on this planet. One small change on your part, if everyone adopts that same change, will be a magnificent one.”

Intel (NASDAQ: INTC) is a world leader in computing innovation. The company designs and builds the essential technologies that serve as the foundation for the world’s computing devices. Additional information about Intel is available at newsroom.intel.com and blogs.intel.com.