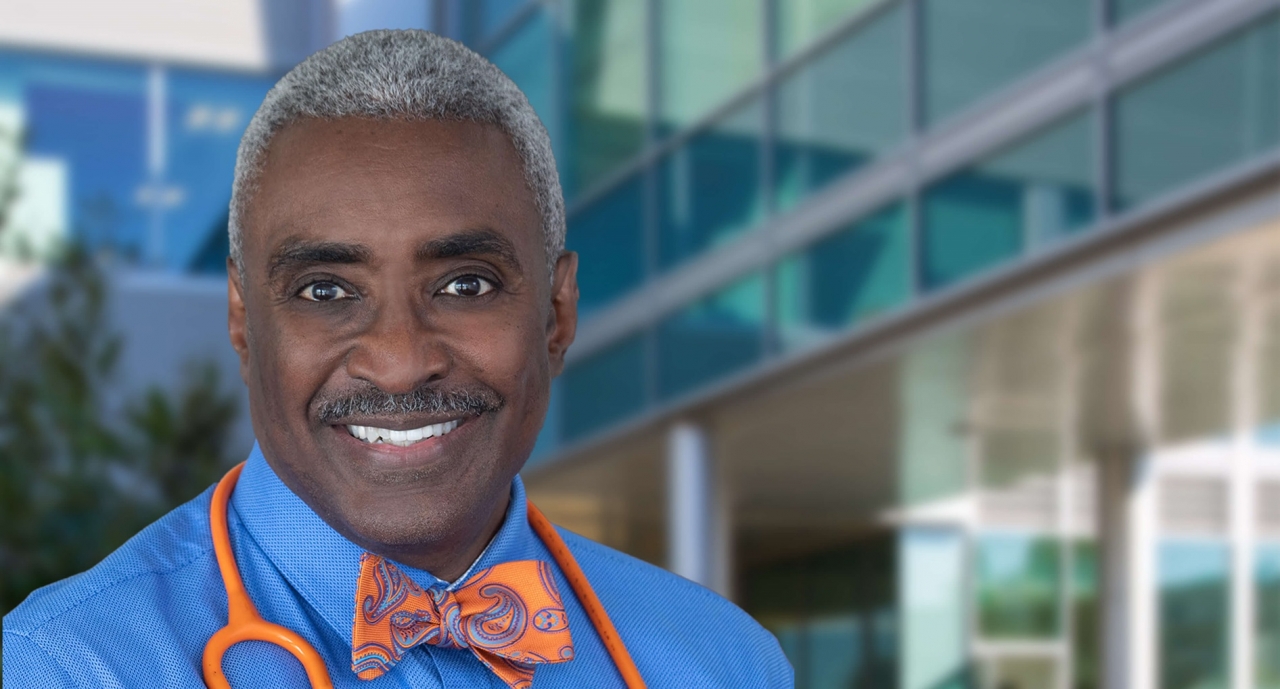 Dr. Theo Hodge, a physician and infectious disease expert with the Washington Health Institute in Washington, D.C., is all too familiar with the disproportionate impact HIV has on the Black LGBTQ+ community. He knows that one of every two Black gay, bi and other men who have sex with men in the United States is expected to be diagnosed with HIV in his lifetime, and he knows that Black men and women are significantly underrepresented in HIV trials.

Now Theo, who has spent decades working on HIV prevention strategies with the Black LGBTQ+ community, is serving as a site investigator for a Gilead clinical trial of an investigational, long-acting injectable for pre-exposure prophylaxis (PrEP). The new study is open to cisgender men who have sex with men, transgender women, transgender men, persons of the trans experience and gender non-binary individuals, people that Theo works closely with as medical director of the institute.

“I’ve been dedicated to uplifting the LGBTQ+ community, particularly African-American men who have sex with men, because I’m a member of that community,” Theo says. “I'm very loud and very clear to the community, and to healthcare providers, that we need to pay particular attention to this population because these individuals are much more likely to end up with HIV than others.”

This trial was designed with input from members of the community and providers like Theo. It offers Gilead the opportunity to better understand how an investigational long-acting injectable for HIV prevention could work in a particularly vulnerable population.

But enrolling people in the trial is no easy feat. For the study, Gilead, Theo and other site leads are looking specifically for people who haven’t been tested for HIV in the past three months and who aren’t currently in HIV prevention care. This means that researchers need to look beyond the clinics and into the community to identify eligible participants.

For this reason, Theo has reached out to the broader Washington, D.C., community for participants. He’s partnered with one of the leading organizations for Black men who have sex with men in the city, and he’s leaning heavily on word of mouth.

There’s also the matter of trust when it comes to looking for participants.

“There are historic obstacles” to the Black community’s participation in trials, Theo explains. He notes that he often hears comments about the controversial Tuskegee syphilis trial, which negatively impacted hundreds of Black men in the United States over several decades.

“There is still major distrust in the African-American community in general, especially among men who have sex with men,” he says. “People have had some horrendous experiences with the healthcare system. So you have all of those different obstacles preventing people from going on to trials.”

Theo’s long-standing career as a physician working in the community means that over the years he has learned how to build trust through education and camaraderie.

“I'm in the setting now where the majority of my patients are patients of color, and they bring all this to the table when they're coming to see me,” Theo says. “I have to do my best as a physician to dispel disinformation and to help them recognize that I have their back.”

While this trial will provide valuable information about a potential new option for preventing HIV, Theo is also using it as an opportunity to communicate to those in the community about their long-term health and wellbeing.

“You were born fabulous, but you have to recognize and understand that sometimes it takes work,” he says of his message for those in his community. “Sexual health is a major part of medical health. So if we’re going to live this fabulous life, then we need to put these prevention measures into it.”