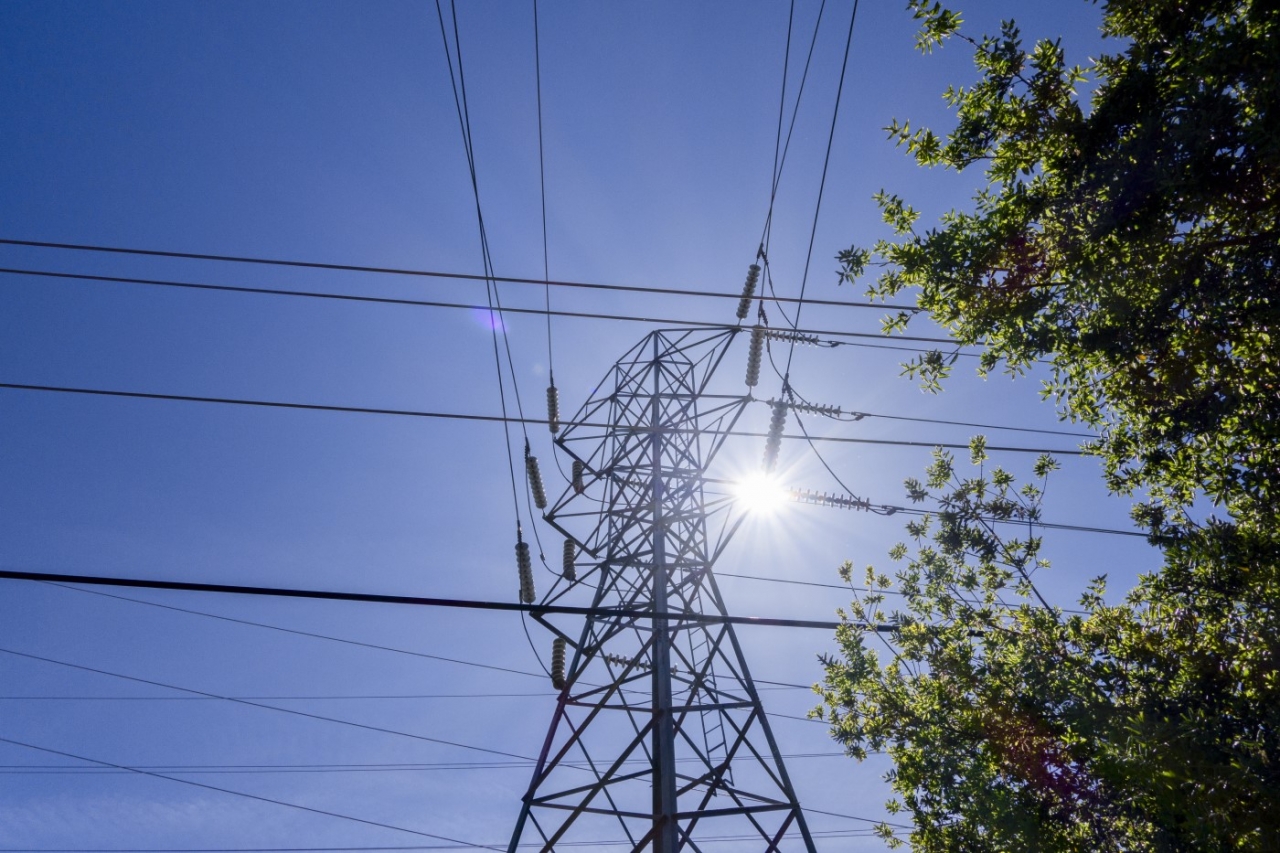 BOSTON, July 21, 2021 /CSRwire/ - U.S. power sector carbon dioxide emissions fell 10% between 2019 and 2020 according to a new analysis released today. This is the largest year-over-year decrease since the Benchmarking Air Emissions of the 100 Largest Electric Power Producers in the United States report was first released in 1997.

While the coronavirus pandemic may have been a contributing factor, the drop in emissions in 2020 is part of a long-term trend fueled by increased renewable generation and coal-to-gas transitions. This year’s report highlighted several dramatic shifts, as the share of power produced by non-hydro renewables jumped 20% from 2019 levels and the share from coal decreased by roughly 17%.

“Industry-wide, the pace of decarbonization is picking up, and as renewables come online to displace fossil fuels, we have the opportunity to accelerate that trend,” said Dan Bakal, senior director for electric power at Ceres. “The growth in renewables has allowed us to separate economic growth from emissions, and this year represents one of the most dramatic decoupling points that we have seen.”

Power companies face intensifying pressure to decarbonize amid a steady drumbeat of net zero commitments and regulatory actions. In April, President Joe Biden announced a nationwide goal of 100% carbon-free electricity by 2035, and his administration faces rising calls from a variety of sources, including power companies, to set an interim goal of 80% clean energy by 2030.

A month later, a report from the International Energy Agency (IEA) modeling pathways consistent with limiting warming to 1.5°C called for all developed countries to reach net zero CO2 emissions by 2045. Under that scenario, renewables would provide 60% of all generation by 2030 and 90% by 2050.

“The power sector continues its march away from fossil fuels, replacing them with clean sources like wind and solar. But there is still a ways to go,” said Starla Yeh, director of the Policy Analysis Group in the Climate & Clean Energy program at NRDC. “We’ll need to at least double the share of clean electricity in the generation mix by 2030 to meet the administration’s goals for the sector of 80% clean by 2030 and 100% by 2035. Now is the moment for the Biden Administration to act. It can accelerate this progress by putting in place a performance standard – either via new legislation or EPA action.”

The benchmarking analysis examines and compares key air pollutant emissions from the 100 largest U.S. power producers, including nitrogen oxide (NOx), sulfur dioxide (SO2), carbon dioxide (CO2), and mercury. This is the 17th edition of the report, marking a consistent record of the sector’s environmental performance and progress. It uses publicly reported generation and emissions data from the U.S. Energy Information Administration and the U.S. Environmental Protection Agency.

While many of the largest power producers have announced commitments and specific strategies to reduce their carbon emissions, achieving the type of rapid decarbonization embedded in company and country commitments will require increased ambition from power companies. Electricity is expected to account for a growing share of energy consumption in the U.S. as the transportation sector and other end uses electrify, the report explains, making a clean power grid a critical part of the pathway to the net zero economy.

“As we enter our third decade of voluntary emission reduction commitments, Entergy takes pride in its leadership of the electric utility industry’s clean energy transformation while recognizing the work we still must do,” said John Weiss, Entergy’s vice president of sustainability and environmental policy. “We are focused as an organization on reducing the carbon footprint of our power generation portfolio, both by ensuring the continued, safe operation of our carbon-free nuclear fleet and significantly expanding our renewable generation assets. At the same time, we’re working aggressively to accelerate beneficial electrification of other sectors through innovative cross-industry partnerships. The report is a critical resource because it allows all of our stakeholders to accurately track, and hold us accountable for, changes in our emissions performance.”

In 2020, zero-carbon power resources produced 38% of all power in the U.S. — an all-time high and continuation of an upward trend. Zero-carbon power increased 6% as a share of total production between 2019 and 2020.

“The Benchmarking Air Emission report is an important measure of the progress we have made in addressing climate change by maintaining investment in renewable energy and existing carbon-free nuclear resources,” said Kathleen Barron, Exelon’s executive vice president of government and regulatory affairs and public policy. “As the nation’s largest producer of zero-emission electricity, we believe it’s critical that policymakers and power companies work together to ensure that competitive power markets recognize the value of new and existing clean energy sources that are essential to addressing the climate crisis and reducing the health impacts of air pollution, which disproportionately affect underserved communities.”

The report also includes extensive analysis of company-level emissions and production data, based on 2019 numbers. The 100 largest power producers in the United States collectively accounted for more than 80% of the sector’s total generation and reported air emissions across nearly 3,500 owned power plants. Fuel mix, emissions, and emission rates still vary widely between companies.

Other key findings from the report include:

This benchmarking analysis is a collaborative effort between Ceres; Bank of America; power producers Entergy and Exelon; and the Natural Resources Defense Council (NRDC). It is authored by M. J. Bradley & Associates.

Ceres is a nonprofit organization working with the most influential capital market leaders to solve the world’s greatest sustainability challenges. Through our powerful networks and global collaborations of investors, companies and nonprofits, we drive action and inspire equitable market-based and policy solutions throughout the economy to build a just and sustainable future. For more information, visit ceres.org and follow @CeresNews.

Exelon Corporation (Nasdaq: EXC) is a Fortune 100 energy company with the largest number of electricity and natural gas customers in the U.S. Exelon does business in 48 states, the District of Columbia and Canada and had 2020 revenue of $33 billion. Exelon serves approximately 10 million customers in Delaware, the District of Columbia, Illinois, Maryland, New Jersey and Pennsylvania through its Atlantic City Electric, BGE, ComEd, Delmarva Power, PECO and Pepco subsidiaries. Exelon is one of the largest competitive U.S. power generators, with more than 31,000 megawatts of nuclear, gas, wind, solar and hydroelectric generating capacity comprising one of the nation’s cleanest and lowest-cost power generation fleets. The company’s Constellation business unit provides energy products and services to approximately 2 million residential, public sector and business customers, including three fourths of the Fortune 100. Follow Exelon on Twitter @Exelon.

NRDC (Natural Resources Defense Council) is an international nonprofit environmental organization with more than 3 million members and online activists. Since 1970, our lawyers, scientists, and other environmental specialists have worked to protect the world's natural resources, public health, and the environment. NRDC has offices in New York City, Washington, D.C., Los Angeles, San Francisco, Chicago, Bozeman, MT, and Beijing. Visit us at www.nrdc.org and follow us on Twitter @NRDC.​

About Bank of America:

At Bank of America, we’re guided by a common purpose to help make financial lives better, through the power of every connection. We’re delivering on this through responsible growth with a focus on our environmental, social and governance (ESG) leadership. ESG is embedded across our eight lines of business and reflects how we help fuel the global economy, build trust and credibility, and represent a company that people want to work for, invest in and do business with. It’s demonstrated in the inclusive and supportive workplace we create for our employees, the responsible products and services we offer our clients, and the impact we make around the world in helping local economies thrive. An important part of this work is forming strong partnerships with nonprofits and advocacy groups, such as community, consumer and environmental organizations, to bring together our collective networks and expertise to achieve greater impact. Learn more at www.bankofamerica.com/environment

Entergy, a Fortune 500 company headquartered in New Orleans, powers life for 3 million customers across Arkansas, Louisiana, Mississippi and Texas. Entergy is creating a cleaner, more resilient energy future for everyone with our diverse power generation portfolio, including increasingly carbon-free energy sources. With roots in the Gulf South region for more than a century, Entergy is a recognized leader in corporate citizenship, delivering more than $100 million in economic benefits to local communities through philanthropy and advocacy efforts annually over the last several years. Our approximately 12,500 employees are dedicated to powering life today and for future generations. Learn more at entergy.com and follow @Entergy on social media. #WePowerLife