Taking Pride in the Pursuit of Parenthood

Taking Pride in the Pursuit of Parenthood 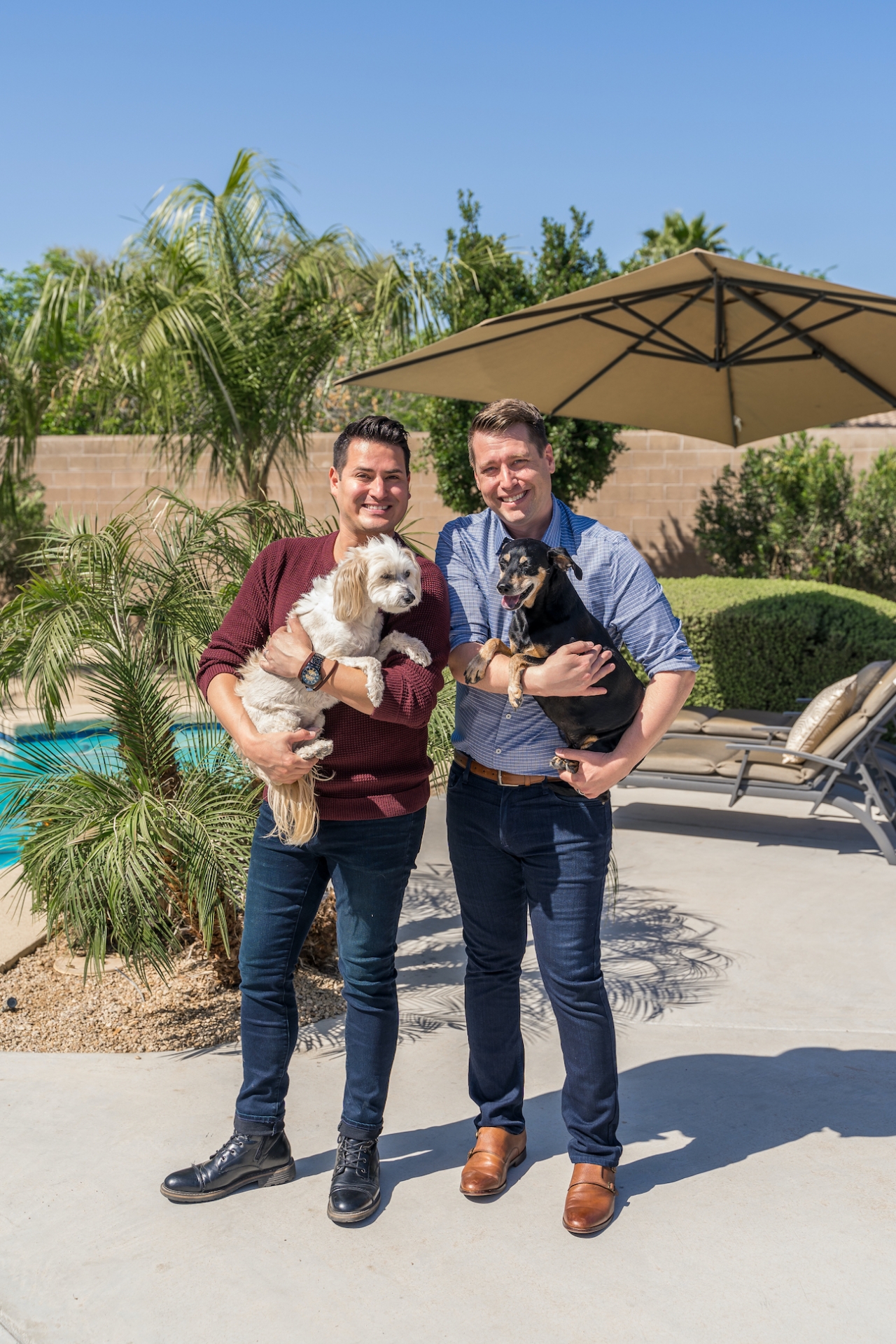 To the LGBTQ community, Pride Month serves as an annual opportunity to reflect on the progress made toward achieving equality. It also provides an outlet for members of the community to celebrate individual and community milestones, both large and small. Despite having made significant progress in the fight for equality, with support from allies and companies like American, members of the LGBTQ community continue to face additional obstacles when working toward similar life goals to their non-LGBTQ counterparts. But, if there’s anything this community knows best, it’s that persistence and taking pride in overcoming obstacles to achieve dreams makes every step of the journey worth it in the end.

Nearly 10 years ago, Phoenix-based Customer Relations Representative Christion Smalley and his husband Devin Miller first crossed paths at a holiday event after being introduced by a mutual friend. From that moment, they embarked on an exciting journey to build a family together, even bringing their canine companions along for the ride.

The couple has a lot to be thankful for as they’ve grown closer throughout the years. They developed a solid support system among colleagues, friends and family and even purchased a home — all while traveling the world, getting engaged in Spain and eventually exchanging vows in Hawaii. In more recent years, they began to discuss their future and the most impactful events from their lives — apart and together — that influence their goals and dreams, one of which is parenthood. It wasn’t surprising to those who know the couple, that their desire to start a family was at the forefront of many of their conversations, as both Christion and Devin have been impacted by adoption. 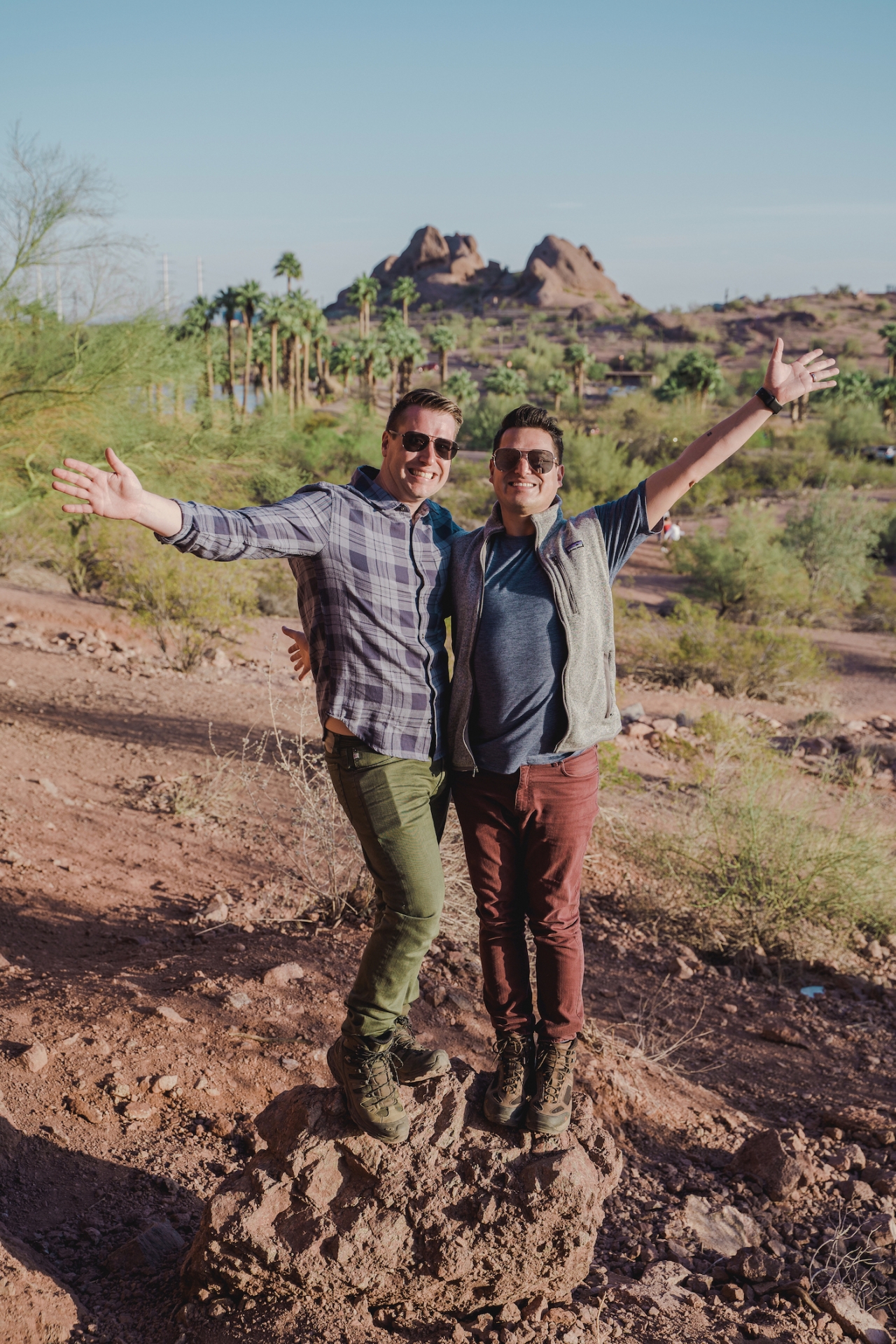 “Adoption runs in our families. Devin’s family was made complete after the adoption of his younger brother, and I was also adopted as an infant,” said Christion. “Had it not been for adoption, it’s very possible that our paths may have never crossed. For that reason, it’s important for us to pursue adoption as the path to complete our family.”

For many couples, adoption is not a viable path to starting a family due to the high cost and the length of time it takes to be placed with a child. In most circumstances, the adoption process can span anywhere from six months to several years. However, same-sex couples are often subjected to longer timelines simply due to their sexuality. In some cases, dependent on the agency, that can mean being automatically denied or having to battle stigmas that exist concerning same-sex couples and their suitability for parenthood — from both expectant mothers and adoption counselors. When it comes to the overall expense, some companies such as American and also Devin’s employer offer an adoption reimbursement benefit to team members to help ease the financial burden of the process.

“The entire experience thus far has strengthened our relationship. Before landing on our current adoption agency, we visited with nearly 10 other agencies,” said Devin. “At times it felt as if we were being disqualified from the process due to the makeup of our family.” After participating in multiple rounds of agency interviews, Christion and Devin realized the importance of working with an agency that has a strong track record of ensuring a fair and equitable process for same-sex couples, and eventually found the perfect local agency to support them on this journey.

“It’s unfortunate that such strong, personal bias exists when it comes to same-sex couples and adoption,” said Christion. “We take great pride in celebrating our differences and are confident in our ability to provide a loving and caring home where our children can thrive knowing they’re safe, loved, supported, cared for and never alone.”

Devin adds, “Regardless of how many layovers we encounter along the way, or however long the journey takes, pursuing parenthood has been an incredibly humbling experience that has already proven that love has no boundaries and everything we’ve experienced in this process thus far will be completely worth it when we have the opportunity to meet our child.”

Christion, Devin, their friends, colleagues, family and the American Airlines team remain hopeful that soon enough their dreams of growing a family will soon become reality.