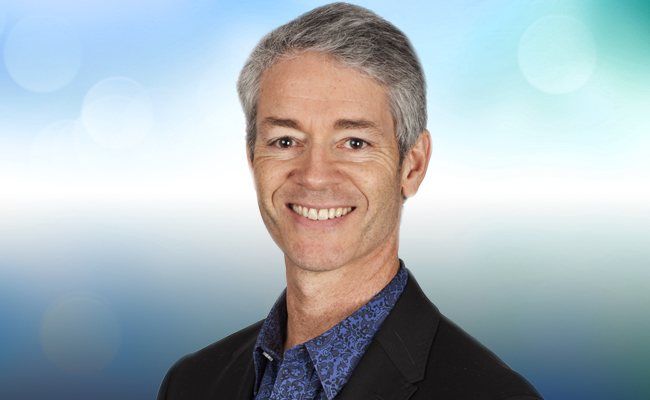 Dr. Richard Cresswell is senior principal and water discipline lead for Tetra Tech in Sydney, Australia. He is an expert in groundwater hydrodynamics, geochemistry, and the use of isotopes for understanding water interactions. Richard has led significant groundwater impact and resource assessments for private and government clients across major infrastructure projects, broad-scale agricultural developments, and the coal and coal seam gas industries.

He has more than 30 years of experience across a range of disciplines—including geology, archaeology, meteoritics, geomorphology, and biomedicine—and has spent the last 20 years focused on water issues. Richard has authored more than 40 scientific journal articles and 20 scientific book chapters.

Richard is chair of the New South Wales (NSW) Chapter of the International Association of Hydrogeologists and a member of both the Australian Water Association and the Australian Institute of Mining and Metallurgy. He is a Fellow of the Peter Cullen Trust, and served as a member of the Federal Minister’s Expert Panel for Large Coal Seam Gas Projects from 2011 to 2015.

How do you describe groundwater—the hidden part of the hydrological cycle—in contrast to surface water?

I think a lot of people still think of groundwater as streams and rivers under the ground rather than water in the ground, in the gaps between rock grains, or along minute fractures.

I also think it’s very hard to grasp the different scale of groundwater sources compared to surface water, both in space and time. In Australia, we often use the Sydney Harbour (SydHarb) as an informal metric of surface water volume. One SydHarb equals 500 billion liters of water. The largest single dammed lake in Australia is Lake Argyle in northern Western Australia, which contains 20 SydHarbs when it’s full. In contrast, Australia’s largest aquifer system is the Great Artesian Basin (GAB), which contains nearly 20,000 SydHarbs of groundwater—all held within the minute pores and fractures of the sandstones that constitute the productive artesian aquifers.

Further, the time it takes for groundwater to move is much slower than surface water. Surface water rushes past in units of meters per second, while groundwater moves at speeds of less than one meter per year. Rainwater recharging the GAB in northeastern Queensland can take more than 2 million years to discharge at a mound spring 2,000 kilometers away in South Australia.

How does groundwater management differ from surface water?

We must stop compartmentalizing groundwater from surface water. It’s not called the hydrological cycle for nothing. We still manage the resources differently, mostly because of the great disparity in time frames and volumes. This causes confusion and problems where we actively see surface water and groundwater interacting or where one becomes the other, such as where groundwater provides baseflow to streams. We need to recognize that water is a continuum, albeit patchy and sometimes discontinuous in space and time. Impacting surface waters will impact groundwaters and vice versa, though perhaps not always in ways or places that we initially think.

We have advised the NSW Natural Resources Commission on water sharing plans and helped protect groundwater-dependent ecosystems around the Carmichael coal mine in Queensland. We actively help governments and resource clients manage water holistically to achieve positive outcomes for the environment without jeopardizing development.

What do you see as the greatest risks to groundwater resources?

Pollution in all its guises. Natural systems do not repair themselves very quickly, or easily. An aquifer can become polluted by increasing salinity, for example from seawater intrusion; introduction of contaminants, such as PFAS or heavy metals; or through changes in chemistry, principally through altering the oxygen levels or changing the pH. Once that happens, it may become impossible to clean the resource except by pumping it out, passing it through an engineered solution, such as a desalination plant, and injecting it back in again. While this is often feasible for wealthy countries, cities, or resource companies, we are ultimately just transferring the problem from one place to another and not solving the fundamental issues.

How do we protect groundwater and its users?

Setting conservative, sustainable yields and monitoring changes to groundwater levels and chemistry are fundamental to any groundwater resource protection. Groundwater-dependent users, including the environment, have become an increasingly important and relevant component of all development approvals in Australia. Critically, compliance with strict management rules should be fundamental to preserve what will become ever increasingly important water resources as climate change increases the impact on our surface water supplies.

Users that extract groundwater via bores are easy to identify, but how do we tell if an ecosystem is groundwater dependent?

Tetra Tech works with clients and partners to use our Tetra Tech Delta remote and surrogate sensing capabilities to detect the influence of groundwater as a proxy for direct measurement of groundwater presence and use. For example, using drones to measure early morning temperature differences in the ground can highlight shallow groundwaters. Deeper sources can be imaged using airborne geophysics, and the presence of groundwater that is supporting dependent ecosystems is highlighted by good vegetation health during dry times, as collected from multispectral satellite data. This doesn’t detract from needing good on the ground monitoring to confirm both the presence and condition of the groundwater, but remote sensing does provide a rapid and targeted component of investigations.

How is climate change influencing how we think about and use groundwater?

Climate change is now a primary driver in all our water projects, and Tetra Tech has a strong climate science team to support our assessments of future water needs. In areas where climate change is resulting in surface water supply becoming less reliable and scarce, groundwater can help mitigate the impacts. We shouldn’t think of it as a long-term solution, however, as the reduced surface water supplies also mean reduced recharge, which often leads to water tables falling faster than they are replenished. This also can result in increasing salinities as the aquifers suck extra groundwater from surrounding rocks, dragging in extra salts and sometimes other, less desirable, elements.

Paradoxically, in places where climate change causes increased rainfall, we may still see falling water tables. Commonly increased rainfall comes as more extreme events, and these shorter, heavier downpours run off the land faster and do not have time to infiltrate the soils and recharge aquifers. This comes right back to the need to understand and manage surface and groundwater conjunctively—that is, to consider the whole water cycle in any assessment of water use and impacts.