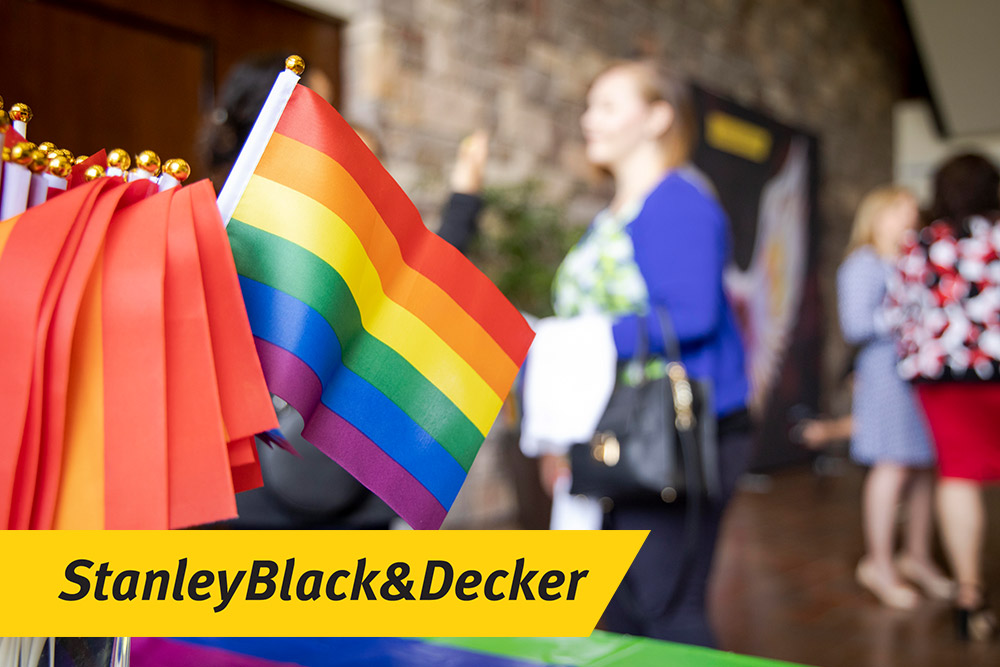 Originally published by the Connecticut Voice

For companies of all sizes, building and keeping a competitive advantage in today’s dynamic market requires much more than offering products and services people want. Customers and employees alike want to be engaged with businesses that reflect their values.

To succeed in the long term, it’s imperative to build a company that reflects and responds to the contemporary world, which means in addition to social, environmental, and governmental responsibility, creating a corporate identity and culture where diversity and inclusion (D&I) is a core value — authentically built into every aspect of an enterprise.

D&I isn’t a new concept. It’s been a management topic since the 1960s when women began entering the corporate workforce in greater numbers. Yet it’s within the last two decades that the people who grew up in this changing world have become a driving force for the future. Their beliefs — and what they want from work and the companies they do business with — have rendered obsolete old orthodoxies such as “military management” and an assumption of white male, heterosexual leadership.

D&I has, in effect, spurred a cultural evolution, and a company’s performance in this area can have a significant impact on its valuation. In businesses of all sizes, the role of implementing D&I programs is now a C-suite function, one that has a profound and positive impact on bottom-line performance. In fact, studies show that a diverse workforce and a culture built on D&I is better positioned to address changing markets, is a better place to work, and most importantly turbocharges innovation. It is an imperative for present success and future growth.

In the case of New Britain-based Stanley Black & Decker, D&I is at the center of a company with 53,000 employees in 60 countries around the world. It is a guiding passion of CEO Jim Loree, and the success is demonstrated by the number of organizations that have cited Stanley Black & Decker as an exceptional place to work. It’s also earned the company a perfect score in the Human Rights Campaign’s Corporate Equality Index, which evaluates companies on the basis of their practices and benefits directly related to the LGBTQIA+ communities.

How a Town Hall Meeting Started a Transformation

When he was six months into his tenure as CEO, Loree had his first company-wide town hall meeting.

“I got up and I started talking about different things, performance, innovation, social responsibility,” he says. “And then I talked about diversity and inclusion, and I got really pointed about it. And I said that we are going to be a company that welcomes, with open arms, all diverse groups. And I said ‘African Americans, Hispanics, women, LGBTQIA+ folks.’ It was a live audience. There was at least one gasp and several people broke into tears.”
Loree notes that when he joined the company in the late 90s, they talked about diversity, but it has been in the past five years under his watch that the company’s efforts have accelerated.

“We really turned it into a strategic component of our company’s cultural and talent development platforms,” he says. “There’s an incredible war for talent going on, and if you don’t actively seek out diverse individuals, you are screening out two-thirds of the talent.” He adds that the company is experiencing the power of D&I, saying, “there’s documented proof that diverse and inclusive teams perform better, and I’ve definitely seen that here. They’re also more resilient and prepared for the future.”

For Loree, though, it goes beyond strategy or performance studies. It’s a human issue; it’s personal. “I’m a big believer in equality and equal opportunity. It’s a deep belief I hold, so for me it was very authentic and easy to embrace diversity. In my seat, the power to influence is so high. We’ve made a lot of progress over the last five years, and there’s still significant opportunity ahead.”

To support this commitment, Stanley Black & Decker has nine Employee Resource Groups (ERGs) designed to create support and information for members and as a tool for all employees to understand different perspectives. They include groups dedicated to abilities; veterans; women; working parents; African, Asian and Hispanic ancestry; developing professionals; and LGBTQIA+. Loree notes that almost half of the company’s salaried employees are involved in these groups and deeply engaged. He adds that the entire executive team is involved by sponsoring ERGs, and that participants are getting valuable leadership experience and interaction with the executive team, including those at the board level.

“Of all the groups, Pride and Allies was perhaps the most restricted in terms of what they could and couldn’t talk about and how they came to work,” he says. “I realized that if I can be supportive to them and be a role model for the rest of the leaders and executive sponsors, it’s the most productive way to get the resource groups off the ground and affect some positive change for the LGBTQIA+ community in our company.”

Loree himself is the executive-sponsor of the Pride and Allies group.

Fiona Mohring, who says she “bleeds black and yellow” (the corporate colors of Stanley Black & Decker), is as ardent a supporter of the ERGs as Loree. As she says, her “day job” is vice president of health and group benefits, but her “gay job” is co-chair of the Pride and Allies steering committee. One would be hard pressed to know which role she loves more.

As she explains, “the purpose of the Pride and Allies employee resource group is to bring together people who have a like-minded desire to foster education around our community and be able to serve the community.”

“So, what does that mean? One of our biggest initiatives is what we call ‘LGBTQIA+ 101 Safe Zone Training.’ That’s where we do 90-minute session with employees, managers and leaders about the LGBTQIA+ community. We talk about coming out. We talk about the letters and what they all mean. We talk about unconscious bias.” She adds that for many participants, it’s their first introduction to the community, and that it has been very successful in raising awareness and breaking down barriers.

Mohring’s own story is a testament to the power of D&I. She started at Stanley Black & Decker (then the Stanley Works) in 2005, and at the time was in a heteronormative marriage with two kids. Four years later, she fell in love with a woman and came out. It was a time of great self-questioning and examination, but ultimately after a very amicable divorce, she married her wife. Still, she felt that despite a supportive manager, she couldn’t bring her authentic self to work. So, she left and went to a company which had a long history of LGBTQIA+ inclusion.

From afar, she watched how Loree was transforming the company culture, and when the chance to return presented itself, she leapt at it.

A Culture of Allyship

As Loree says, the Pride and Allies group, and all the ERGs, create a culture of allyship in which every employee of the company is an ally to every individual. He says, “that with a company-wide level of support for all these diverse groups who really live D&I, then we will actually live in and operate a company where we have achieved the art of the possible.”

Mohring adds that there are three things companies need to be successful with D&I. First, senior leadership needs to buy in and support it unequivocally. Second is to hire a Chief Diversity Officer who can really represent these values, champion them, and integrate them into the corporate culture. And, most importantly, it needs to be an active, visible and collective conversation throughout the organization. In addition to in-person events, employees have engaged with and benefitted from talking about D&I online through the company’s Workplace social and communication collaboration platform – which amplifies important messages and shares them in local languages around the world.

It is a huge shift, but it’s one that for Stanley Black & Decker has driven new heights of innovation and success. And everyone gets a share of the pride.