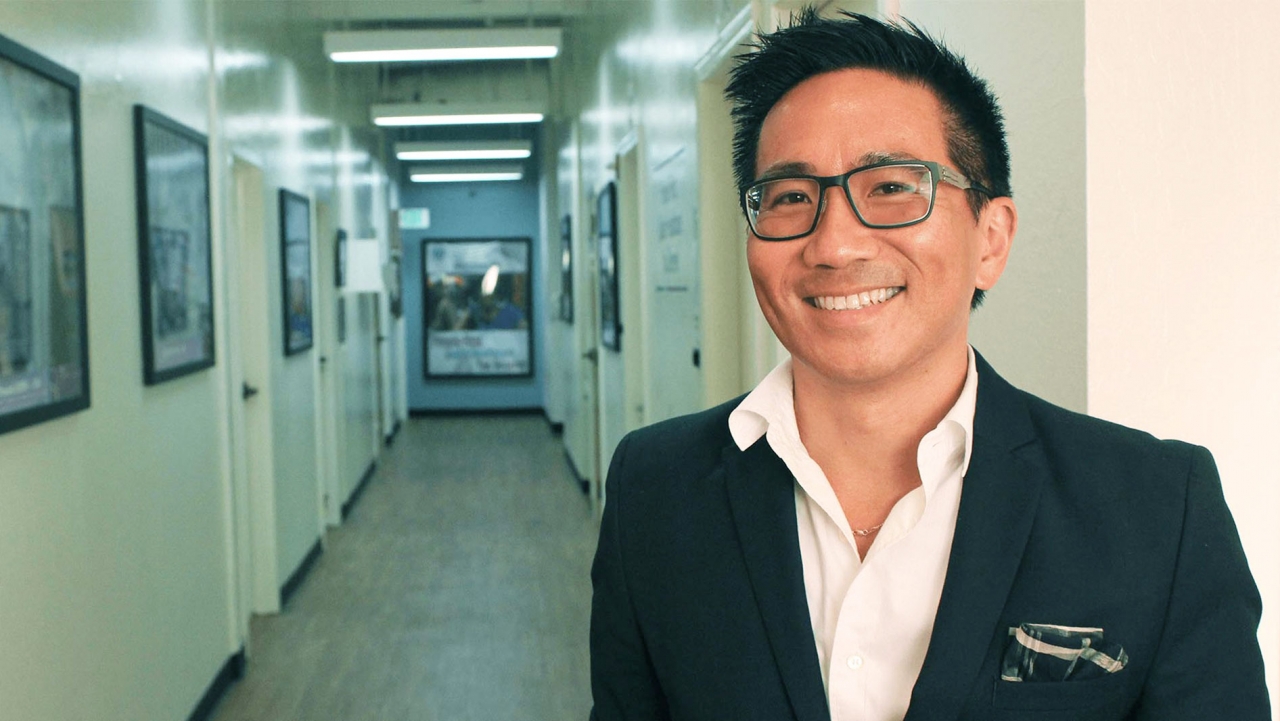 Lance Toma was looking for community. Raised in Hawaii, he came out as gay when he moved to Chicago as an adult and found work serving LGBTQ+ youth and adults there. However, at the time there were few resources specifically created for LGBTQ+ Asian Americans and Pacific Islanders.

“I could see there was such a dissonance about race,” Lance says. “I kept thinking ‘How can I serve my AAPI community?’”

The answer came in 1999, in the form of a job offer in San Francisco. API Wellness, now called the San Francisco Community Health Center, was looking for a director of programs and Lance moved across the country and took the job. In 2006, he was named executive director. Fifteen years later, he continues to create innovative programs and resources aimed at supporting the health and wellbeing of the LGBTQ+ community and people of color.

The center was originally founded by the AAPI community in response to the HIV epidemic in the 1980s, to address the unique cultural barriers to testing and treatment experienced by the Asian American and immigrant community. Reaching this community continues to be a national challenge – the Centers for Disease Control and Prevention (CDC) estimates that as many as 20% of Asian people living with HIV in the United States are undiagnosed, the highest rate of any race and ethnicity.

In 2005, Lance and his team founded the first National Asian and Pacific Islander HIV/AIDS Awareness Day in collaboration with the CDC, with the goal of increasing testing rates, combatting stigma and preventing delayed treatment for HIV.

Shortly after, the team created the Banyan Tree Project, a storytelling program that supports AAPI and LGBTQ+ people living with HIV in sharing their experiences, in an effort to educate others in their communities.

“Storytelling is a powerful way that we can change the hearts and minds of our biological families,” Lance explains. “We get to a core story around what a person’s life-changing moment was and then produce a library of digital stories. This can really move the needle around family acceptance, coming out and even helping individuals feel ready to share that they are living with HIV.”

The organization has changed over the years, as staff adapted to the ever-evolving needs of the center’s communities and began expanding its resources to include the myriad intersections of the LGBTQ+ AAPI community. The center currently serves people of transgender experience, sex workers, people experiencing homelessness, refugees and all communities of color.

“Our competencies, our passion and our focus are on folks who are stigmatized and struggle with direct access to the healthcare system,” Lance explains. “We have always been that safety net.”

Today, the organization is emerging from an intense year. The COVID-19 pandemic meant that the center had to pivot to serve people outdoors, as opposed to inside the sanctuary of its clinics.

In addition to COVID, the George Floyd protests and the Black Lives Matter movement took an emotional toll on staff and, more recently, the team has grappled with the violence inflicted upon the Asian community in San Francisco and across the United States.

“That hate has impacted us on many levels,” Lance says. “There’s a mental health impact on our staff, and we’re meeting more than we ever have. It helps to make sure that when these things happen, there’s an automatic place where we can talk about it and share. We’re also seeing so much stress and anxiety in people coming in.”

Looking ahead, Lance knows the heart of the center will keep beating. Every day, he draws from his Okinawan and Hawaiian heritage to tackle the challenges in front of him.