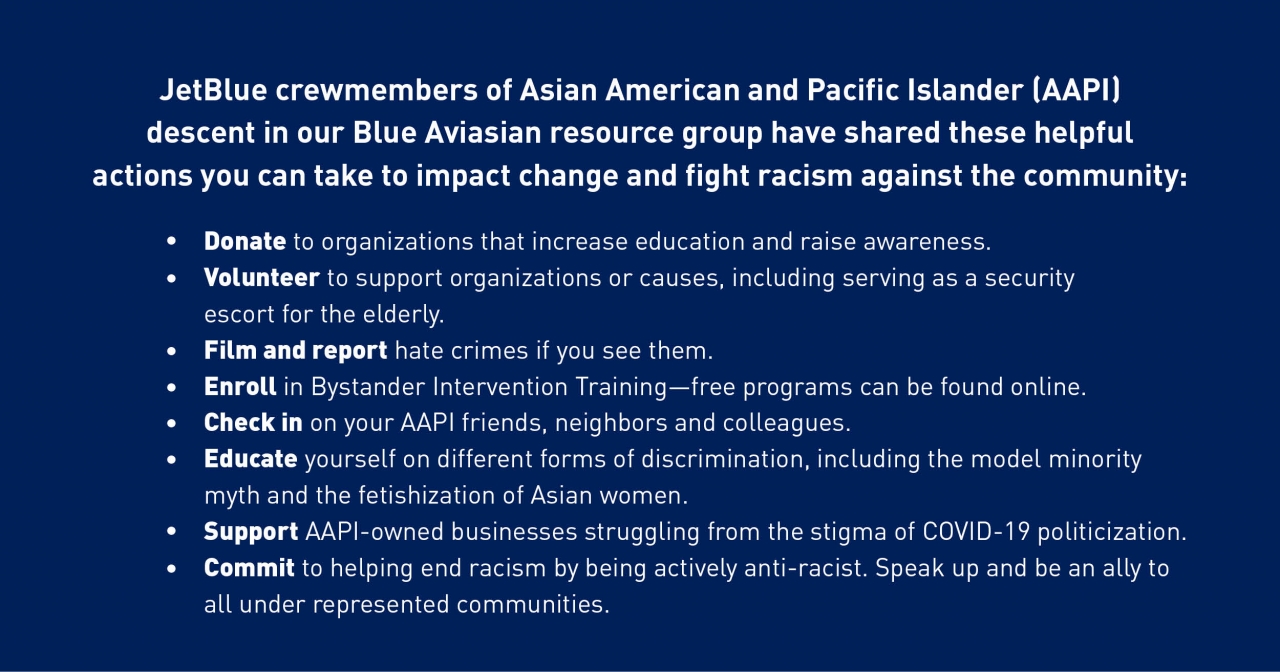 As we conclude this year's Asian American Pacific Islander (AAPI) Heritage Month, our theme throughout May has been allyship and solidarity. While May is a time to recognize the many contributions Asian Americans, Pacific Islanders, and Native Hawaiians have made to the American story, as well as the challenges they face, we encourage this recognition to continue throughout the year.

Although the rise in violent attacks against the AAPI community has come to the forefront, it’s important to remember that this month is about celebrating AAPI Heritage. Over 22 million Asian Americans trace their roots to more than 20 countries in East and Southeast Asia, as well as the Indian subcontinent and the Pacific Islands. In fact, nearly 7% of the US population is of Asian and Pacific Islander descent.

This year marks a series of firsts for Asian Americans. Already in 2021, we’ve seen a record number of AAPI individuals elected to Congress; Kamala Harris, who is of Black and Indian descent, sworn in as Vice President; and Katherine Tai confirmed as the top US trade envoy, the first Asian American and woman of color to hold the position. Asian Americans have also made huge strides on screen, with Chloé Zhao becoming the first woman of color and first woman of Asian descent to win an Oscar for Best Director, and Yuh-jung Youn as the first Korean actor to win an Academy Award. Yet for every well-known person of Asian descent, there are countless unsung heroes such as Hazel Ying Lee, the first Chinese American woman aviator, and the first Chinese American woman to fly for the US military. This is what AAPI Heritage Month is about – honoring heroes that may be missing from history books.

JetBlue stands in solidarity with the AAPI community to stop Asian hate. Racially motivated hate is unacceptable and goes against the very concept of humanity and everything we stand for as a company.

Over the past year, as issues of racism and social justice have moved to a national stage, our mission to inspire humanity has never seemed more relevant. One way we can bring it to life here at JetBlue is by using our voice to unite crewmembers, customers and the communities we serve during difficult times. Our Blue Aviasian Crewmember Resource Group has shared tips on how to safely become an upstander, supporting those being attacked or bullied.

Additional support has included events and guided discussions, such as our internal Lift Every Voice speaker series, where this month, Crewmembers were able to listen and learn from CeFaan Kim, Correspondent for ABC News and reporter on AAPI hate crimes in NYC. CeFaan shared context around the historical barriers the AAPI community has faced, the current rise in hate crimes since the pandemic and its impact to the community, as well as ways for people to stand in solidarity with the AAPI community to #StopAsianHate. The event provided a deeper understanding of the current climate in the New York-area, and broadened perspectives of what it means to stand as an ally.

We must work together to combat xenophobia against the AAPI community. To bolster our efforts, we continue to foster relationships with community and non-profit partners to offer engaging and supportive resources to in allyship with the AAPI community. We are working to partner with more organizations, such as Hollaback!, to provide bystander training and education to help equip our crewmembers with tools to identify and actively address xenophobic harassment. Change starts with advocacy and continues with actions.

Reporting acts of violence and discrimination in the community: