VANCOUVER, British Columbia, June 2, 2021 /3BL Media/ – Methanex Corporation (TSX:MX) (NASDAQ:MEOH), the world’s largest producer and supplier of methanol, today released its 2020 Sustainability Report to share its progress on the material environmental, social and governance (ESG) topics of most importance to the company’s business and stakeholders.

Methanex has reported on its sustainability performance since 1997 and this year’s report provides greater transparency and comparability by aligning its disclosures with the Sustainability Accounting Standards Board (SASB) standards and some elements of the Task Force on Climate-related Financial Disclosures (TCFD) and Global Reporting Initiative (GRI).

“As a leader in the methanol industry, Methanex is dedicated to working with our many stakeholders to build a sustainable future together,” said John Floren, President and CEO of Methanex. “Our 2020 Sustainability Report highlights our performance across a wide range of ESG metrics and the actions we are taking to support long-term value creation and contribute to the sustainability of our business and society.”

An essential building block for hundreds of products, methanol supports the transition to a low-carbon economy by enabling products that contribute to energy-efficient buildings and cars, solar panels and wind turbines, among others. Methanol is also a clean-burning fuel that significantly reduces automotive and marine vessel engine emissions compared to traditional fuels.

“We are constantly seeking ways to use carbon fuels more efficiently and reduce carbon dioxide emissions across our operations when we produce and distribute methanol,” said Floren. “Also, as early investors in renewable methanol technology, we will continue to evaluate and make investments in renewable and low-carbon methanol. We are also supporting the growing market for methanol as a low-emissions fuel for the shipping industry, as well as other markets such as industrial boilers and automobiles.”

Report highlights in these areas include: 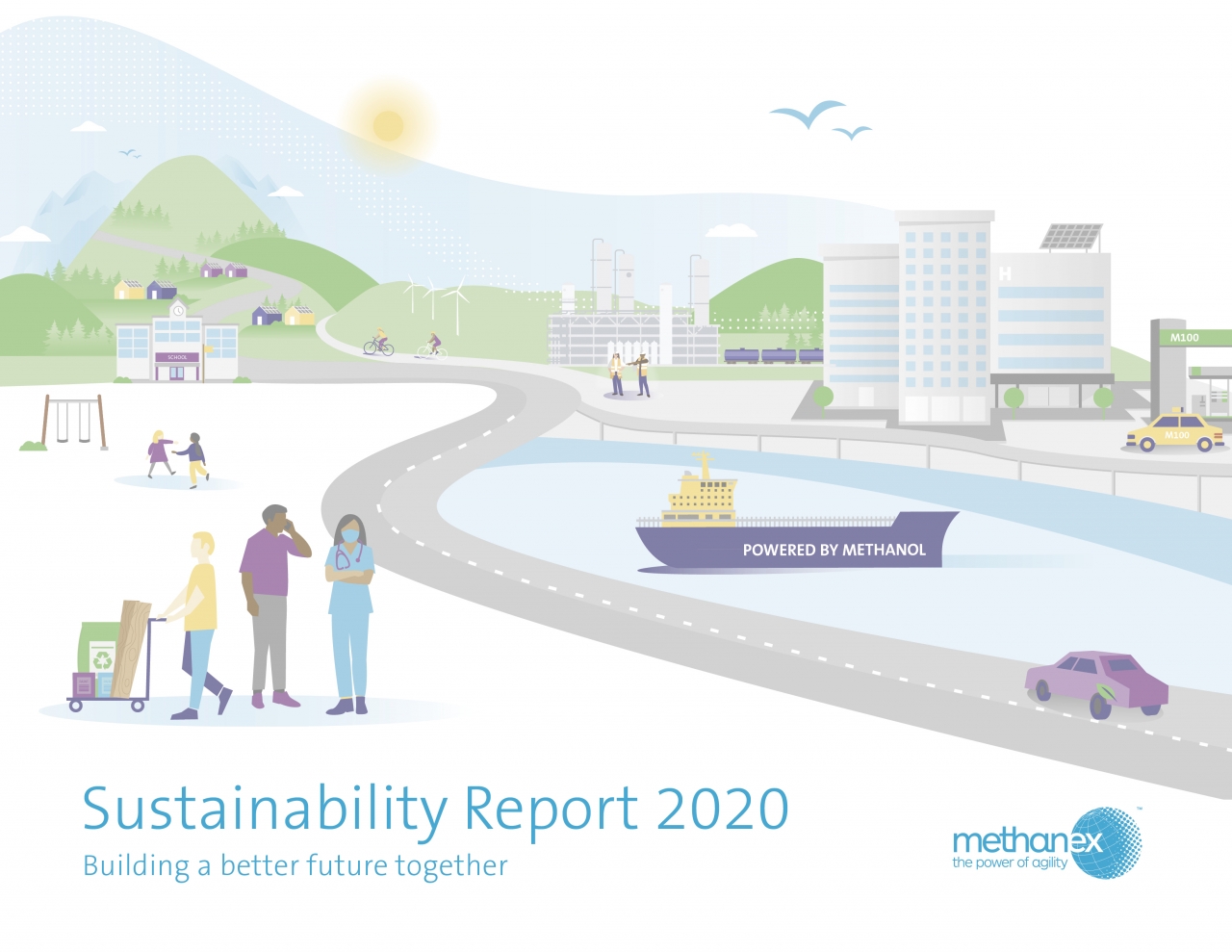 The 2020 Sustainability Report also highlights other sustainability achievements during a challenging year amidst the COVID-19 pandemic. These include examples of how Methanex drives safety throughout its operations and supply chain, supports a diverse and thriving workplace culture and contributes meaningful value to the communities where it operates. Highlights include:

To read Methanex’s full 2020 Sustainability Report please click here. We welcome feedback on our report to help ensure our disclosures meet the information needs of our many stakeholders. Click here to provide feedback:

About Methanex Corporation
Methanex is a Vancouver-based, publicly traded company and is the world's largest producer and supplier of methanol to major international markets. Methanex shares are listed for trading on the Toronto Stock Exchange in Canada under the trading symbol "MX" and on the NASDAQ Global Market in the United States under the trading symbol "MEOH”. Methanex can be visited online at www.methanex.com.

Methanex Corporation is the world’s largest producer and supplier of methanol to major international markets in Asia Pacific, North America, Europe and South America.Through our global leadership in methanol, our overarching goal is to create value for our customers and stakeholders by producing an essential product that also provides an alternative low-emissions fuel.