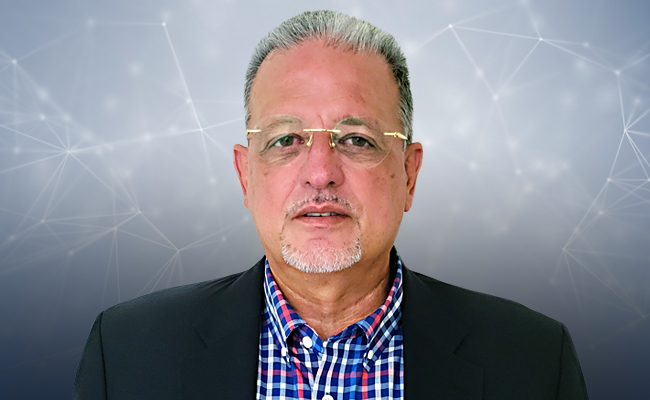 “When I discovered life underwater, I knew that I would be close to the ocean for the rest of my life,” said Ernesto. “Living in the Caribbean was important, but an interesting note is that I got my open water diver license in Seattle where I studied oceanography. Later in my career, I also studied environmental engineering management aiming at developing intervention strategies to address coastal and marine environmental challenges.”

Ernesto is a lead author of the Fourth National Climate Assessment report’s U.S. Caribbean chapter and served as state on-site coordinator for the Federal Emergency Management Agency’s Emergency conducting coastal damage assessments. He has led the implementation of multidisciplinary projects involving planning, design, permitting, and environmental compliance with federal, Puerto Rico, and U.S. Virgin Island regulations. Ernesto teaches at the School of Environmental Affairs at Metropolitan University, Puerto Rico, and lectures for the University of Puerto Rico-Mayagūez Department of Civil Engineering and Surveying.

Ernesto holds a Bachelor of Science degree in Coastal and Marine Sciences from the University of Puerto Rico, Humacao campus, as well as an Associate of Science degree in Oceanography and Marine Sciences from Shoreline College in Shoreline, Washington, and a Master of Engineering Management from the Polytechnic University of Puerto Rico.

What changes have you observed in coastal environments over the past decade?

Over the past decade, I have witnessed firsthand accelerated beach erosion, coral reef degradation, and the loss of ecosystem services that decrease natural coastal protection and ecosystem productivity. The loss of ecosystem services, coupled with sea level rise and more intense and frequent hurricanes and winter swells, have increased the vulnerability of coastal communities and infrastructure in the Atlantic region. This is our new normal. We have documented these changes through the Intergovernmental Panel on Climate Change and the National Climate Assessmens.

Coastal hazards threaten coastal communities and critical infrastructure, and we need to adapt to these changing climate conditions. This is one of the biggest challenges we face.

There is not a simple answer to that question. Forty percent of the world’s population live on the coast and 54 percent live in cities. Low-lying cities and communities exposed to regular coastal floods and direct wave attack are at a greater risk. Cities must deal with risk reduction and design protection and adaptation interventions at built-up areas that currently experience coastal floods. Planned retreat may be the only cost-effective option for areas where the cost of protection or adaptation exceeds the benefits of protecting vulnerable infrastructure. That is a reality affecting low income communities. Higher cost public and private infrastructure are more likely to be eligible and get funding for protection through more sophisticated and expensive alternatives. There is a need to revisit federal agencies’ benefit cost analysis methods to foster a balanced and equitable approach to reduce coastal risk.

What factors need to be considered for siting new coastal infrastructure?

How can nature-based engineering protect communities?

Coastal protection, such as sea walls, have been constructed since Roman times to protect coastal towns and infrastructure from the sea. Those defenses were constructed during relatively stable sea levels. It is now increasingly recognized that many of these structures are unsustainable. The new generation of coastal infrastructure must integrate natural sciences and engineering processes to efficiently deliver economic, environmental, and social benefits. Our aspiration is to mainstream hybrid, self-repairing, and ecologically engineered structures to protect or mitigate coastal flooding, erosion, and storm damage that increasingly threaten coastal communities and infrastructure.

An example of this is hybrid reefs incorporating traditional or innovative structural elements that integrate living components, such as corals or oysters, that provide increase in rugosity and can progressively adapt to rising sea levels. Engineered dunes, wetlands, and horizonal levees also are examples of our green-grey approach to coastal protection and adaptation. Our team of experts can deliver innovative designs for resilient infrastructure based on the best science and knowledge available.

How can coastal communities and governments prepare for more intense and frequent storms in the Caribbean?

Understanding climate and ocean change trends is important, but projected changes do not look anything like what we have experienced during the past century. Societies must prepare to face more frequent and extreme events like storms, hurricanes, and floods, but also droughts. Category 4 and 5 hurricanes have become the new normal in the Atlantic. Coastal cities and existing infrastructure were not planned or designed for these conditions. Disaster preparedness to respond and effectively recover from storm impacts must be a priority for Caribbean islands and east coast states. Yet again, preparing, responding, and recovering from disasters is the new normal for coastal communities. Regulations and building codes must be adjusted to address these challenges. We need to incorporate a new generation of resilient coastal infrastructure that includes nature-based solutions with traditional engineered approaches.