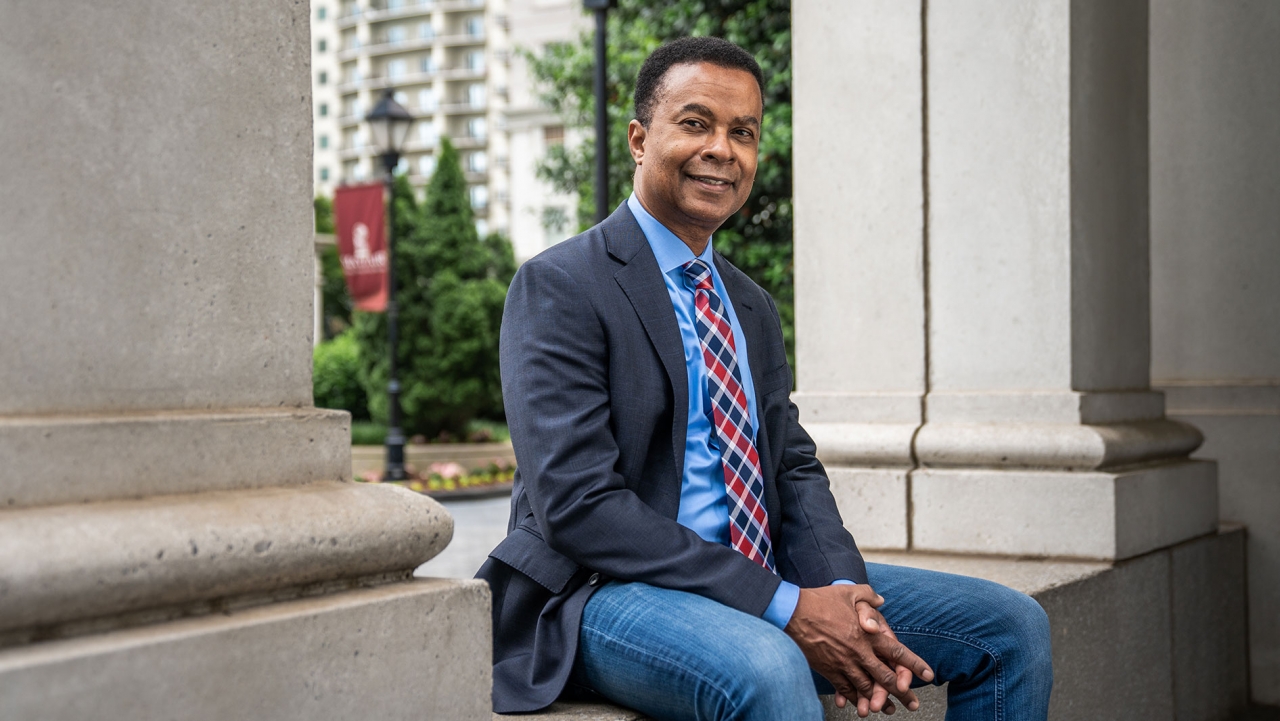 When Wayne Duffus moved from Jamaica to New York after high school, he quickly developed an interest in science thanks to a handful of inspiring mentors. His family was immigrating to the United States, and he was excited to attend City University of New York – Brooklyn College. After graduation, as he continued exploring his newly found passion, he enrolled in an MD-PhD program at the Albert Einstein College of Medicine and eventually went on to specialize in infectious diseases to help fight the growing HIV epidemic. Since then, he has focused his work on HIV prevention in the clinical, public health and government sectors.

Last month, Wayne joined Gilead to serve as Executive Director of Medical Affairs for the company’s HIV prevention efforts, where he will lead Gilead’s work to educate physicians about HIV prevention.

We recently spoke with Wayne about the connection of his background to the importance of working to further lower HIV incidence rates and his new role at Gilead.

Q: You’re a physician by training and you spent time in public health, academia and now this new role in industry. How did your career journey bring you to Gilead?
While I was a practicing infectious disease physician and state medical director in South Carolina, I saw people in both HIV and STD clinics in addition to conducting public health research. This work gave me a platform to reach more people and help them understand HIV prevention. I’m excited about having the chance to partner with community health leaders and physicians to reach people who may benefit from pre-exposure prophylaxis (PrEP) as part of a comprehensive approach to HIV prevention.

Gilead’s history as an innovator in HIV care coupled with its deep commitment to reducing health disparities makes me incredibly happy to be here.

Q: What are some examples of health disparities you’ve seen in HIV care? How can we help close these gaps in healthcare?
Some of my encounters with health disparities were during the period when we had the AIDS Drug Assistance Program (ADAP) waitlist, and later in my career in a role with the President’s Emergency Plan for AIDS Relief (PEPFAR) in South Africa.

Those with the greatest need for PrEP face significant social and structural barriers, such as limited access to affordable healthcare, low awareness of PrEP, stigma and discrimination.

Regardless of where you are in the world, when you look at lack of access to PrEP, there is a pattern – and the pattern revolves around healthcare disparities. As a company, Gilead remains committed to increasing access to PrEP medications for everyone in need. I am proud to join an organization that is committed to continuing to invest in a wide range of programs to help accelerate access and awareness, working closely with advocates, providers and others.

Q: What do you think will be a key focus in the future of HIV prevention?
I’m most hopeful that long-acting agents will become an option that will fill a gap for many people. This could have a major impact by giving people who could benefit from PrEP a way to access prevention medication that could potentially significantly reduce the number of visits to the clinic, reduce chances of missing medications and help address privacy concerns. This is meaningful for all of those who could benefit from PrEP, but especially for women and other individuals who may wish to protect themselves without partners knowing, and for others with partners of unknown HIV status.

Q: How do you see your work at Gilead complementing HIV prevention efforts?
Drawing from my past, diverse experience, I'm excited to work with the teams at Gilead to encourage multi-sector engagement to bring the most benefit to the widest number of people possible.

Gilead has long worked in Africa and other parts of the world with a high burden of disease. We have an opportunity to build on that work not only in the field of HIV treatment, but also to reach a greater number of people who may benefit from PrEP. I’m looking forward to bringing together the expertise of the Gilead team’s and my own experience to continue to make a difference for people around the world.