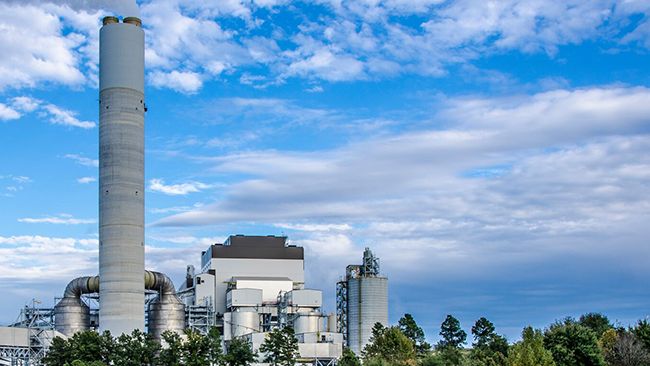 A U.S. Department of Energy grant is funding the year-long study of the emerging technology.

The system stores electricity either directly from a power plant or from the grid by converting electricity into thermal energy (heat and cold). Heat is stored in molten salt, a decades-old and proven method of storing thermal energy. Cold is stored in an antifreeze-like solution with components and subsystems widely used in the liquefied natural gas industry.

The system operates like a conventional power plant. When electricity is needed, the thermal energy powers a heat engine to produce clean, reliable energy.

“Malta is excited to work with Duke Energy to identify cost-effective, common-sense paths forward for fossil assets that consider all stakeholders,” said Ramya Swaminathan, Malta’s CEO. “For utilities like Duke Energy to meet their net-zero carbon emissions goals, major advancements in technology are needed. The Malta system could be part of the solution by providing zero-emissions, load-following technology that provides reliable, resilient and around-the-clock power.”

“Duke Energy is investing in innovation as part of our clean energy transformation plan to achieve net-zero carbon emissions by 2050,” said Regis Repko, senior vice president of Duke Energy’s Generation and Transmission Strategy organization. “For years, Duke Energy has actively evaluated emerging technologies, and the Malta study marks the first time we will evaluate long-duration thermal energy storage. We expect the results to influence the future of energy and apply to our larger generation fleet.”

The study’s deliverables include an engineering conceptual study, a technology maturation plan and a socioeconomic report on potential benefits, including:

The Department of Energy announced the grant in March, and the team is identifying which of Duke Energy’s six coal plants in North Carolina is best suited to serve as the test site.

Duke Energy is executing an aggressive clean energy strategy to create a smarter energy future for its customers and communities – with goals of at least a 50% carbon reduction by 2030 and net-zero carbon emissions by 2050. The company is a top U.S. renewable energy provider, on track to operate or purchase 16,000 megawatts of renewable energy capacity by 2025. The company also is investing in major electric grid upgrades and expanded battery storage, and exploring zero-emitting power generation technologies such as hydrogen and advanced nuclear.