Conscious Alliance to Feed People in Chicago and Colorado, and on the Pine Ridge Reservation in Time for Easter

Conscious Alliance to Feed People in Chicago and Colorado, and on the Pine Ridge Reservation in Time for Easter 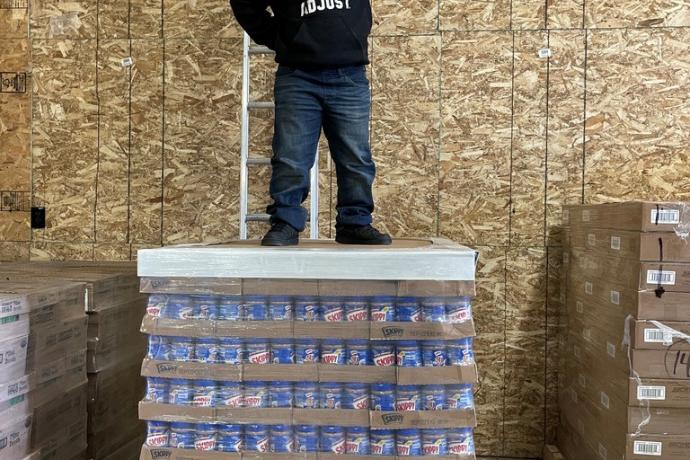 AUSTIN, Minn., March 30, 2021 /CSRwire/ – Hormel Foods Corporation (NYSE: HRL), a global branded food company, today announced a donation of 90,000 pounds of SKIPPY® peanut butter products to Conscious Alliance, a longtime hunger-relief partner based in Boulder, Colo. The food will be directed to those in need in the Chicago area and Colorado’s Front Range Urban Corridor, and to children living on the Pine Ridge Reservation in South Dakota. In the latter case, SKIPPY® products will be distributed via elementary schools on the reservation, going home with students before the schools’ spring break in late March/early April.

“As we celebrate America’s love affair with the simple peanut butter and jelly sandwich, we remember those who are at times without even the most basic of food items,” said Drew Parsons, SKIPPY® brand manager. “Our gift is designed to feed thousands who struggle daily with food insecurity. What better way to mark the occasion of National Peanut Butter and Jelly Day on April 2?”

Conscious Alliance received the shipment of SKIPPY® products during the week of March 22, loading more than 10,000 cases on box trucks headed for designated locations and to partners adept at food distribution. Helping to load the trucks was Cavanaugh Bell, an extraordinary 8-year-old who took the darkness and pain of being bullied and created the antibullying nonprofit Cool & Dope, based in Gaithersburg, Maryland. With the help of his mother, Llacey Simmons, he provides food and other necessities to underserved communities, including children and their families on the Pine Ridge Reservation. Cavanaugh has earned the affection of Americans near and far, including Vice President Kamala Harris.

“We are so excited to have Cavanaugh here with us at our national distribution center in Colorado. His mission to spread love and kindness is beyond inspiring, and Conscious Alliance is honored to help amplify his efforts and impact,” said Justin Levy, executive director. “During a time that is so painful for our community, we need to remember there is goodness everywhere and that kindness can win out if we work at it together.”

Hunger relief is a key component of the Hormel Foods corporate responsibility platform. The company has donated more than $50 million in cash and product donations over the last five years.

About Hormel Foods — Inspired People. Inspired Food.™
Hormel Foods Corporation, based in Austin, Minn., is a global branded food company with over $9 billion in annual revenue across more than 80 countries worldwide. Its brands include SKIPPY®, SPAM®, Hormel® Natural Choice®, Applegate®, Justin's®, Wholly®, Hormel® Black Label®, Columbus® and more than 30 other beloved brands. The company is a member of the S&P 500 Index and the S&P 500 Dividend Aristocrats, was named on the "Global 2000 World's Best Employers" list by Forbes magazine for three straight years, is one of Fortune magazine's most admired companies, has appeared on Corporate Responsibility Magazine's "The 100 Best Corporate Citizens" list for 12 years in a row, and has received numerous other awards and accolades for its corporate responsibility and community service efforts. The company lives by its purpose statement — Inspired People. Inspired Food.™ — to bring some of the world's most trusted and iconic brands to tables across the globe. For more information, visit www.hormelfoods.com.

About Conscious Alliance
Founded in 2002, Conscious Alliance is a national nonprofit based in Colorado that brings healthy food to kids and families in their time of need. Their work empowers young people to get involved by mixing passion for music with opportunities to make a positive impact.

Through ‘Art That Feeds’ Food Drives at concerts, and large-scale donations from food brands, Conscious Alliance brings healthy food to communities across the U.S., with an emphasis on the Front Range of CO and Pine Ridge Reservation in SD. What began as a grassroots food drive at a local show has grown into a national movement — providing more than 7 million meals, to date.