How a team of volunteers orchestrated a moving event for a global audience. 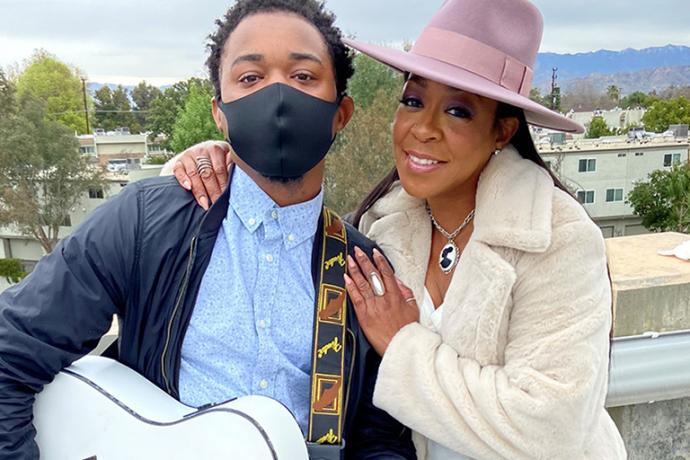 In Making It Work, creatives and decision-makers from across ViacomCBS describe how they turned an idea into a reality. In this installment, we spoke to a few of the volunteers who organized this year’s kick-off event: A Black History Moment.

An acceleration in digital technology was key to the month’s success, and made live-streaming to thousands of homebound employees easy. But perhaps most remarkably, the backbone of these events was the work of volunteers— members of The Beat+ with full-time day jobs within the company.

We spoke with a few of the volunteers who organized this year’s kick-off event, titled “A Black History Moment.” Curated by Joshua Walker, an executive assistant in the CBS Network Entertainment Division, this series of virtual performances explored the nuances and beauty of Black history with poetry, music, and more. Among the performers were Cedric the Entertainer and Tichina Arnold from CBS’ The Neighborhood, socio-cultural analyst Dr. Donald E Grant, spoken word artist Steven Willis, and The Chi’s Yolonda Ross.

Kydee Williams, manager in the Office of Global Inclusion: Joshua Walker was the visionary. He had this idea that he presented to everyone back in December.

Joshua Walker, executive assistant: I started planning it back in November or December. I had the idea to have ViacomCBS talent and other artists perform these powerful works of art. My manager, Tiffany Smith-Anoa’i, suggested that I reach out to The Beat+. I met with The Beat+, pitched the idea, and from there began putting it together.

Marland Zanders, senior manager HRIS & operations: At first, we weren’t sure it was going to be the kick-off event. But as we heard more about what it was going to cover, and the amount of talent and people involved, we decided to position this as the kick-off. Then we secured [ViacomCBS President and CEO] Bob Bakish and [Executive Vice President, Global Head of Inclusion] Marva Smalls for opening remarks, and we knew it was perfect.

Diane Robertson, V.P., CBS Studios Legal Affairs: When Josh conceived this program, everyone immediately embraced it and was eager to play some part in it. I volunteered to introduce one of the presenters, and Josh assigned me to Yolanda Ross. The excerpt she read during the program resonated so powerfully with me. All the pieces of this program fit together so perfectly.

MZ: Josh was cultivating it and reaching out to those who could pull this together. I don’t have the blessing of having the connections to all the talent that everyone else did. The heavy-lifting administrative stuff — that’s my strong point. A lot of us were taking a step out of our egos and seeing how we could help to make this event to be the success that it could be.

JW: We worked really quickly locking down talent and securing the times.Tiffany has a direct line with the talent and their PR and our shows. We’ve worked with Dr. Grant a lot in the past, so that was a no-brainer request for us. As far as Steven Willis, the spoken word artist, I actually found him in my research of Black art. I reached out to him on Instagram. I also curated the pieces of literature and music that we used, because I wanted to tell a complete story. I wanted to tell a story about issues that I think are often overlooked but important when considering the nuance of Blackness.

MZ: We pulled together a run of show and decided when we were going to do the intros, who would do which segments, and which was the best fit for the person and their personality.  We went through the step rehearsals, where we had to make sure that the timing was perfect. The IT teams did a great job on that. I was part of the team that helped with coordination, keeping each other accountable. Figuring out, if talent dropped out at the last minute, what would we do? We were worried about outside factors, too, like Tichina doing the national Black anthem on top of the building, with the wind and everything. It was really a collaborative effort, where no one person did the heavy lift, except for Josh, because he kicked off the idea.

JW: To me it was a no-brainer to use Tichina to close the program and sing the Black national Anthem. Also, when I picked the piece on American history, the tone felt very much like Cedric the Entertainer. When I read the piece the first time, I saw him reading it. It was also a no-brainer for me when it came to the piece that Yolanda read. I had specifically wanted Black female talent for Frederick Douglass’ letter to Harriet Tubman, because of what it was and what I took from the piece.

Tichina is formidable, and I think that people need to see more of her. The Neighborhood recognizes that. Their production team really went above and beyond for this. Originally, she was going to be singing in a room that they set up, but they really wanted to up the production value. So they changed to a location on the lot here in Los Angeles, in Studio City. They built a stage for her. It was incredible, and she looked great. She sounded great. It was something different—it gets repetitive when you watch so many Zoom panels, and everybody’s just sitting behind a computer. When you see something different, it breaks up the hour.

JW: A virtual event is so different from a live event. There’s so much more energy when you’re live and in person. You can see the person and engage with them. So it’s always hard in a virtual setting for the performer to keep their energy up. That’s a struggle, but scheduling is also easier now. Everybody is doing this kind of event virtually. Everybody is home or should be home.

MZ: Really mapping out the timing was critical. We did two tech rehearsals where we made sure everybody’s lighting was good. We made sure the sound was high-quality. We tested the bandwidth because if someone has no bandwidth, it could set the entire thing off. You could start getting distortion or feedback. We also wanted to be comfortable with the transitions, because this was being done via Zoom, then being broadcast in Workplace. The media department gave us best practices for Zoom, telling us the different configurations for the camera setup, the stuff in the background, how to check mics and give ourselves time if we needed to get more light in. I learned that I have to take my glasses off.

KW: It would be powerful to be in person and to connect with employees and to have that feeling of community. But at the same time, there is some sort of intimacy in the virtual world, right? Being in the comfort of your own home and watching these powerful speakers. You’re face to face, technically, with the speakers. The impact did translate.

MZ: For Bob and Marva, we weren’t going to be able to get them locked in for that time, so they actually did recorded segments. Having the benefit of some recorded segments made it a little bit easier. As I finished my intro, I was a nervous wreck! But even as I was reading it, I was seeing the comments in Workplace, saying “Great job, Marland! You sound great.” That instant feedback gives you a boost. Then watching my colleagues go through their pieces—there’s a certain energy and pride in that moment, seeing it all come together seamlessly, with everyone doing their part, hitting their mark.

MZ: As I was watching, I was realizing the power of words. I was watching the performers, seeing their energy, and reading their body language at the same time, seeing their passion. It was amazing. What I’ll take from it personally is greater appreciation of what goes into coordinating something like this. It was an amazing learning experience. I learned what I’m capable of, that I’m able to step up and not fall apart. And even Dr. Grant has some of the same anxiety about hitting his cues.

DR: Dr. Grant is always very inspiring. I tend to hang onto his every word. I don’t think I’m the only one. His contribution really resonated with me, but they all were so powerful and moving.

KW: I got chills. The program as a whole was powerful, and Dr. Grant took it home. I don’t know how he did it in the time that he had, but he took us on a journey through American Black history—which is American history—and a history of white supremacy, which is at the core of the issues that we have as a country. He related it to Blacks feeling inadequate in the modern day. He is a genius. I’m still speechless.

JW: I think that what our department does to celebrate Heritage Months is incredible. We really put a focus on it, and are so collaborative in the work that we do, for such meaningful work. And to get the CEO involved with opening remarks felt really great.

MZ: ViacomCBS has committed to the promise it made when everything happened last year, shortly after the George Floyd murder and the Black Lives Matter events. It makes me very proud that I’m here. As I talk about what we’re doing to my friends and family, some of them are jealous. That’s a wonderful feeling, when your employer or your company is doing things that people hear about.

DR: In the short time that the two companies have merged, there’s been an enormous amount of commitment from the Office of Global Inclusion. Marva seems really committed to empowering the ERGs to really have an impact. I appreciate that. I’m really thankful and excited about this direction we’re taking, and really look forward to contributing to the impact I think that we are going to make. I’m just really glad to see the commitment from executives at the very top supporting this, because otherwise these ERGs just become a box that is checked.

KW: We want people not to just watch the speakers and be like, all right, great event, now back to whatever I’m doing. We want people to leave our events and say, ‘What can I do? How can I push the needle forward?’ That’s the goal of what we’re doing here. We are intentional about our choices in speakers. We try to get speakers who will urge ViacomCBS employees to learn more and make the world better.