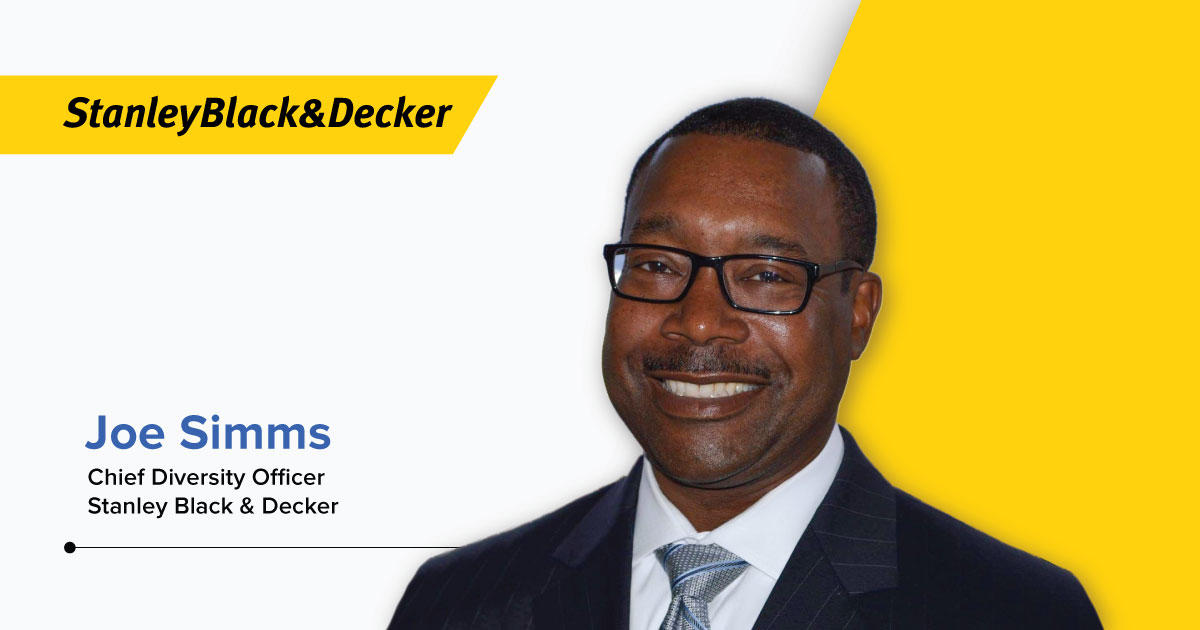 In this role, Simms will champion a broad approach to diversity, equity and inclusion to accelerate company performance, optimize organizational culture, enhance transparency and strengthen accountability. Simms will also establish key external partnerships to enhance the company’s ecosystem of diverse sources of talent and expertise.

“Joe’s appointment represents another elevation and investment in our DE&I efforts,” said Loree. “Our purpose, For Those Who Make The World, reinforces our commitment to inclusivity for all people. More broadly, diversity, equity and inclusion are cornerstones of our culture. Joe’s strong leadership and expertise in building a diverse and inclusive culture will help accelerate our progress in achieving true equality.”

Prior to assuming the role of Chief Diversity Officer, Simms was Vice President, Human Resources for the company’s $10B Global Tools & Storage business. He oversaw HR responsibility for all commercial regions, business units and functions, in addition to centralized HR activities such as diversity and inclusion, talent acquisition and development. Simms currently serves as co-chair of the company’s African Ancestry Network and contributed to the company’s 10 Commitments to Racial Equity and Social Justice.

Simms began his career at Stanley Black & Decker in 2013 as Vice President, Human Resources for U.S. Sales & Marketing. Before joining the company, Simms worked in a variety of human resource leadership roles at PepsiCo, including Senior Director, Human Resources for Pepsi Beverage Company’s (PBC) Mid-Atlantic Region. He joined PBC in 1995 and held a number of roles with increasing leadership responsibilities during his 17-year tenure at PepsiCo.

Simms graduated from Morgan State University in Baltimore, Maryland, where he received a Bachelor of Science degree in Psychology. After completing his undergraduate work, Simms received a Master of Arts degree in Labor & Industrial Relations from the University of Illinois at Urbana-Champaign.

Stanley Black & Decker has taken a number of steps to advance its diversity and inclusion efforts, supporting nine employee resource groups (including a Women’s Network), joining the Paradigm for Parity Coalition to address the gender gap in corporate leadership and signing on to the CEO Action for Diversity & Inclusion. The company has also participated in the Business Roundtable Diversity & Inclusion Index, where the largest U.S.-based employers are committed to building a more inclusive environment. In addition, the company’s CEO, Jim Loree was among a group of prominent CEOs to sign on to the CEO Action for Diversity & Inclusion.