Over 100 Charities Condemn Brutal Cuts in UK Aid to Yemen

The open letter warned the cuts could “destroy” the UK’s global reputation for compassion. 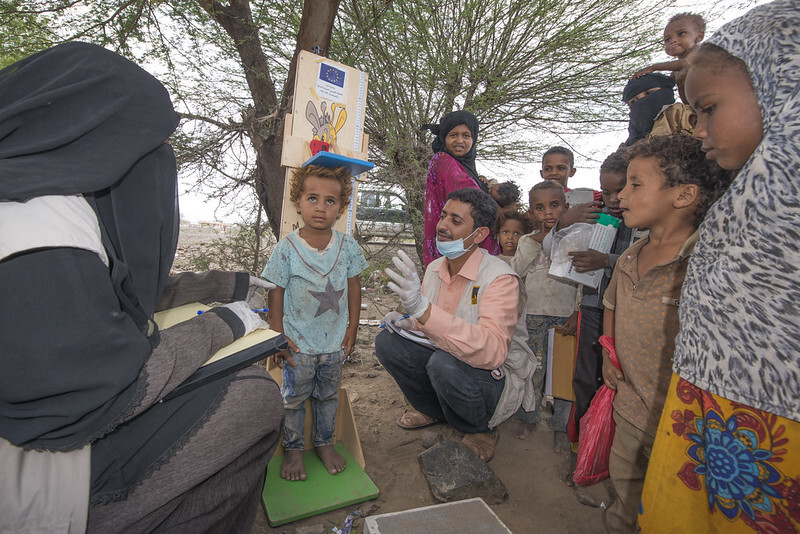 The UN’s Global Goals aim to end extreme poverty and its root causes by 2030. But in Yemen, a civil war has decimated health systems, provoked widespread hunger, and killed almost 250,000 people. It’s a conflict that requires immediate aid. Yet the UK has cut assistance by half — and looks set to slash even more support to the world’s most unstable crises in the coming weeks and months. Join our movement to take action to raise your voice for aid and help achieve the Global Goals.

On March 1, the rumours were confirmed: the UK would be slashing aid to Yemen, described as the “world’s worst humanitarian crisis”, by over half. Within a few days, leaked documents revealed an assembly of devastating potential cuts to equally fragile crises and conflict zones, like Syria and Libya.

Over 100 UK nonprofit organisations have now come together to condemn the move in a letter to UK Prime Minister Boris Johnson. The estimated cost to human life will, at the very least, be in the tens of thousands.

It’s just the start of a series of cuts that uniquely target the most vulnerable people on the planet. Everyone saw it coming — when UK Chancellor Rishi Sunak announced in November 2020 that UK aid would be reduced from 0.7% of the country’s Gross National Income (GNI) to 0.5%, there was a chorus of protest that warned who the decision would hit hardest.

The only surprise was perhaps just how instantly brutal those cuts would be. Firstly, a reduction of 54% in funding for Yemen, totalling £73 million over the next year, in a country rocked by years of civil war fuelled by the billions in weapons sold by Britain to Saudi Arabia.

Even from within Johnson’s own party, there were passionate pleas to change course: former Conservative international development secretary Andrew Mitchell called the plans “unimaginable”, and predicted that hundreds of thousands of children in Yemen would now be condemned to starvation.

The letter, signed by 101 organisations including Save the Children, Oxfam, Global Citizen, and Care International, urged Johnson to rethink the sweeping cuts — both to Yemen, specifically, and across the £4 billion due to be taken out of the overall UK aid budget for 2021-22.

“Cutting aid to starving people is not the action of a global leader about to host both the G7 Summit and the climate change negotiations for COP26,” the letter said.

“History will not judge this nation kindly if the government chooses to step away from the people in Yemen and thus destroy the UK’s global reputation as a country that steps up to help those most in need,” it added.

It follows a shocking revelation on Friday, as leaked documents obtained by openDemocracy claimed to show the terrifying extent of aid cuts to some of the world’s most insecure countries.

They include a 93% cut to Sahel — the northern region of Africa that encompasses 10 countries including Senegal, Mali, and Sudan — and reductions to countries that the UK has had recent military involvement in, such as 67% from funding going to Syria and 63% from Libya.

The UK aid budget is the funds used to tackle extreme poverty and its root causes, like health inequality, a lack of quality education, or the climate crisis. But while the government has repeatedly insisted it’s still focused on poverty alleviation, the truth is stark: the leaks show, for example, that aid to Nigeria, the worst country in the world for extreme poverty, will be cut by 58%.

“Slashing aid to Yemen — a country on the brink of famine — is a betrayal of Britain’s claim to global leadership and of British values,” said Danny Sriskandarajah, Oxfam’s chief executive.

He added: “Aid cuts are a false economy that will remove a vital lifeline from millions of people in Yemen and beyond who can’t feed their families, have lost their homes, and whose lives are threatened by conflict and COVID-19.”

Dominic Raab, the UK's foreign secretary, has previously said that Britain should be a "force for good in the world." But these aid cuts do exactly the opposite. Help us call on Boris Johnson to reverse these catastrophic decisions immediately by sending an email to your MP right here.