How Has History Shaped the Black Community's View of Vaccines?

“There's a difference between being hesitant and being an anti-vaxxer.” 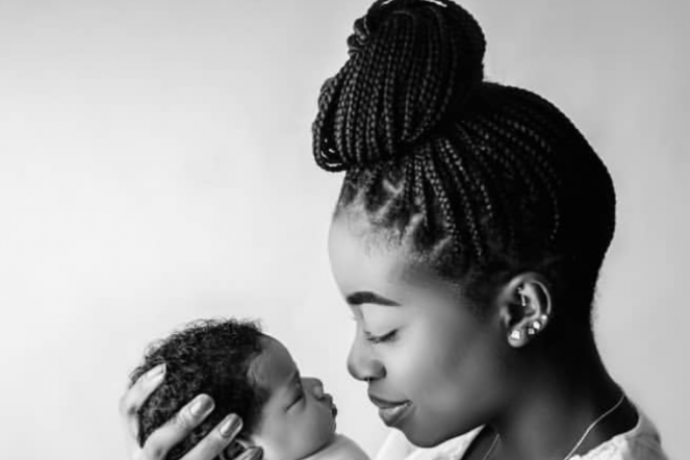 Vaccine hesitancy among the Black community is connected not only to racism in the health care system seen today, but steeped in historical discrimination and exploitation. Without addressing this, the world will not successfully achieve the United Nations’ Global Goal 3 on good health and well-being for all. Join Global Citizen and take action on this issue and others here.

“Vaccine hesitancy” is the term used to explain when someone is unsure about getting a vaccine for a variety of reasons, including religious beliefs, misinformation or lack of credible information altogether, or just wanting to be reassured that a vaccine is safe.

While not a new concept, it’s certainly receiving renewed attention as COVID-19 vaccine initiatives have begun worldwide in an effort to bring an end to the pandemic.

But as the vaccines roll out, health experts are anticipating that they will be met with some skepticism and lack of trust within the Black community — and among the valid reasons for this is the historical treatment of Black people in health care.

Black men were told they were being treated for "bad blood" during the Tuskegee syphilis trials. Henrietta Lacks’ cells were taken without her consent and led to great medical advancements, without her family sharing in any of the profits biotechnology companies made as a result. And the doctor crowned as the "father of modern gynecology" is known to have experimented on enslaved Black women without anesthesia.

Today, existing data on health outcomes show a discrepancy between the health care provided to white people versus Black people.

Maternal mortality rates are one glaring example. Data from the Centers for Disease Control and Prevention revealed in 2019 that Black, Native American, and Alaska Native women were two to three times more likely to die from pregnancy-related causes than white women in the US. In the UK, findings from December 2020 found that Black women are four times more likely to die in childbirth compared to white women. And in Canada, there isn’t even race-based health data available — making anecdotal evidence especially important.

Global Citizen spoke with Brayana Taylor, a young mom, doula, and founder of Black Motherhood Collective, about how the health care system’s history with the Black community is fuelling vaccine hesitancy and health care distrust amid COVID-19.

Global Citizen: Tell me about your past experiences with the health care system that have shaped the way you currently feel about it.

Brayana Taylor: When it comes to health care, my most recent and probably the biggest experience that I've had was giving birth to my daughter.

It definitely was something that I thought I had planned for and was prepared for because I'm well aware of Black maternal mortality and all of those stats.

When I was in labour with my daughter, a lot of things happened that shouldn't have happened ... Not that I didn't consent to [them], but I just really was not 100% aware of what was going on when it was happening. Things were just moving so quickly and decisions were made that I now look back on as just absolutely wrong, absolutely horrible, and ultimately traumatizing.

Do you connect your past experiences — either giving birth or other experiences that maybe now you've reflected on more since labour was so traumatic — to your current feelings of hesitancy around getting the COVID-19 vaccine?

Yes, of course. And I know to a lot of people it's like, “What's the correlation between having a traumatic birth and getting the vaccine?” But to me, what it comes down to is, like I said, giving birth is totally vulnerable, totally raw — like such a crazy time in my life. And I trusted the health care professionals that were there at the time to do what was necessary, to do what was appropriate, of course, with my consent — and that's not at all what happened. So moving forward, looking at the same system, I definitely have a lot of questions.

And something that I really want to clarify is that there's a difference between being hesitant and being an anti-vaxxer. Being vaccine hesitant is kind of like, “OK, I see the necessity for the vaccine, but I would just like a little bit more information or just a little bit more conviction that this is something that is safe for me and that this is something that will do right by my body, as opposed to what we've seen when it comes to the health care system and Black communities.” It's not saying, “No, I'm not taking this vaccine and it's not at all what's for me.”

It's interesting to hear you make the distinction, because for sure there's a huge difference between the two — and I do think sometimes people who are vaccine hesitant get lumped into being anti-vax.

Black people, Black women — we have every right to be vaccine hesitant.

Something else that I've seen a lot of non-Black people, white people, saying is, “Well, if Black people are disproportionately affected by COVID, then they should be the first people who are ready to take the vaccine. They should be adamant about taking the vaccine.”

And, of course, that makes sense in theory. But in real life and practice, we have to see: Why are Black people disproportionately affected by COVID? It's not at all because our bodies are more susceptible to the virus. There's obviously a missing link, a disconnect between the care that we receive, as well as a whole bunch of other things — class and stuff like that — that makes the virus effective.

t’s so many systemic issues. And you're right, in theory, one might assume these populations would want the vaccine right away — but that's not really how that works.

I would love for it to be that easy. You know, COVID has definitely impacted my life as a new mom, as a first-time mom.

I would love to just take a vaccine and just move forward with my life. But my identity as a Black woman — and just the experiences that I've had personally and what I know to be true from lived experience — just makes me look at things a little bit differently.

What else do you attribute vaccine hesitancy to among the Black community in Canada? Have you talked to a lot of other moms that have felt the same way as you?

Yeah, and I know for a lot of women, it's not just strictly in birth and or when we're labouring that we see racism. It's throughout the entirety of the care that we receive when we're pregnant. Like when I was pregnant with my daughter, I had one of my midwives approach me about smoking weed, which was something that was just so crazy because I wasn't smoking at the time — I was pregnant with my daughter. And my partner was also not smoking at the time because of his job. But my midwife just felt that it was appropriate to lecture us about smoking weed and the effects that it will have on the baby. And I'm just like, this literally has nothing to do with me.

I was just so taken aback and just so caught off guard by the entire thing. But it's just little microaggressive things like that that happen — and it's not just that, but that's just my own personal experience ... I'm sure that a lot of other women can tell you their own experiences as well.

But for me, it's just little things like that that add up over time.

Does the historical treatment of communities of colour, in Canada and globally, play a role for you or anyone else you've spoken to about hesitancy with the health care system?

I think when it comes to pregnancy specifically, not in Canada or there is no specific example in Canada, but J. Marion Sims was the “father of modern gynecology” — literally everything that he was able to gather was from Black women and using their bodies without consent and just doing these crazy experiments on them for the sake of medicine, of course. That alone is just so mind boggling and just something that is so crazy to imagine.

The majority of his research experiments were on enslaved Black women without anesthesia. That alone was enough for me to feel, just, weird when I was pregnant.

When I was pregnant, just knowing things like that … it just makes you feel anxious, in addition to the modern-day examples that we have.

Some Canadian initiatives aim for better dialogue with the Black community when it comes to health care and transparency. What else needs to be done to address vaccine hesitancy — and specifically from your perspective as a Black woman and a mother?

I think the easiest way — the easiest start — is just listening to Black women. It sounds easy, but it's actually hard for a lot of people.

Just in general, when Black women are saying something, especially when we're speaking from lived experience, just listen ... And that's such a good start because it's something that isn't done as often as it should be.

This interview has been edited and condensed.