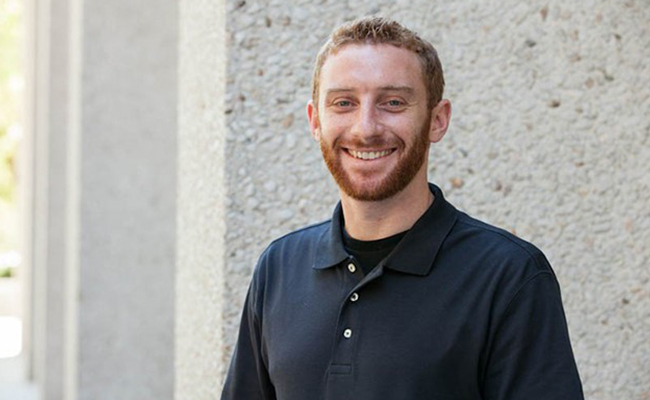 Brian Goldcrump has more than 10 years of experience in building design and energy modeling and leads the Tetra Tech High Performance Building Group’s building energy modeling teams in Portland, Oregon, and Seattle, Washington. Brian works with clients in the early design phases to understand and advise on energy system options and the best paths for each project. He is particularly interested in post-occupancy building performance, helping owners understand that performance, and ensuring the building is performing as expected. He has helped the Tetra Tech building energy group evolve over time to support Tetra Tech as a leader in the industry.

Brian holds a Bachelor of Science in Mechanical Engineering from California Polytechnic State University, San Luis Obispo. He is a certified LEED Accredited Professional, a member of the International Living Future Institute, and is a sustainability mentor at Portland State University in Oregon.

What is the impact of electrification on decarbonizing a building?

Building electrification is removing natural gas from our building designs, which contributes to decarbonizing a building. In a typical building, we have gas as the heating source, so either a gas boiler, a gas-powered HVAC unit with a furnace in it, or we have gas as the domestic water heater. Electrification is switching those gas heating sources to electric sources. We can make this change because the electrical grid that is powering our buildings is becoming cleaner. Many states—including all three states on the U.S. West Coast—now require utilities to improve their renewable portfolio of sources that produce their power. Washington and California are requiring utilities to use 100 percent renewable power by 2045. Since the power grid is decarbonizing by removing our natural gas emissions, our buildings will eventually be zero emission buildings once they are electrified.

Does decarbonizing buildings depend on state regulations, or is it feasible in other jurisdictions or states?

The key driver behind this movement is the decarbonization of the electric power grid at the state policy level. There are 31 U.S. states that have similar requirements—similar policy shifts are happening globally, such as the recent changes of approach in the Australian provinces of New South Wales, Victoria, and Queensland. At the same time, renewables are becoming cheaper. For example, the last remaining coal power plant in Oregon was recently shut down, 20 years ahead of schedule. That’s because it's currently cheaper to install renewable plants than to run an old coal plant.

There was an inflection point in 2019 in which wind power was cheaper than natural gas in California. So, the economics in the policy are playing off each other in a very symbiotic way, creating a market where renewables are becoming cheaper on the utility scale. So, to answer the question, a whole host of factors contribute to it in addition to state policy, including governments’ significant financial contribution to research in this area.

Is decarbonization a process that's only limited to new buildings, or is it something that we can use to lower operational carbon in existing buildings?

It is not limited to new builds. There is a ton of discussion, particularly at the university level, about decarbonizing campuses by changing the central plant. Most universities have centralized steam systems that run on natural gas that distribute steam throughout the campus. Many campuses, including almost all the major ones on the West Coast, are looking at what they can do about their existing steam systems or their existing natural gas systems. We just did a study with the California State University system to provide a roadmap for decarbonizing all their existing buildings.

It is possible for existing buildings as well. It requires a thorough feasibility study upfront, however, to determine the best way towards electrification.

Why is there so much interest at the university level?

They're also looking at lower lifecycle costs for these systems—particularly with steam. A lot of the steam systems are old and have a lot of maintenance issues. Switching to an electrified hot water system makes more sense in the long term from a lifecycle perspective.

We are seeing it discussed more at the primary and secondary education level as well. Beyond the education market, many private commercial companies, including all the large tech companies, have a similar carbon neutrality pledge. Most of them are looking at electrification to reduce or eliminate their carbon emissions.

Does this represent a paradigm shift in how the building industry defines sustainability?

I think that's right. The design industry has been thinking about it from a more holistic emission standpoint for a long time, but these state laws and utility changes are driving broader action.

For example, in Portland, Oregon, the power source is relatively dirty and has a lot of coal. Until recently, from an emission standpoint, natural gas heating made more sense. With Portland General Electric closing their last coal plant, and Pacific Power in Oregon getting a lot more renewables installed, it's now starting to make more sense to remove gas and just look at electric as these grids evolve.

Seattle, on the other hand, is almost entirely driven by hydroelectric power, which has zero emissions. Seattle has electrification in its city code, and they provide a slight incentive for electrified systems. Electrification makes sense for our clients there—and as other grids evolve, it will start spreading to other cities as well.

What is the impact of electrification on decarbonization?

It depends, but it’s generally a very positive impact. We create interactive dashboards using energy modeling and predictive analytics to look at how different building systems function within different power grids and show emissions impacts under various conditions. This helps inform our clients’ decision-making, guiding them towards more sustainable and cost-effective options.

Looking at this tool, you can see if you are on Oregon’s Pacific Power, which is 63 percent coal, your emissions are lower for an electrified four-pipe system than a variable air volume system, which would use gas.

But if you're on Seattle City Light, your emissions are already almost zero, because of their reliance on hydroelectric power.

So, for this example building on Pacific Power, electrification is a massive, immediate impact because the power grid is so dirty right now, especially when compared to Seattle. But over the long term, you're saving 2,000 tons of carbon dioxide per year. It is a big impact.

Does electrification make sense for private owners, such as those looking to build a mixed-use development or a stadium?

None of this is new—it’s just a different way of thinking about the building. Heat pump technology has been around forever. We've been using it in our homes for a long time. And as grids become cleaner and there's a larger push towards electrification, the prices are coming down and the technology is improving.

So, it's similar to when variable refrigerant flow (VRF) systems were introduced to the country more than 20 years ago: It was expensive and was not understood very well. But 10 years later, we essentially consider VRF to be our entry level into electrification. It's a simple and cost-effective method, and our primary task is communicating to building owners about what it means.

What international developments can we expect to see having impacts in the United States in the next 5 to 15 years?

I think the big one is heat pump and heat pump chiller and heat recovery chiller technology, which are already here and just starting off slowly. It's our preferred system for electrification and is starting to see some deeper penetration into the market as the technology improves and prices come down. It's the next wave of systems that we think will be a big driver towards electrification for the right application. It's really on us as engineers to educate owners, clients, facilities, and partners.

The other one that we would love to see more of is ground source technology. That's also not new, but it's currently expensive to drill. We've been working on ground source projects for years, most recently at the Broadway Office Development in San Antonio, and they have a ton of benefits besides just emissions. Building owners love ground source systems because they're very low maintenance, super durable, and very resilient. It's the drilling cost that really killed a lot of those projects upfront. As demand grows, cost should come down as well.