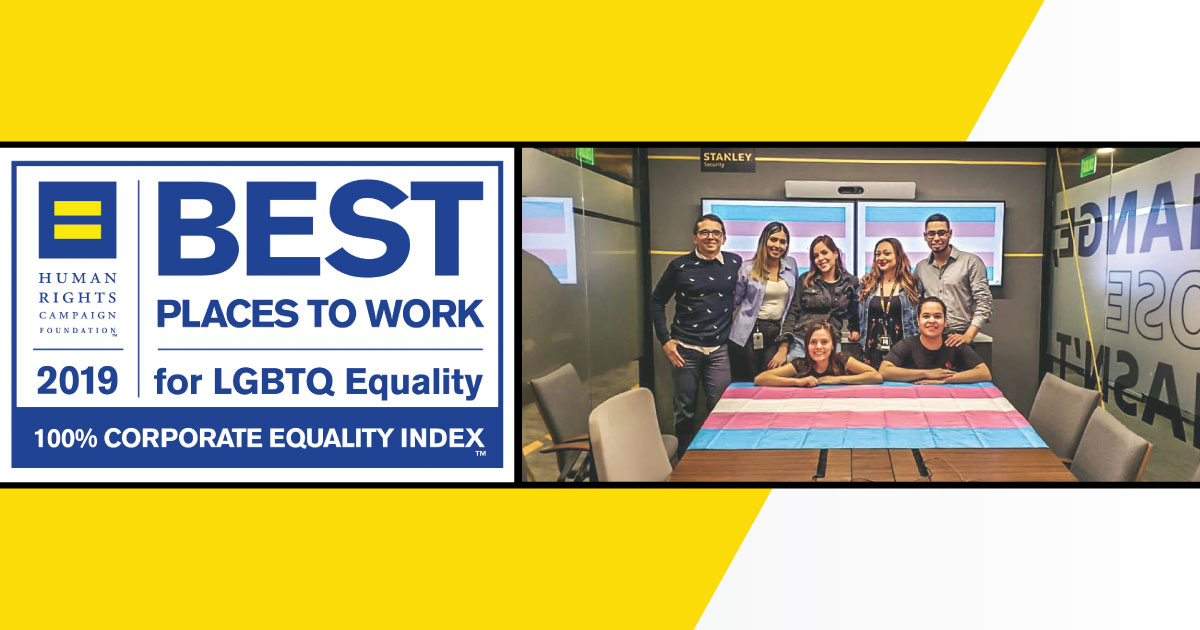 “Our company goals are only achievable when we rely on the unique ideas, perspectives and backgrounds of our talented and diverse employees around the globe,” said Stanley Black & Decker President & CEO Jim Loree. “Congratulations to the leading companies that are demonstrating their support of inclusivity for all in a meaningful and impactful way. I appreciate the efforts my colleagues across the company have made to make Stanley Black & Decker an environment where diversity can thrive, yet we know we still have more work to do in achieving true equality.”

The results of the 2021 CEI showcase how more than 1,000 U.S.-based companies are not only promoting LGBTQ-friendly workplace policies in the U.S., but also for the 57% of CEI-rated companies with global operations who are helping advance the cause of LGBTQ inclusion in workplaces abroad. Stanley Black & Decker’s efforts in satisfying all of the CEI’s criteria earned a 100 percent ranking and the designation as one of the Best Places to Work for LGBTQ Equality.

“From the previously unimaginable impact of the COVID-19 pandemic, to a long overdue reckoning with racial injustice, 2020 was an unprecedented year. Yet, many businesses across the nation stepped up and continued to prioritize and champion LGBTQ equality,” said Alphonso David, Human Rights Campaign President. “This year has shown us that tools like the CEI are crucial in the work to increase equity and inclusion in the workplace, but also that companies must breathe life into these policies and practices in real and tangible ways. Thank you to the companies that understand protecting their LGBTQ employees and consumers from discrimination is not just the right thing to do—but the best business decision.”

To support an inclusive environment, Stanley Black & Decker has supported the creation of nine employee resource groups (ERGs), with more than 75 chapters globally. The company’s Pride & Allies group aims to transform workplace culture and build better environments for people of all gender expressions, gender identities and sexual orientations. Over the past few years, the group has helped improve the company’s policies and efforts on LGBTQ inclusivity. Efforts include establishing workplace transgender transition guidelines, offering LGBTQ training and unconscious bias training, and on LGBTQ community outreach. Throughout the pandemic, the Pride & Allies group donated to nonprofits providing health care, shelters, food, advocacy and support to the LGBTQ+ community who have been adversely impacted by COVID-19.

About the Human Rights Campaign Foundation

Stanley Black & Decker is a purpose-driven, $14 billion revenue industrial organization. Stanley Black & Decker has 54,000 employees in more than 60 countries and operates the world's largest tools and storage business, the world's second-largest commercial electronic security services company, a leading engineered fastening business as well as Oil & Gas and Infrastructure businesses. The company's iconic brands include BLACK+DECKER, Bostitch, CRAFTSMAN, DEWALT, FACOM, IRWIN, LENOX, Porter Cable and STANLEY. Stanley Black & Decker is a company for the makers and innovators, the craftsmen and the caregivers, and those doing the hard work to make the world a better place. Learn more at www.stanleyblackanddecker.com.