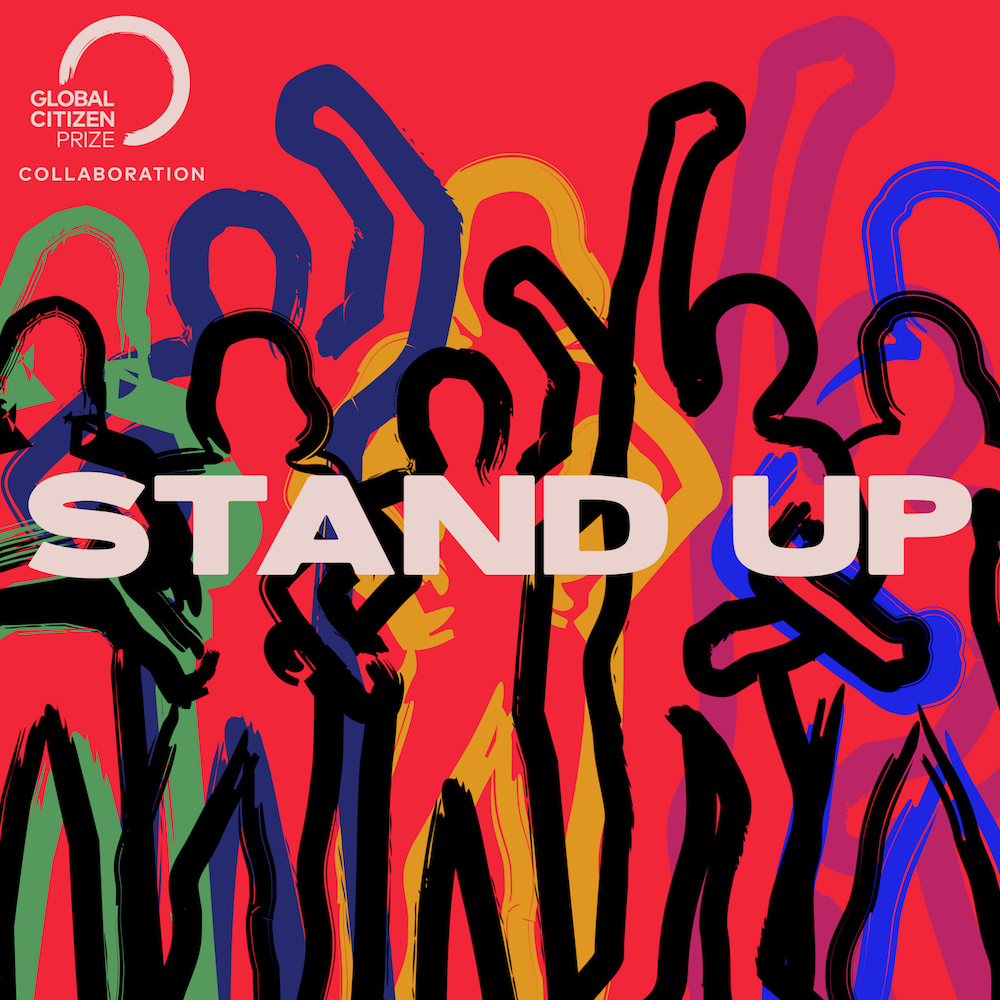 NEW YORK, December 18, 2020 /CSRwire/ - International advocacy organization Global Citizen announced their partnership with Parlophone Records/Atlantic Records and Grammy-winning recording artist Raphael Saadiq to release STAND UP, an eight-song collection that aims to restore hope, and inspire and celebrate the heroism of leaders and activists around the world. STAND UP is now available on iHeartRadio, TIDAL, Spotify, Apple Music, Amazon, YouTube, and Deezer ahead of the Global Citizen Prize award special airing tomorrow, Saturday, December 19, 2020 on NBC.

Hugh Evans, CEO of Global Citizen said, “We are so incredibly grateful to Raphael Saadiq and the incredible artists who worked with us on this special album. Music has always been at the heart of the Global Citizen movement, and we hope this album will inspire and celebrate people across the world who are working to make a difference.”

“It was an honor to work on STAND UP with Global Citizen and such incredible artists, who all came together for this passion project in a year that has been so difficult for so many,” said Raphael Saadiq, Artist and Executive Producer of STAND UP. “During this time, music has played a key role in keeping us all connected and my hope for those who listen is to feel empowered to create change."

STAND UP is released ahead of the Global Citizen Prize award special, a broadcast event hosted by John Legend that honors those making extraordinary efforts to lift up the world’s most vulnerable, while making the world a better place. In advance of the album release, TIDAL and Raphael Saadiq hosted an exclusive listening session, joined by multi-platinum recording artist Jordin Sparks and singer, songwriter, and social activist MILCK. TIDAL members can re-watch the album listening session on tidal.com/standup and non-members can sign up for a free limited time membership to access the session and other TIDAL content, no payment required. Spotify also worked in collaboration with the STAND UP album experience to create exclusive video interstitials of behind the scenes making of the album. Exclusive interviews with artists, including Raphael Saadiq, will be featured on Spotify’s The Get Up podcast and integrated marketing activations from iHeartRadio will also help promote the album.

Global Citizen Prize will premiere on Saturday, December 19, 2020 at 8:00 P.M. ET on NBC in the United States and CTV in Canada. The Global Citizen Prize will also air on MSNBC on Sunday, December 20, 2020 at 10:00 P.M. ET, with a second airing on New Year’s Eve at midnight. Albavision in Central and Latin America, Digicel in The Caribbean, South Pacific and Central America, Insight TV in Asia, Europe and the Middle East, Mediacorp in Singapore, SABC in South Africa, SKY Media in the United Kingdom, TIDAL in the United States, TRACE Anglophone West Africa in Nigeria, Ghana and East Africa, MTV International on select channels in Africa, Asia, Europe, and Latin America, Multimedios Televisión in México, and Vodafone in Europe, Africa, Oceania and Asia will also air the awards. The Global Citizen Prize show will also be available digitally on Facebook, Twitter and YouTube. Global Citizen Prize will also feature a performance of STAND UP track, (You Make Me Feel Like) A Natural Woman covered by Tori Kelly and JoJo. Visit globalcitizen.org/prize for a full listing of global broadcast times.

ABOUT GLOBAL CITIZEN:
Global Citizen is the world's largest movement of action takers and impact makers dedicated to ending extreme poverty by 2030. With over 10 million monthly advocates, our voices have the power to drive lasting change around sustainability, equality, and humanity. We post, tweet, message, vote, sign, and call to inspire those who can make things happen to act — government leaders, businesses, philanthropists, artists, and citizens — together improving lives. By downloading our app, Global Citizens learn about the systemic causes of extreme poverty, take action on those issues, and earn rewards with tickets to concerts, events, and experiences all over the world. To date, the actions of our community, along with high-level advocacy efforts and work with partners, has resulted in commitments and policy announcements from leaders valued at over $48 billion, affecting the lives of more than 880 million people. For more information, visit globalcitizen.org.