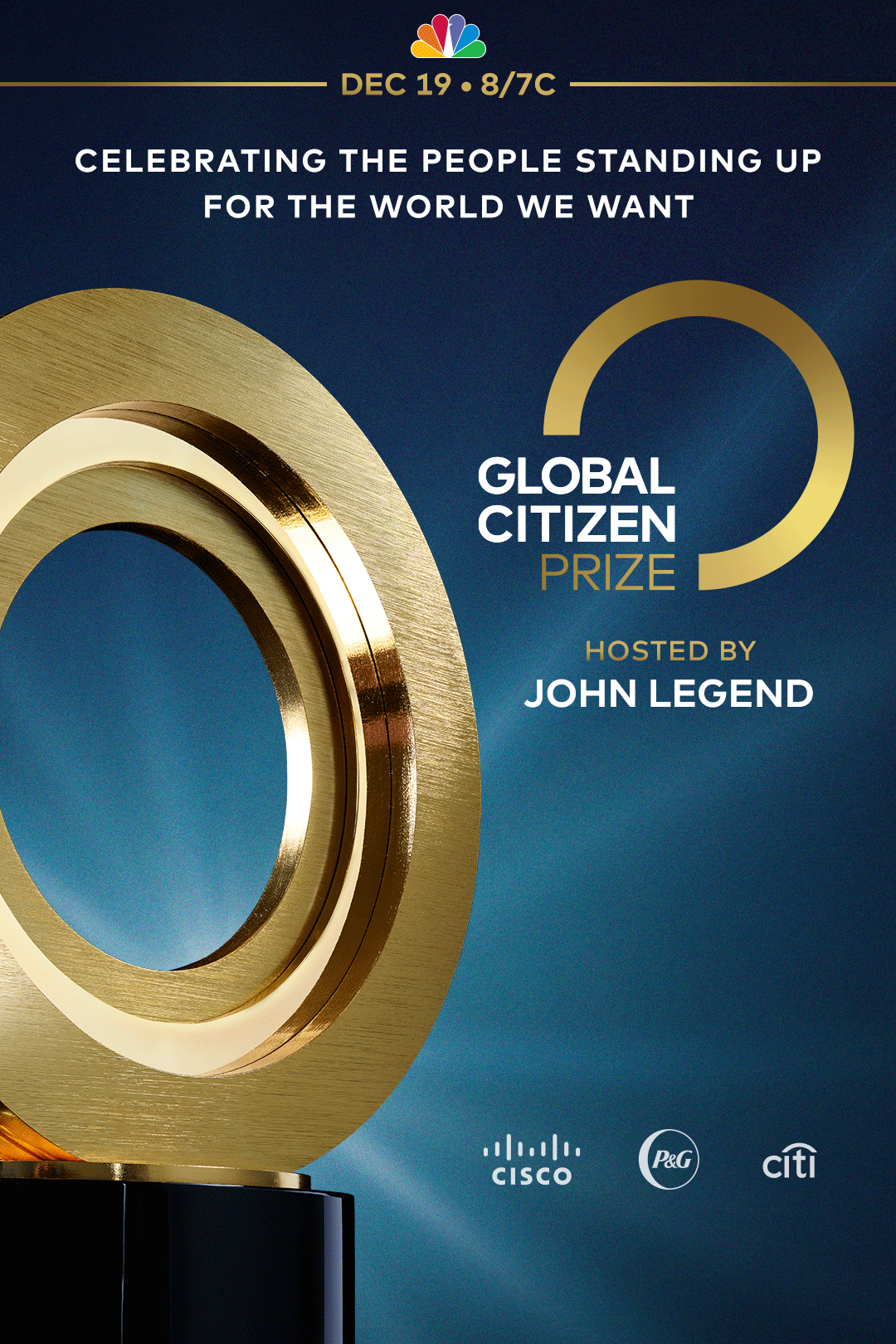 NEW YORK, Tuesday, November 17, 2020 /CSRwire/ - International advocacy organization Global Citizen today announced it will present the Global Citizen Prize award special. John Legend will again serve as the host of Global Citizen Prize, which will celebrate and honor leaders who are shaping the world we want and taking action to end extreme poverty.

The Global Citizen Prize honors those making extraordinary efforts to lift up the world’s most vulnerable and make the world a better place, and who inspire others to stand up and take action. This broadcast will feature unforgettable musical performances and collaborations, notable presenters, and inspirational videos of action and impact.

The broadcast special will air on Saturday, December 19, 2020, at 8:00 P.M. ET on NBC in the United States and CTV in Canada. The Countdown to the Prize digital pre-show, hosted by Access Hollywood’s Scott Evans, will stream at 7:30 P.M. ET on Facebook and Twitter. The Global Citizen Prize show will be available on Facebook, Twitter and YouTube following its airing on NBC. Additional broadcast markets, Global Citizen Prize awardees, hosts and musical performances will be announced in the coming weeks.

“The Global Citizen Prize has become an annual moment to honor extraordinary individuals who are taking action and creating change to build the world we all want,” said HUGH EVANS, CEO of Global Citizen. “We are thrilled to recognize the incredible impact of their work to build a better world for everyone, something that is needed in 2020 more than ever.”

“I’m so excited to be returning as host of Global Citizen Prize for the second year,” said JOHN LEGEND. “2020 has challenged all of us in many ways, and I’m proud to be celebrating leaders who are supporting vulnerable communities, working to end extreme poverty, and inspiring others to take action for change.”

In addition, the Global Citizen Prize is introducing three awards, selected by Global Citizen and a team of advisors to recognize individuals or organizations who have demonstrated exceptional impact over the preceding year, creating positive change and inspiring others through compassion, innovation and unwavering dedication in their respective fields. They include: