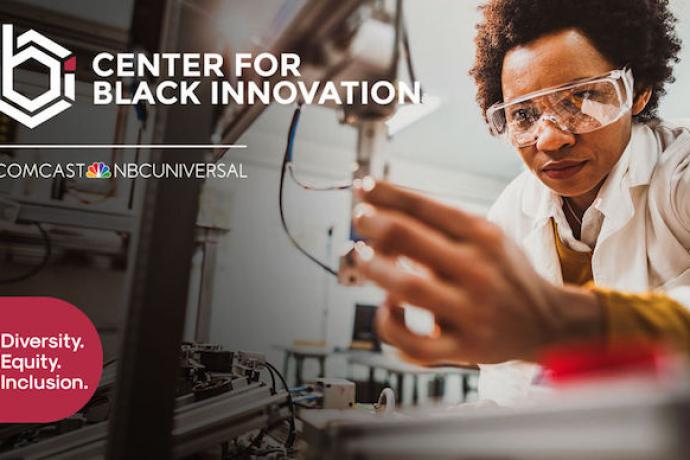 MIAMI, November 13, 2020 /CSRwire/ - The John S. and James L. Knight Foundation, the Surdna Foundation and Comcast NBCUniversal announced today over $2 million in investments to support the Center for Black Innovation’s mission to increase Black entrepreneurship in Miami and throughout the nation.

Previously known as Code Fever Miami, the center will provide startup and investor education for Black tech entrepreneurs in cities across the nation.

How the Center works

The new investment includes $1.5 million from Knight, $350,000 from Surdna and $250,000 from Comcast NBCUniversal. They will enable the nonprofit Center for Black Innovation to:

In the past, the Center’s founders have helped Black-led startups such as CaribShopper, IcanFitness, Adwizar, Beloved Box and GovLia build relationships with customers, funders and mentors.

“We have rebranded as the Center for Black Innovation to reflect the expanded programming for the many Black innovators in Miami and across the U.S.,” said Felecia Hatcher, who founded Code Fever along with Derrick Pearson in 2013. “With this investment, the center will also serve as a research center committed to creating equitable pathways for Black founders to thrive and build capital.”

In 2013, Hatcher and Pearson created Code Fever to address a lack of entrepreneurial opportunities in Black communities across the U.S. Knight has supported the organization since its inception with a total of $1.6 million in funding for programs benefiting Miami’s entrepreneurs of color, such as BlackTech Week and the Young Coders Academy.

This is Surdna’s first investment in the Center focused on creating national programming and infrastructure. Today’s joint investment supports the Center’s vision of growing the number of Black entrepreneurs who are successful in establishing startups in Greater Miami and across the nation.

“Knight has long been committed to helping Miami grow as a place where everyone can benefit from the promises that innovation and entrepreneurship offer, including expanded individual opportunity and economic inclusion,” said Raul Moas, director for Knight’s Miami program.

Knight’s Miami program is focused on growing a startup community that’s open to all and through which innovators can connect and create lasting change. Surdna’s Inclusive Economies program focuses on investing in business development for communities of color and increasing community voice in economic policy and planning.

“This partnership creates the opportunity for the Center for Black Innovation to be a training ground for other communities across the nation to build and strengthen their Black tech ecosystems,” said Patrice Green, program officer for Surdna’s Inclusive Economies program.

Comcast NBCUniversal has long been committed to addressing digital inequities so that all Americans have the opportunity to succeed in an increasingly digital world. This investment in the Center is part of the company’s multi-year $100 million commitment to fight injustice and inequality and will help create access to networks, training and capital for Black founders.

“Comcast NBCUniversal has joined with Code Fever Miami and Black Tech Mecca on their work to develop the next generation of Black innovators and entrepreneurs, and we are proud to expand this partnership with our support of the Center for Black Innovation,” said Dalila Wilson-Scott, executive vice president and chief diversity officer at Comcast NBCUniversal.

As part of its expansion, the Center for Black Innovation recently acquired Black Tech Mecca, a think tank that uses data to assist Black practitioners in finding opportunities in the global tech sector. The acquisition will allow for further research to identify how Black innovators participate in local economies and to identify areas for improvement.