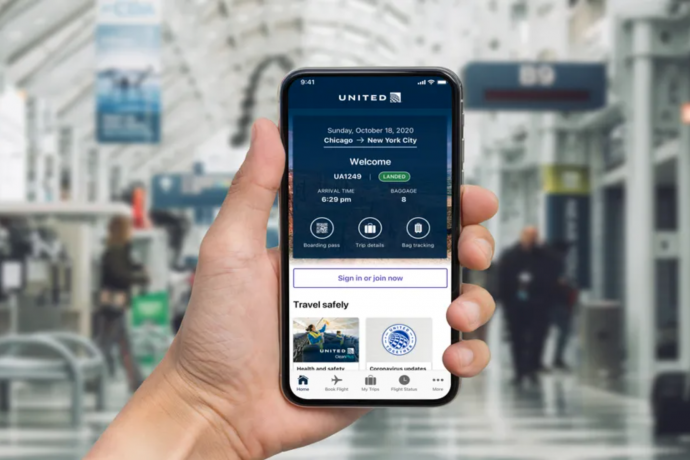 CHICAGO, Oct. 28, 2020 /CSRwire/ - United Airlines today launches a redesigned version of its mobile app, with new enhancements intended to make travel easier for people with visual disabilities. Throughout its award-winning app, the carrier has increased color contrast, added more space between graphics and reordered how information is displayed and announced to better integrate with the screen reader technologies like VoiceOver and TalkBack that are built into most handheld devices and read aloud on-screen messages and notifications. By restructuring the way the information is organized on the app, screen readers are better able to convert text to audio in the proper, logical sequence, allowing customers to better understand and navigate the app. According to the National Aging and Disability Transportation Center, more than 25 million Americans have self-reported travel-limiting disability. The improved accessibility of the app is just one of the ways United is continuing its commitment to accessibility and inclusion of customers with disabilities.

"The parts of the travel experience that we all take for granted like checking luggage, getting your flight status and accessing a boarding pass can still be a challenge for someone with a visual disability," said Linda Jojo, Executive Vice President for Technology and Chief Digital Officer, United. "These new accessibility enhancements are part of our continuing commitment to level the playing field, unlock all the customer benefits of our app and give people with disabilities more independence while traveling."

Visually impaired customers will notice that these changes make it easier to manage all aspects of day-of travel, including check in, viewing reservation details and flight status, bag tracking and more. Ray Campbell, a member of United's digital team who's visually impaired and sits on the board of the American Council of the Blind, played a key role in helping redesign the app, and walks through how these changes make flying easier for him in this video.

"Optimizing mobile apps for tools such as VoiceOver and TalkBack has been a game changer, allowing people with visual disabilities to fully utilize smartphone technology in their daily lives," said Campbell. "It's just as important for someone with a visual disability to easily access day-of-travel information and features as for any other customer. By improving the accessibility of the United app, we are truly living out United's mission of caring for all customers."

Beyond the accessibility changes, the United digital team enhanced the current offering while keeping the features that helped the app win a Webby People's Voice award in 2019.

The redesigned app is available for download today for iPhone®, iPad® and iPod touch® devices (as an iPhone app) and for Android devices.

Since the start of the pandemic, United has been a leader among U.S. airlines in enacting new policies and innovations designed to keep employees and passengers safer when traveling. It was the first U.S. airline to mandate masks for flight attendants, quickly following with all customers and employees. United was also among the first U.S. carriers to announce it wouldn't permit customers who refused to comply with the airline's mandatory mask policy to fly with them while the face mask policy is in place. United was also the first U.S. airline to roll out touchless check-in for customers with bags, and the first to require passengers take an online health assessment before traveling. The airline also recently announced it will apply Zoono Microbe Shield, an EPA registered antimicrobial coating that forms a long-lasting bond with surfaces and inhibits the growth of microbes, to its entire mainline and express fleet before the end of the year. 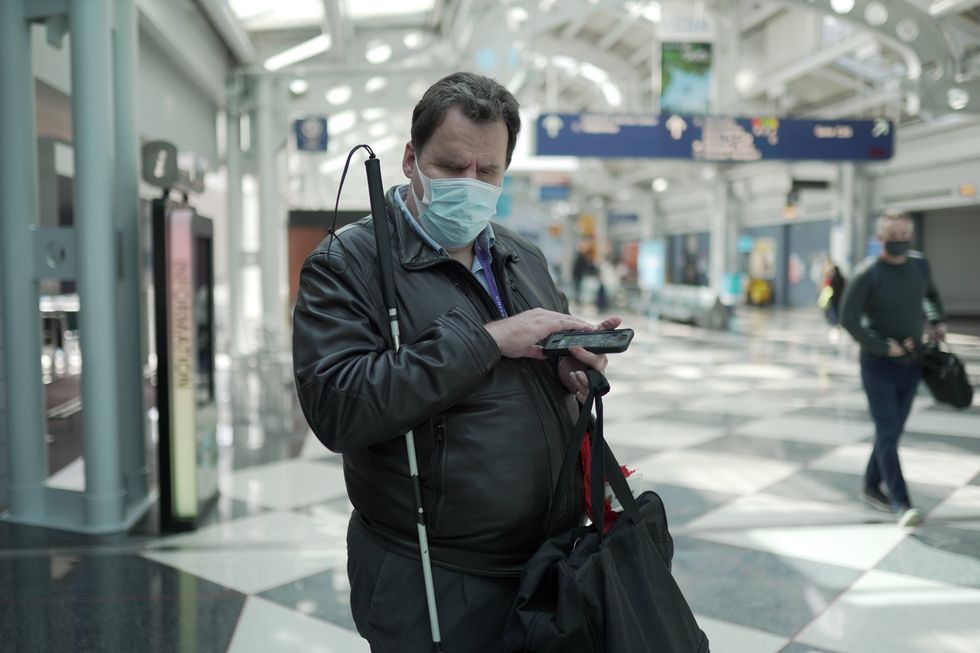