A  Neighbourhood  Lens  on  Food Security

Maybe you’ve heard the term ‘food desert,’ but what about ‘food swamp’? Here’s what that means—and why you might be living in one without even knowing it. 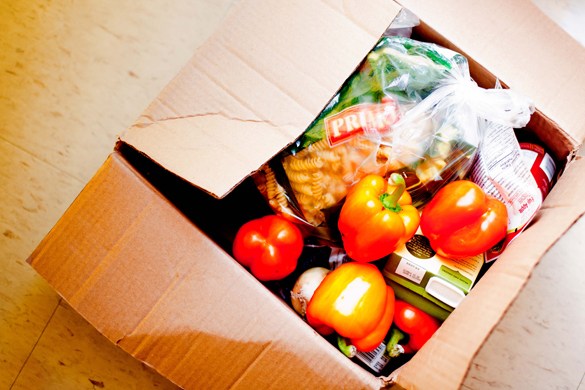 Food insecurity doesn’t always look like you think. Many of us have heard the term food desert, which refers to communities that don’t have grocery stores, farmer’s markets or other healthy food providers. They’re usually located in low-income areas, and unsurprisingly, they often have high rates of food insecurity.

That doesn’t sound anything like Peel Region, where there are ample grocery stores, restaurants and specialty food stores. But that doesn’t mean there’s no hunger here. Keisa Campbell, Manager, Neighbourhoods and Community Investment at United Way of Greater Toronto says food insecurity looks different depending on the neighbourhood, and in Peel, there’s plenty of food. But not everyone can access it. 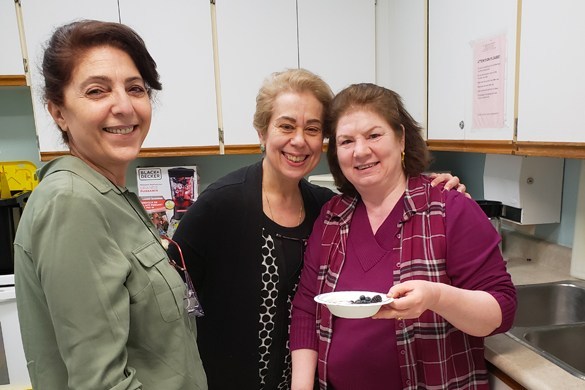 “Peel is actually a food ‘swamp’,” says Campbell, which according to Region of Peel experts means that sources of less healthy food greatly outnumber sources containing more healthy food by a factor of at least five to one. “There’s tons of food here, and it reflects all kinds of cultures. But it’s expensive. It’s cheaper to get chips than some nice fresh vegetables, or even some culturally appropriate food. So, what people end up doing is, they eat the chips.”

There’s another problem in this region, Campbell says. In new subdivisions, there may be grocery stores or even food banks relatively close by—but you need a car to get there, so people living on a low-income may not be able to access them.

When food security looks different depending on where you live, that requires a locally based solution that takes into account the unique needs of the people who live in the community. A unique pilot project between United Way and the General Mills Foundation in Peel Region is hoping to do exactly that by moving beyond the typical model of food distribution to a more collaborative, community-led approach.

A generous $1-million gift from General Mills is being invested in a number of community food systems grants that will connect residents living in poverty in Mississauga, Ont., with nutritious, culturally appropriate and affordable food. The programs will focus on community education as well as increasing access to food for community agencies, residents and partners across the food system.

One example? The Nourishing Communities project at United Way-supported MIAG Centre for Diverse Women & Families, one of six community food systems grants funded by the General Mills Foundation. It’s a nine-session program that combines seminars on food safety, reducing waste, reading food labels and working within a budget with food demonstrations, and gives participants a chance to connect with other members of the community through food. During the pandemic, the program has gone virtual—just as it became more necessary than ever.

Many people are experiencing major changes to their financial stability, either because they’ve lost their jobs or because their hours have been reduced. “That means they have less money coming into the home, which automatically puts them in a situation where they’re going to have food insecurity because they just don’t to have the funds to buy food,” Campbell says. “What we’re also seeing is, there’s been a dramatic increase in the number of people accessing food banks.” According to the federal government, one in seven people report they’re experiencing food insecurity, which puts people in the position of having to choose between paying for food or shelter and can lead to a whole host of physical and mental health concerns.

That’s something Kerri-Anne Lambie, the coordinator of the Nourishing Communities project, has seen first-hand. “Now we have the anxieties that come with traveling in public,” she says. “If you don’t have a vehicle and you are a single mom, you aren’t necessarily going to feel comfortable bringing your children out into public. Living in an apartment building also means that you’re traveling throughout common areas. So, it’s not just the shortage of food itself, it’s also anxieties about getting sick, or getting the elders or children who live with you sick.”

“We have moved to an online model, but it’s the same basic principle. We have a local nutritionist, so participants are still learning about the recipes and all of the nutrition,” Lambie says. “I find that being on Zoom also breaks that isolation for those who are fearful or unsure about moving out into the community itself. And people who have mobility issues and may not have been able to physically attend can now participate. So, we are hopefully encouraging interaction and community and avoiding social isolation.”

As Storey points out, the people who were already at risk for food insecurity—single-parent families led by women, as well as Indigenous populations, racialized populations and newcomers to Canada—are the ones who have been hardest hit by COVID-19, and who are at the highest risk of experiencing food insecurity. “The pandemic will have a devastating impact on so many in our community,” he says. “But the most vulnerable populations will likely be most impacted.” 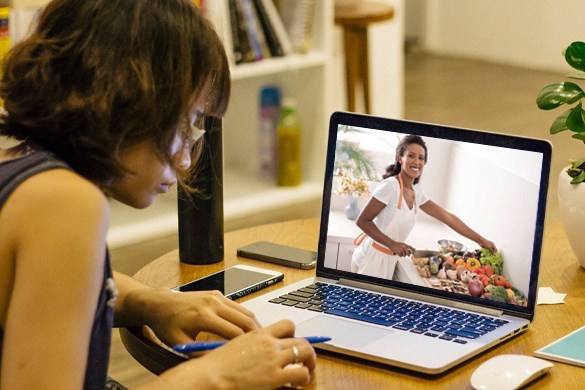 General Mills’ $1-million gift is a start, he says, but there’s still much more work to be done—including advocating for systemic changes that tackle the complicated tangle of factors that cause food insecurity, including system racism, income inequality, underemployment, insufficient childcare options and poverty.

“We would love to see various levels of government address things childcare benefits, guaranteed income, income supplements for seniors, and affordable housing so people can have the adequate funds to be able to buy the food they need and do all the other things that they need the money to do,” Campbell says.