'Every Vote Counts: A Celebration of Democracy' Broadcast Special to Air on CBS on October 29, Hosted by Alicia Keys, America Ferrera and Kerry Washington 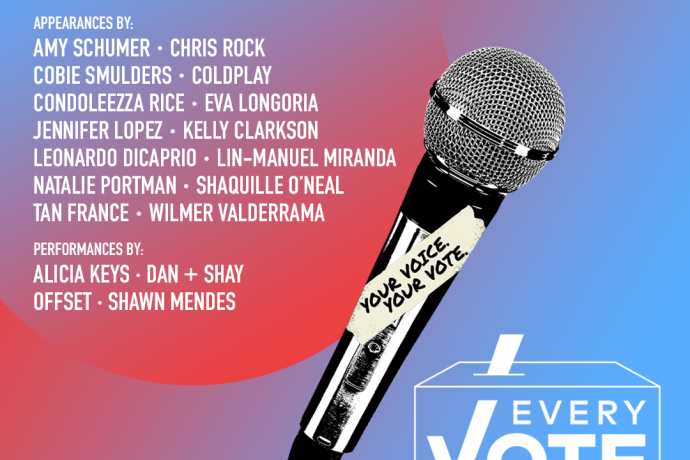 NEW YORK, October 22, 2020 /CSRwire/-  Every Vote Counts: A Celebration of Democracy, a nationally televised and streamed event, will air on the CBS Television Network and will be streamed via CBS All Access on Thursday, October 29, 2020 at 9:00-10:00 PM ET/PT. The special will also be available on the following services: iHeartMedia radio stations and app, Apple Music, Apple TV App, Amazon Music, Twitch, NowThis, YouTube, Twitter, TIDAL and Facebook, with more to be announced.

“The purpose for this special is to remind and inspire all Americans of the power of their voice and their vote. It’s a challenging time but we have the opportunity to continue to show up and shape the world we want to live in. In a democracy, every vote counts, so we want to encourage and uplift each other and remember we all have a say in the direction of our country because everyone’s participation matters,” said host Alicia Keys. “Also, for many young people across the country, this is their first time voting so we want to make sure they understand the magnitude of this time and learn why this is one of the most exciting moments in the Democratic process.”

The special will feature musical performances, interviews with everyday voters, and speakers empowering citizens with incontrovertible information on how to vote and allay concerns they may have around voting amid a pandemic. Viewers will also be asked to create voting plans and build voting teams.

“I am honored to join my co-hosts in bringing together all of these amazing artists, musicians, community leaders and American voters to celebrate our democracy,” said host America Ferrera. “Our right to vote has never been more precious or vital. This celebration is an opportunity to uplift our country and to inspire one another to joyfully act on our most fundamental right and responsibility as Americans. Our vote is our voice. And ‘Every Vote Counts’.”

Every Vote Counts is an appeal to all Americans – all races, creeds and parties – to get to the polls in the final days of this election season. The nonpartisan special will remind viewers that the right to vote has been hard fought, fair elections must be protected, and above all a strong democracy depends on participation. The special will aim to inspire viewers to rally their families and communities to go to the polls.

"I am thrilled to be joining my dear friends Alicia Keys and America Ferrera to host ‘Every Vote Counts’ so that we can amplify voters' voices and provide resources for all Americans as they participate in our democratic process," said host Kerry Washington. “For our democracy to work, every American's voice must be heard and every vote must be counted. We are so excited for this opportunity to celebrate democracy and our collective power when we all show up at the polls.”

Every Vote Counts is a nonpartisan civic engagement event and is not a fundraiser. For tune-in information and to pledge to vote, visit www.globalcitizen.org/everyvote.

The Syndicate On Behalf Of Headcount:
Jeff Kilgour, jeff@thesyn.com