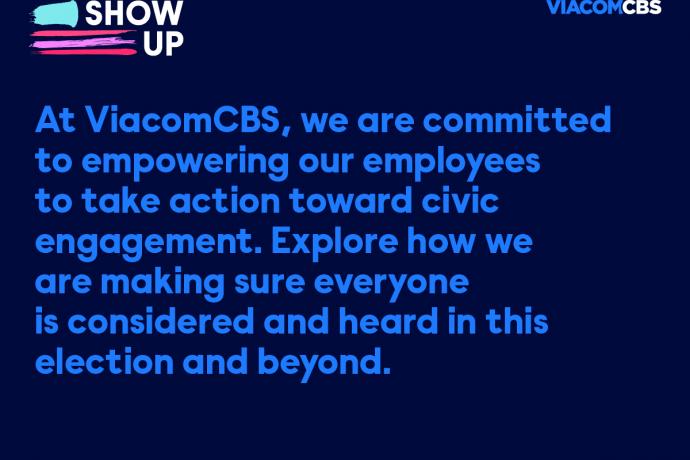 As a civic-minded company, time after time ViacomCBS has demonstrated its commitment to empowering audiences and employees to exercise their rights, represent their interests and vote.

This election is critical. From COVID-19 to the ongoing fight for social justice, it’s never been a more important time for voters to have their voices heard. With the election weeks away, ViacomCBS is ensuring that employees have the flexibility and support they need to do their civic duty and get engaged in the democratic process: 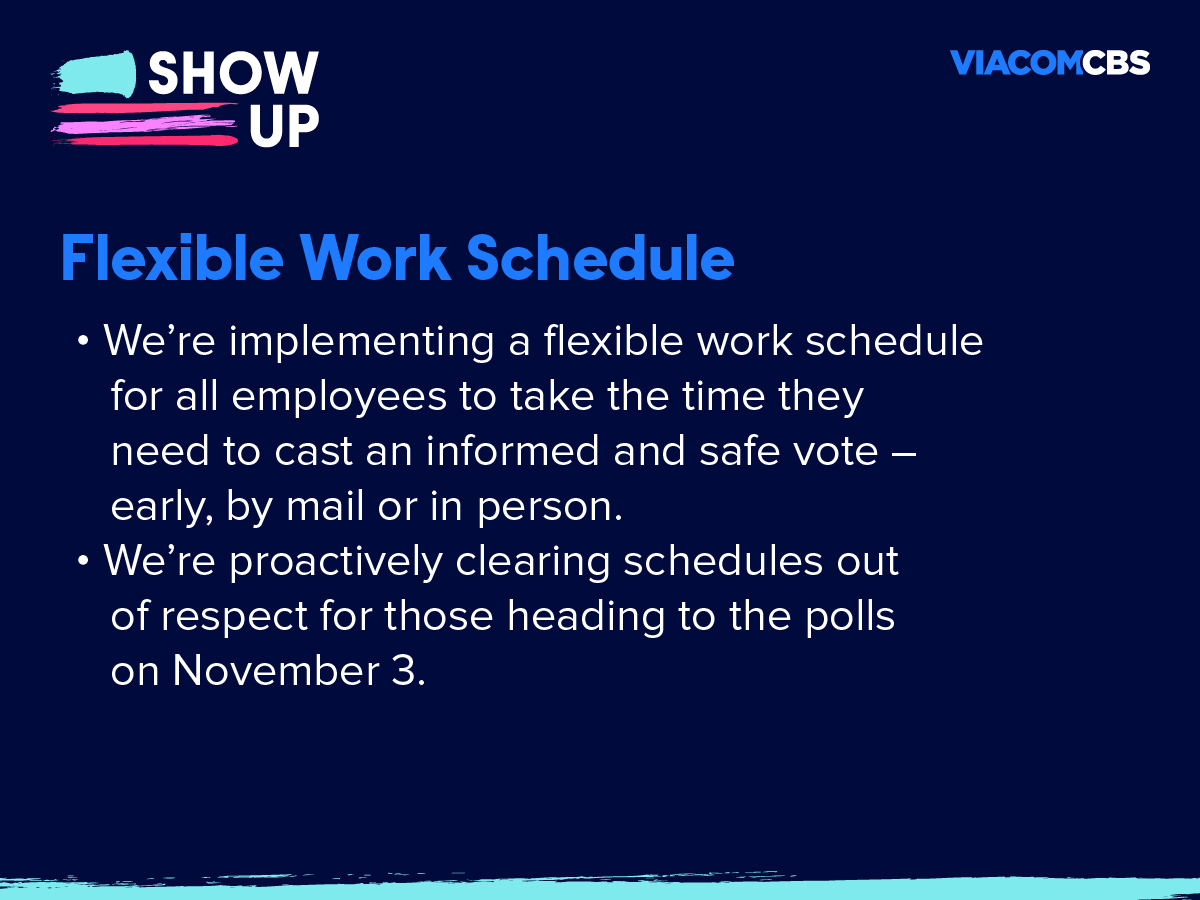 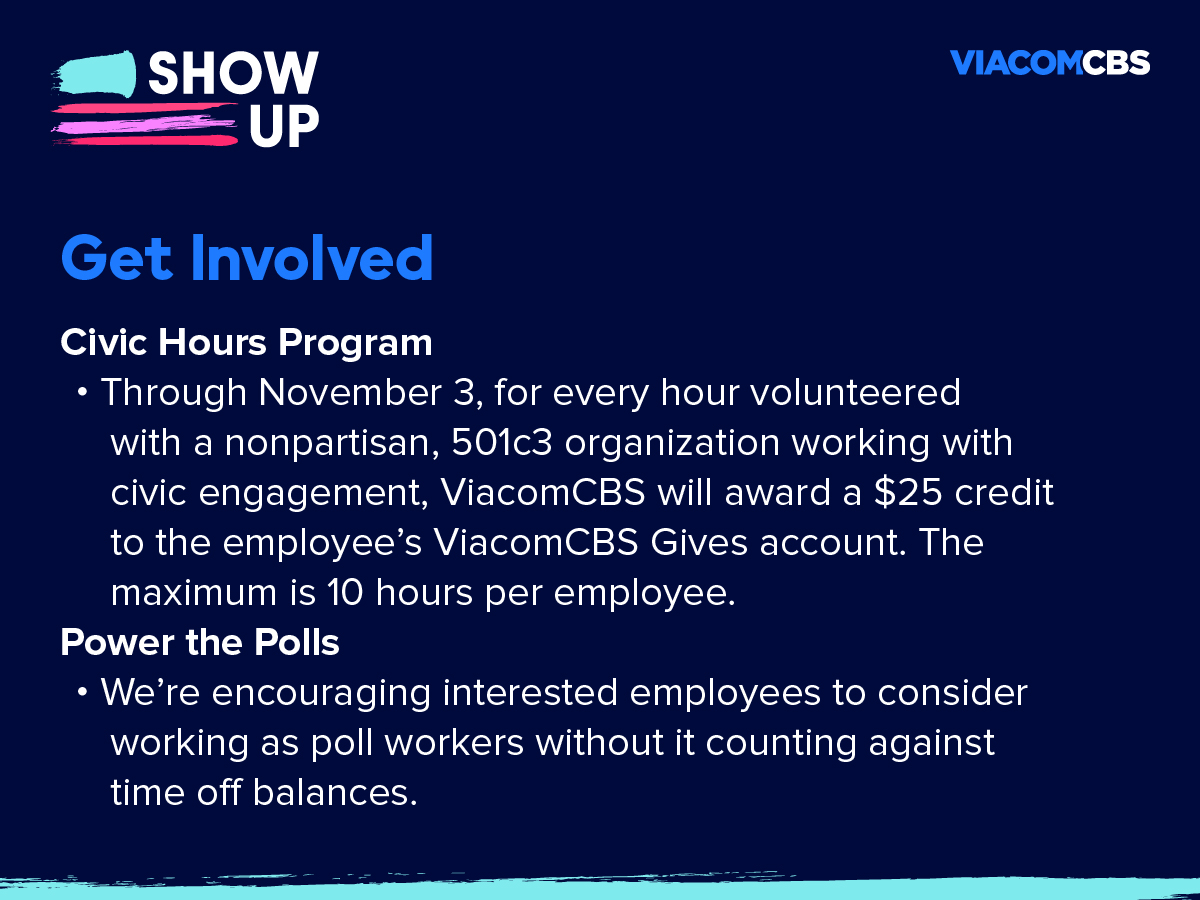 ViacomCBS and its brands have also continued to come together to support and inspire audiences to vote. Here’s a snapshot of all the great work happening: 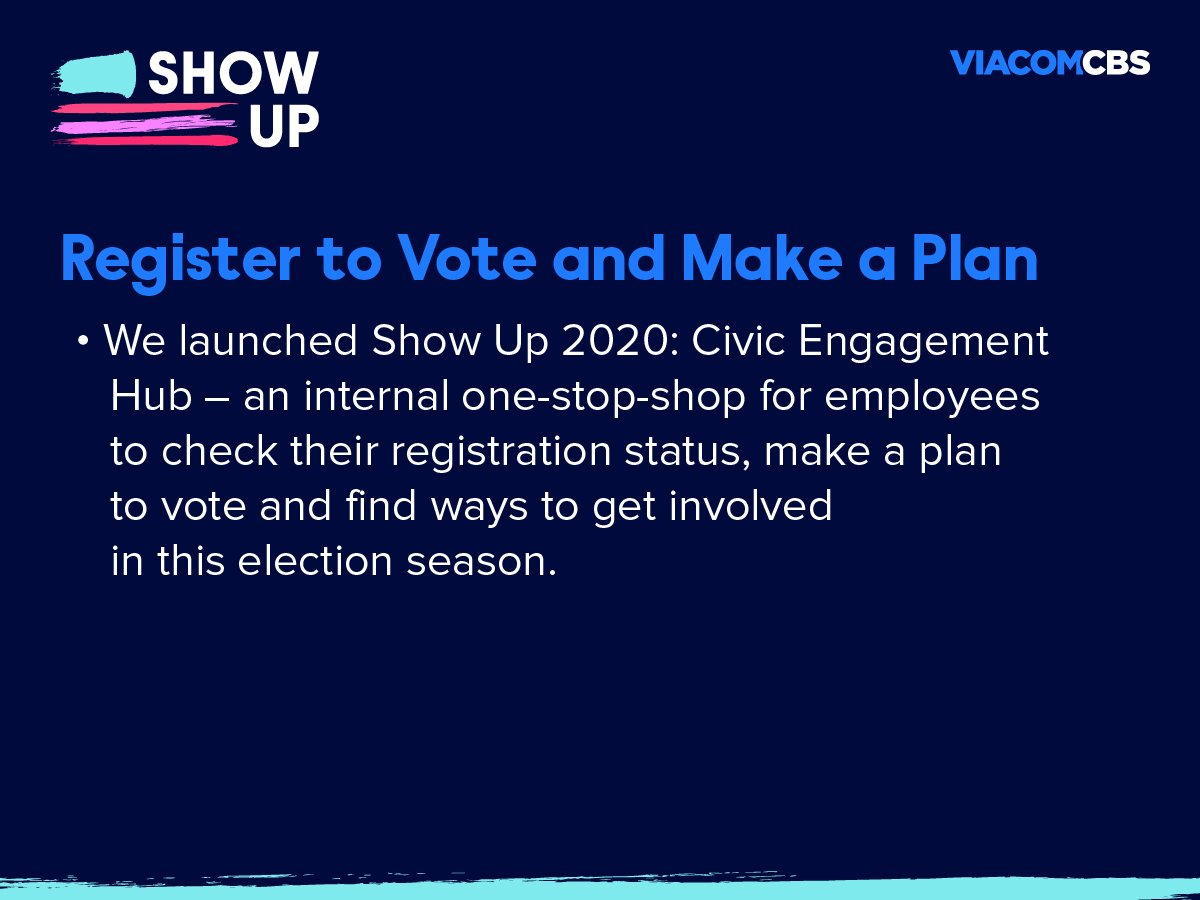 Civic engagement is in ViacomCBS' DNA, and the company is proud of everything its teams are doing to encourage a strong turnout and ensure a safe and fair election for all voters.