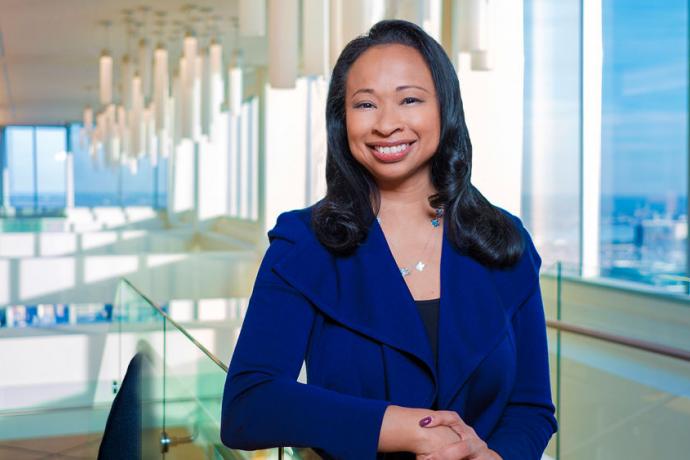 PHILADELPHIA, October 8, 2020 /CSRwire/ - Effective today, Ms. Wilson-Scott will oversee all Diversity, Equity, and Inclusion activities for the corporation. She will also continue to lead the Comcast NBCUniversal Foundation and the company’s community impact work.

“Dalila is a fantastic leader and passionate advocate and supporter of our corporate social responsibility efforts, which have been at the heart of our company for decades,” said Mr. Roberts. “In her new role, she will build on our strong foundation, partnering with leadership teams across our organization to continue to make our company and culture more inclusive, and to help us drive substantive change.”

Since joining Comcast, Ms. Wilson-Scott has led the Comcast NBCUniversal Foundation and community impact work and will continue to spearhead our charitable giving and philanthropic strategy, including Comcast NBCUniversal’s $100 million commitment to advance social justice and equality. Ms. Wilson-Scott also has been deeply involved in the company’s digital equity efforts. She will continue to be instrumental in helping identify and build partnerships with organizations to provide the skills training and resources needed for under-resourced communities to succeed in an increasingly digital world.

Prior to joining Comcast, Ms. Wilson-Scott spent over 16 years at JPMorgan Chase, where she served as Head of Global Philanthropy and President of the JPMorgan Chase Foundation. In this role, she led the firm’s corporate social responsibility strategy, philanthropic initiatives, and employee engagement and volunteerism, while helping to set the company’s overall corporate responsibility strategy. Prior to joining the Office of Corporate Responsibility, she served in the firm’s Corporate Merger Office as an integral member of the team managing the integration of JPMorgan Chase and Bank One.

In addition to serving on the boards of Welcome America, Inc. and Box.org, Dalila is a member of the Executive Leadership Council. She previously served as a member of the Committee for Economic Development and the Advisory Council of My Brother’s Keeper Alliance. Dalila has been named one of the “Most Powerful Women in Cable” by Cablefax Magazine, one of the “Most Powerful Women in Business” by Black Enterprise, and an “Innovative Rising Star: Building Communities” by Forbes. Dalila has been a featured speaker at several forums highlighting impact and innovation in philanthropy, including at the Aspen Ideas Festival, Social Innovation Summit, USC Center on Philanthropy and Public Policy, and the Women’s Philanthropy Institute’s Annual Symposium.