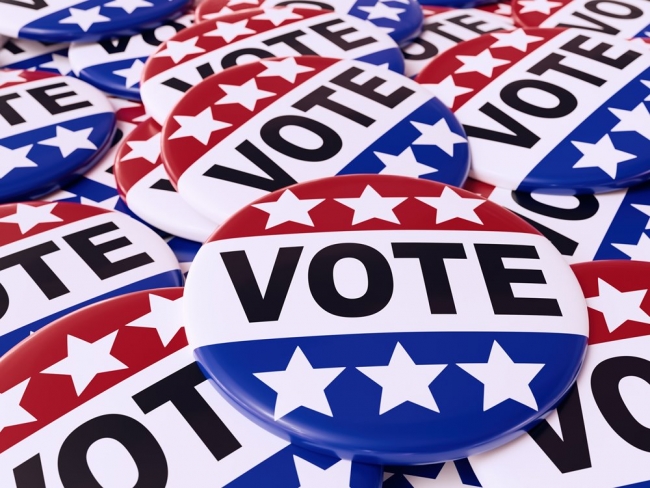 Rock the Vote and Cox Enterprises are announcing a new partnership aimed at ensuring Cox employees and customers have the resources they need to register to vote, become engaged, and make sure their voices are heard in this fall’s presidential election.

Through this partnership, Rock the Vote has created an election center for Cox employees, where they not only can register to vote, but also gain access to critical tools and resources to stay informed throughout the civic engagement process. Through the customized election center, Cox employees will be able to check their voter registration status, look up their sample ballot and polling location, sign up for election reminders and view their state polling priorities. Cox is also sharing opportunities for employees and employee resource groups (ERGs) to take their voting commitment a step further by volunteering as an Ambassador or phone banking.

Along with the election center, Rock the Vote has provided Cox with text to code and voting help hotlines for their work with nonprofit partners, such as Girls Inc. and Atlanta-based Open Hand, to reach the broader communities within the company’s footprint.

“We want every person in America to have the knowledge and access they need to exercise their right to vote,” said Maury Wolfe, assistant vice president of corporate responsibility and public affairs at Cox Enterprises. “This partnership with Rock the Vote represents our commitment to championing inclusion, diversity and civic engagement throughout our company and the communities we serve. At Cox, we believe in empowering people to build a better future – and the ballot box is the most important place in our democracy for our voices to be heard.”

In addition to the work Cox is doing to encourage its employees to vote and volunteer, the company is giving employees up to six paid hours per year to exercise their right to vote, and donating more than $500,000 in ad space across its media platforms to encourage the general public to engage with Rock the Vote’s resources leading up to Election Day. The first ads are already appearing on Cox-owned websites for Kelley Blue Book and Autotrader, reaching more than 65 million average monthly visitors. Consumers to the websites are greeted with resources for  registering to vote and information on how to get out to the polls in November. Cox Communications, the company’s cable division, will be airing public service announcements later this year.

“We’re thrilled to be partnering with Cox Enterprises during this important time, and on this critical effort of ensuring everyone has access to the resources and information they need to cast a ballot in the fall,” said Rock the Vote President Carolyn DeWitt. “Providing Cox employees with the trusted tools they need to help them navigate the voting process also means giving them the power to help make a difference in their very own communities.”

This partnership builds on Rock the Vote’s Brands for Democracy initiative, being a trusted partner to companies dedicated to civic action.

During midterms, Rock the Vote processed more than 800,000 voter registrations, with successful registrants turning out at a rate of 71% – more than 40 points higher than the national youth average.