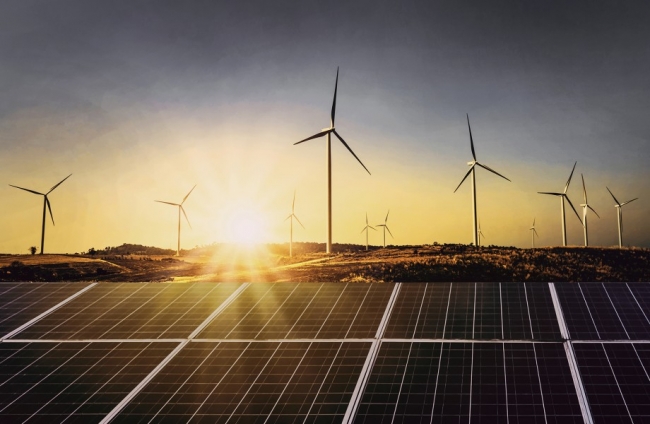 Walmart Inc. and Schneider Electric, the leader in the digital transformation of energy management and automation, today announced a new collaboration that will provide increased access to renewable energy for Walmart’s U.S.-based suppliers, enabling them to lead on climate action. The groundbreaking initiative, called the Gigaton PPA (GPPA) Program, is designed to educate Walmart suppliers about renewable energy purchases and accelerate renewable energy adoption by participating suppliers through aggregate power purchase agreements (PPA).

The program directly supports Walmart’s Project Gigaton, which aims to avoid one gigaton (one billion metric tons) of carbon dioxide from Walmart’s global value chain by 2030. To date, more than 2,300 suppliers from 50 countries are participating in Project Gigaton. Suppliers have reported a cumulative 230 million metric tons of avoided emissions since 2017 – more than 20% of the goal – through energy, waste, packaging, agriculture, forests and product use and design.

“The Gigaton PPA Program is the kind of innovation-in-action needed to help our suppliers take the next step towards low-carbon emissions, helping to build a more sustainable future for our communities,” said Zach Freeze, Senior Director, Sustainability at Walmart. “Through Schneider Electric’s work with our suppliers, the program aims to democratize access to renewable energy and accelerate its use with our supplier base.”

While corporate renewable energy procurement is on the rise, the overall number of companies involved is still relatively low, with just over 100 unique companies participating in the U.S. renewable energy market since 2008, according to the Renewable Energy Buyers Alliance Deal Tracker. Some of the challenges to accessing renewable energy experienced by smaller companies include a lack of size needed to approach the market individually, insufficient education on the specific mechanics of renewable energy transactions and guidance on how to secure renewable energy.

The GPPA initiative was designed to help overcome these barriers, making it possible for more companies to learn about energy purchases, access renewable energy, reduce emissions and increase their ability to contribute towards Project Gigaton. The GPPA program works by educating participants on the renewable energy market, providing guidance on the projects and bringing together interested companies to contract for renewable energy as a cohort, leveraging the size of the group to achieve an economy of scale. Walmart will serve as the convening champion for the program, inviting suppliers to join.

“It is our honor to work with Walmart on this revolutionary program,” said Steve Wilhite, Senior Vice President, Schneider Electric. “The company is demonstrating significant leadership by increasing access to utility-scale renewable energy opportunities for their suppliers as part of the Project Gigaton ambition. The GPPA program aims to bring a significant amount of new wind and solar to the grid at a time when climate action is most urgent.”

For more than a decade, Walmart has been working with suppliers, NGOs and others to inspire positive change across global supply chains. In its own operations, Walmart has set a goal to be powered 50% by renewable energy by 2025, and currently the company powers an estimated 29% of its operations with renewable energy. Walmart and Schneider Electric are also members of the Renewable Energy Buyer’s Alliance, a coalition that brings together purchasers and suppliers of renewable energy to make the process of transitioning to cleaner energy sources easier.

Walmart suppliers can learn more about the GPPA program, and the participation criteria, at www.gigatonppa.com.

About Walmart
Walmart Inc. (NYSE: WMT) helps people around the world save money and live better - anytime and anywhere - in retail stores, online, and through their mobile devices. Each week, over 265 million customers and members visit approximately 11,500 stores under 56 banners in 27 countries and eCommerce websites. With fiscal year 2020 revenue of $524 billion, Walmart employs over 2.2 million associates worldwide. Walmart continues to be a leader in sustainability, corporate philanthropy and employment opportunity. Additional information about Walmart can be found by visiting corporate.walmart.com, on Facebook at facebook.com/walmart and on Twitter at twitter.com/walmart.

About Schneider Electric
At Schneider, we believe access to energy and digital is a basic human right. We empower all to do more with less, ensuring Life Is On everywhere, for everyone, at every moment. We provide energy and automation digital solutions for efficiency and sustainability. We combine world-leading energy technologies, real-time automation, software and services into integrated solutions for Homes, Buildings, Data Centers, Infrastructure and Industries. We are committed to unleash the infinite possibilities of an open, global, innovative community that is passionate with our Meaningful Purpose, Inclusive and Empowered values. www.se.com