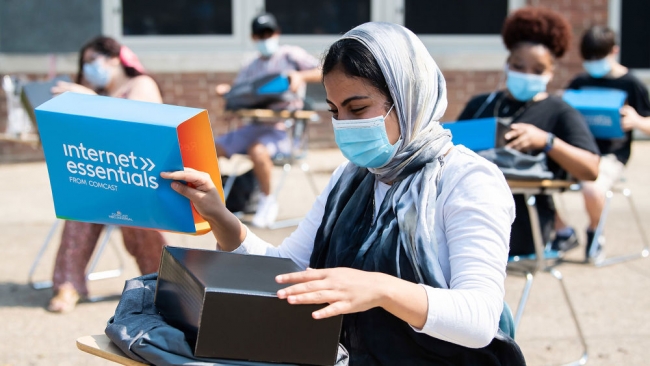 We are very pleased to announce that Comcast NBCUniversal today was named by PEOPLE Magazine as one of the top “50 Companies that Care,” placing 7th on the annual list. The distinguished honor by PEOPLE highlights the top US companies that demonstrate outstanding respect, care and concern for their employees, their communities, and the environment. This is the third consecutive time PEOPLE has recognized Comcast on the list for its ongoing commitment to create real and lasting impact in the communities where its employees live and work.

At Comcast NBCUniversal, we recognize the impact of giving back to our employees and the communities we serve. We recently announced our multiyear plan and commitment of $100 million to fight injustice and inequality, which builds upon our longstanding commitment to diversity and inclusion, and also announced our 'Internet Essentials Partnership Program' that enables cities, school districts, and community-based organizations to connect large numbers of low-income students to the Internet to support distance learning. These are just a couple of examples of the many initiatives we have developed to support the communities we serve.

For more information, please see our 2020 Values Report: Together We Build.  Jobseekers can explore opportunities at comcastcareers.com, nbcunicareers.com, and through Comcast NBCUniversal’s LinkedIn page.