Company’s commitment to RE100 demonstrates clean energy and climate leadership 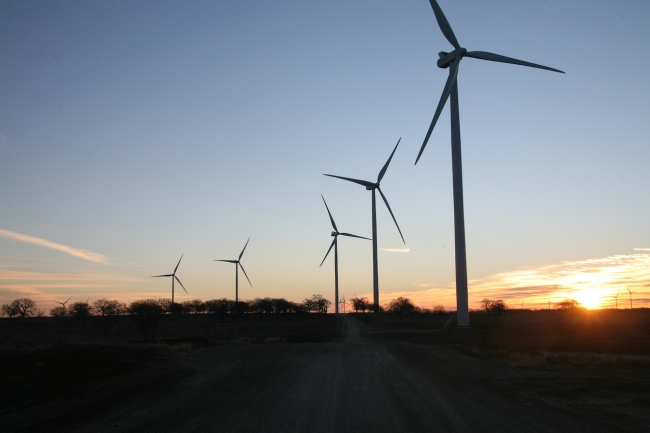 General Mills set a goal of 100% renewable electricity by 2030 as part of the RE100 global corporate initiative. To achieve this, the company is investing in renewable energy efforts to support the company’s environmental objectives. Examples include two large-scale wind farms which will produce renewable energy credits (RECs), and anaerobic digestion (which captures and uses methane from waste to generate electricity). Internationally, the company is investigating renewable projects where it has energy-intensive operations.

“Signing on to a movement like RE100 extends our commitment to renewable electricity globally, across our supply chain,” said John Church, chief supply chain officer at General Mills. “We know we’re able to drive more widespread action and impact when we make bold commitments. And we’re proud to be among those corporations that are taking the initiative to use scale for good because together, we can secure more measurable and meaningful results.”

In 2015, General Mills was the first company across any sector to publish a goal approved by the Science Based Targets initiative (SBTi) to reduce absolute greenhouse gas emissions across the company’s full value chain (Scopes 1, 2 and 3) by 28% by 2025. Through 2019, General Mills has reduced the greenhouse gas emissions of its extended value chain by 14% compared to its 2010 baseline.

The renewable energy projects currently underway, as well as those yet to be implemented, will enable the company to reduce Scope 2 emissions in its global operating facilities. Projects underway thus far include:

“We are pleased to welcome General Mills to RE100,” said Sam Kimmins, head of RE100. “It is great to see such an influential business commit to 100% renewable electricity globally. General Mills’ leadership sends a strong signal to the wider industry that corporations can make a major contribution to the creation of tomorrow’s clean, resilient energy systems.”

In 2017, General Mills signed a 15-year virtual power purchase agreement with RES Americas for 100 megawatts of the Cactus Flats wind project in Concho County, Texas. In fiscal 2019, this project generated RECs equivalent to about one third of electricity usage at General Mills owned manufacturing locations in the U.S. And in 2019, General Mills signed another 15-year power purchase agreement with Roaring Fork Wind, LLC, a joint venture partnership between RES and Steelhead Americas, for 200 megawatts of its Maverick Creek wind project in central Texas. The wind farm will produce RECs for General Mills that, together with Cactus Flats will equal 100% of the electricity used annually at the company’s owned U.S. facilities.

“We have a responsibility to use our scale for good, and people and planet are our primary considerations,” said Mary Jane Melendez, chief sustainability and social impact officer for General Mills. “We continue to seek out and invest in solutions and programs that will restore and regenerate our natural resources which we are all dependent upon.”

General Mills is listed on the 2019 Dow Jones Sustainability Index, and the 2019 CDP A List Awards for Climate and Water.

Led by The Climate Group in partnership with CDP, RE100 is a collaborative initiative bringing together the world’s most influential businesses committed to 100% renewable power. Renewables are a smart business decision, providing greater control over energy costs while helping companies to deliver on emission reduction goals. RE100 members, including Global Fortune 500 companies, have a total revenue of over US$5.4 trillion and operate in a diverse range of sectors – from information technology to automobile manufacturing. Together, they send a powerful signal to policymakers and investors to accelerate the transition to a clean economy. Learn more at RE100.org.