Nonprofit partners with creative director and stylist on videos and lookbook in support of garment employees around the world, featuring apparel made in Fair Trade Certifiedâ„¢ factories. 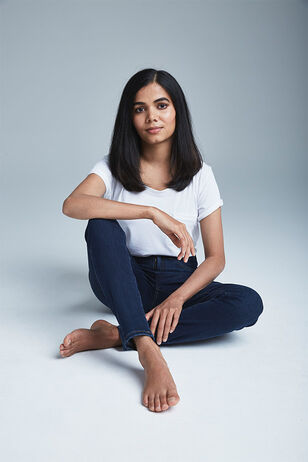 Set to launch during Fashion Revolution Week (honoring the anniversary of the Rana Plaza garment collapse in Bangladesh that killed 1,134 people), this conversation has never been more pressing than now, amid the COVID-19 pandemic and its effect on garment factory employees. Amid this unprecedented crisis, workers, factories, and brands are losing wages and being forced to make difficult decisions to keep their businesses running while protecting health and safety. Orders are being reduced, postponed, or canceled. Lockdowns are preventing work in some countries. Viral exposure on the job is a threat in others. All of this puts apparel employees’ health and financial stability at risk.

Amid this pandemic, we believe fair trade is more important than ever. As such, the Apparel & Home Goods (AHG) team is mobilizing to support its factory partners, workers, and brands during COVID-19 by compiling resources to share with factories about prevention, sanitary protocols, and social distancing best practices; making its Community Development Funds more flexible to use to address crisis-related needs; and providing brand partners with guidance on best practices and fair trade requirements during the pandemic.

The We Wear Fair Trade campaign turns the spotlight on the people who make our clothes and seven strong female advocates in the US who are championing their story. The lookbook “She Wears Fair Trade” was creatively directed and styled by Rachael Wang, photographed by Christelle de Castro, and directed by Daniel Navetta. It highlights the featured advocates and women in the garment, apparel, and home goods industries.

The Fair Trade Certified seal is sewn into all certified apparel — empowering consumers to shop their values and to choose clothing from factories that treat workers with dignity, respect, and a voice in their workplace. The lookbook showcases Fair Trade USA brand partners — J.Crew, Madewell, Mountain Equipment Co-op (MEC), Mountain Khaki, REI, Obey Clothing, Outerknown, Patagonia, and prAna — in an effort to raise awareness about the growing collection of Fair Trade Certified apparel, while showcasing the stories of the people behind the clothes themselves.

“Collaboration is at the heart of any movement toward change, and with this year's We Wear Fair Trade campaign I aspired to capture and honor the power that emerges from the gathering of a diversity of experiences, skills, and points of view. Individually, these women work to inspire, organize, and educate their communities, and together they alchemize to create the kind of transformative power that will influence an entire industry,” said Rachael Wang.

“The fashion industry is experiencing unprecedented circumstances due to COVID-19. Countries have closed borders. People around the world have been ordered to shelter in place. Factories and retail outlets have temporarily closed. The impacts of this crisis are being felt far and wide, especially by the most vulnerable, like garment workers,” said Amy Blyth, Director of Partnerships and Program Development for Fair Trade USA’s AHG Factory program. “It’s so easy to feel powerless right now, but that’s why this campaign is so important. It inspires advocacy and gives us tangible ways to take action. Now more than ever, programs like fair trade are critical.”

The We Wear Fair Trade campaign and “She Wears Fair Trade” lookbook officially launch on April 20th. In honor of the campaign, Fair Trade USA has dedicated a page to We Wear Fair Trade 2020 at FairTradeCertified.org/WeWearFairTrade. Please visit to view all the Fair Trade Certified styles and read the stories of this year’s models. Please download the lookbook for garment employee stories and visit the Apparel & Home Goods page to learn more about Apparel and Home Goods Factory program.

Fair Trade USA is a nonprofit organization and the leading certifier of fair trade products in North America. Its trusted Fair Trade Certified™ seal on a product signifies that it was made according to rigorous fair trade standards that promote sustainable livelihoods and safe working conditions, protection of the environment, and strong, transparent supply chains. Rather than creating dependency on aid, the fair trade model empowers farmers, workers, and fishermen to fight poverty and earn additional money to improve their communities.

In 2018, Fair Trade USA® empowered more than 950,000 farmers and workers in 45 countries across Africa, Asia, Oceania, Latin America, and the Caribbean to reach better terms with their trading partners.

Since 1998, workers have earned a total financial benefit of more than $610 million through sales of Fair Trade Certified™ products, including over $400 million in Community Development Funds and $200 million as a result of the Fair Trade Minimum Price.

The fair trade market is growing because of businesses' dedication to Fair Trade USA standards. As a result, consumer awareness of the Fair Trade Certified seal is at 60%—nearly double what it was in 2008.