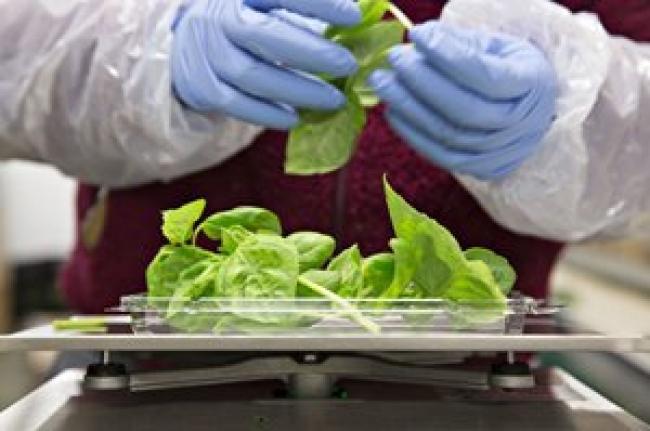 BrightFarmsâ€¯has a mission to provide access to the freshest, most responsibly grown local produce to improve the health of more Americans.

“We are already a mission-driven organization, and as the pandemic stresses our supply chains,â€¯we feel it’s our patriotic duty to help them get fresh, healthy food” said founder and President Paul Lightfoot.â€¯

When the pandemic hit in March, there was a big spike in orders from retailers as people began pantry loading, a trend typically seen before snowstorms. Now, demand remains high as “pantry loading has abated, but orders remain above normal historical levels.” said Lightfoot.

BrightFarmsâ€¯increased its production capacity using a new greenhouse that it had previously planned to ramp up at an incremental rate. The companyâ€¯alsoâ€¯shifted some of its production from lower-yield plants like kale to higher-yield ones like lettuces. This has helped them continue to meet demand from retailers, which include key partners likeâ€¯Walmart, Kroger and Ahold-Delhaize.â€¯

BrightFarmsâ€¯has about 180 employees working in greenhouse operations in Pennsylvania, Illinois, Ohio and Virginia, as well as their farm support center in New York. The company has responded quickly to protect the health and well-beingâ€¯of their people. For example:â€¯â€¯

From April until May 15,â€¯BrightFarmsâ€¯will donate a portion of its sales toâ€¯local food banks in the marketsâ€¯theyâ€¯serve.â€¯â€¯

During this time of uncertainty, Lightfoot said he feels luckier than ever to have Cox Enterprises as his company’s largest shareholder.â€¯â€¯

“The longevity and strength and mindset of Cox provides stability to BrightFarms. BrightFarmers take comfort in the fact that our largest shareholder has successfully weathered the 1918 Spanish Flu pandemic, both world wars and the Great Depression. We are grateful for their support and steady hand during these turbulent times.”