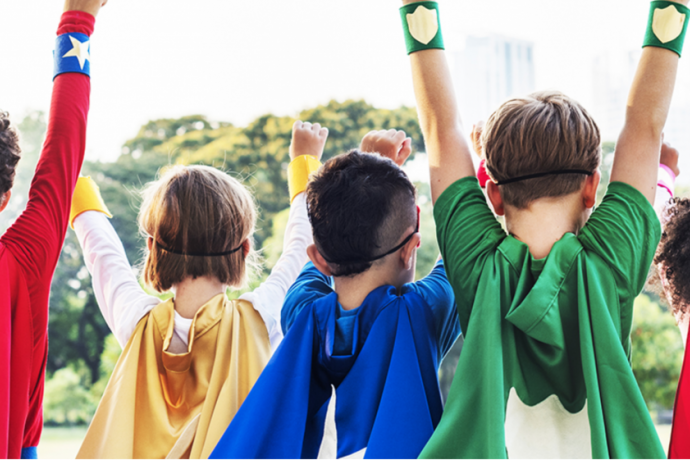 Some of you may recall the 1990s American TV cartoon program, “Captain Planet and the Planeteers” where five “planeteers” across the globe use the power vested in their rings to foil villainy and summon Earth’s ultimate superhero — Captain Planet himself.

What I really like about the program is that it instills environmental awareness among the young. Children learn that pollution, deforestation, poaching, and other environmentally destructive and unethical activities are just “bad behaviors.” They understand that they should stand up to such activities and be Earth’s superheroes.

The Earth’s average temperature has increased each year since 1880 (NASA/GISS). While these increases of less than a degree Celsius may not seem like big increases, data has proven that small changes in temperature are leading to extreme changes in the environment.

No matter where you live on the global map, you may have felt the effects of global warming.

Despite the environmental policies and regulations in most developed countries to mitigate global warming effects, the rate at which the climate system is warming demands an urgent global awakening.

The promise of a “better life” in cities drive the migration of people from rural areas where they end up living in less than ideal conditions. Not only are people exposed to more air and noise pollution in cities, but they also face all sorts of other urban-related stress such as flash floods, improper waste management, and contaminated drinking water.

According to the 2018 State of Global Air Report, 95 percent of the world’s population live in areas where air particulate matter concentrations exceed the World Health Organization’s air quality guidelines. Africa, the Middle East, and South Asia hold critical levels of contaminated air collectively because of fossil fuel combustion, open burning of agricultural lands and forests, and industrial and transportation-related sources.

By 2050, more than 5 billion people will face severe water shortages due to global climate change and polluted water supplies. (United Nations 2018). Water pollution takes on many forms: toxic algae blooms, oil spills, lead-contaminated drinking water, and debris-lodged waterways. Plastic waste is one of the worst offenders. The amount of plastic that empties into the ocean every year is a staggering 18 billion pounds.

Plastics disintegrate to tiny particles in the ocean, which includes particles as small as 10 nanometers. Sea creatures mistake these microplastics for food and ingest them. Eventually, the fish, lobster, or squid end up on our dinner plates, and so do the microplastics in them. It will take a long time before we can fully conclude the effects of accumulated microplastics in our bodies — plastic endures for 450 years or more. Already, the plastic pollution crisis has garnered worldwide attention as more plastic-snared or plastic-filled wildlife are found dead.

We are living in critical times. Mother Earth is suffering, and we need to stop global warming and pollution from exacerbating. Read on to learn about the two-step recipe to create Earth’s ultimate superheroes.

Teach at a young age environmental awareness and eco-friendly habits. Share with children ways to conserve water and electricity, and to not consume more than what they need. Show them how to get creative with repurposing old items instead of just trashing them into the bin. For some inspiration, here’s how a man creates cyborgs out of trash and some handy tips on reusing broken furniture parts to create incredible masterpieces in your home.

Make sorting out and recycling paper, glass, plastic, and aluminum cans a habit that carries on into adulthood. Involve your children in eco-friendly do it yourself (DIY) projects at home: grow a vegetable patch, create organic laundry detergent, or ferment a yummy kefir beverage. If you are thinking of purchasing new shoes, a handbag, or a toy for your child — support companies who create products out of 100% recyclable materials. I am proud that in Malaysia there are several zero waste stores to delight Earth’s advocates on this side of the globe; like The Hive – Honey We Don’t Waste.

Awareness is an excellent start to any epiphany. However, at current global warming rate and pollution levels, awareness alone is not enough. We need to raise the next generation of engineers and scientists who are curious about environmental issues, and bold enough to step forward and tackle them head-on.

The challenge of perception

Science, technology, engineering, and mathematics (STEM) education plays an increasingly critical role in schools and universities. According to Pew Research Center, mathematics and science scores of United States students consistently lag that of peers in many other advanced industrial countries. Why so? According to a related survey, half of the respondents think students do not pursue STEM degrees because they think science, engineering, and mathematics subjects are too difficult. Twenty-three percent think STEM subjects are not useful for their careers while 12 percent perceive the subjects are boring.

An overhaul is necessary

The Electrical and Computer Engineering Department Heads Association (ECEDHA) are aware of student retention challenges in ECE degree programs. Three universities are doing something about it by redefining the incumbent structure and to reinvigorate the teaching and learning experience in ECE programs.

Still, the most effective way to instill science and engineering interests in the future generation is to expose them to problem-solving STEM projects when they are young. When STEM is used to solve real problems, children see the positive impact of their learning and can understand that their role serves a much “higher” purpose.

Whether it is to eliminate microplastics or to reverse the effects of global warming, these little “Captain Planets” are confident future scientists and engineers who will not shy away from creating an environmental solution that has yet to exist today. Inspiring stories like how an 11-year-old stepped up to solve the Flint Michigan, USA water crisis in 2014. Environmental awareness, together with STEM knowledge, can potentially bring breakthrough solutions to our planet.

Keysight Technologies’ dedication to sparking STEM interest in children early in their education through various school and community engagements such as the Keysight After School (KAS) Program and Introduce a Girl to Engineering Day (IGED).

The IoT Innovation Challenge was also one of the ways that Keysight has encouraged “think tank” type approaches to environmental sustainability technology by graduate and undergraduate students worldwide. Students submitted designs for wireless sensor networks, for example, that could help address some of the environmental problems related to urban living.

IT TAKES A VILLAGE

Everyone has a part to play to combat global warming, pollution, and all other damaging activities. The Paris Agreement calls on worldwide societies to do their part in limiting global temperature rise below 2 degrees Celsius. Education is key and one of the United Nations Sustainable Development Goals by 2030.

I look forward to breakthrough innovation from engineers, scientists, and the “Captain Planets” of tomorrow to make this planet a better place to live in. For more information about how Keysight is doing to empower researchers, educators, and students worldwide, visit www.keysight.com/find/education.