Now More Than Ever, Everyone Can Help Support Global Water Access 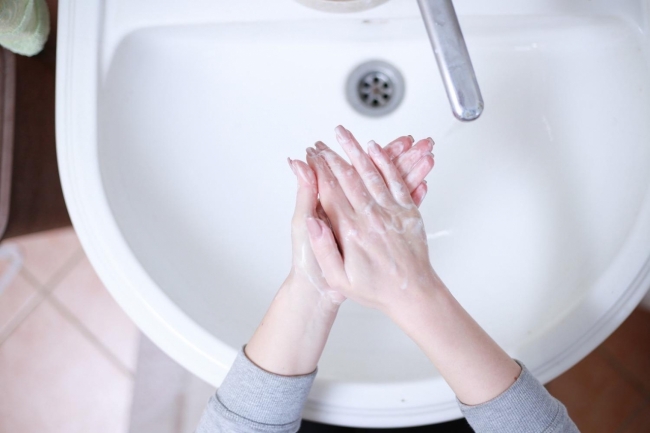 As the world adapts to the novel coronavirus pandemic, the importance of fresh, potable water looms larger than ever before: water to slake thirst, water to soothe fever, water to wash hands over and over and over again. And yet, hundreds of millions of people around the world already live without access to safe, clean water. The outbreak has laid bare just how vulnerable they really are.

Lack of access to clean water is usually associated with people in emerging economies or remote villages, but the rapid acceleration of the climate crisis has exposed everyone to risk. That universal risk comes into stark focus when an entire city — Cape Town in South Africa, for example — arrives at the brink of a water supply disaster.

In the U.S., climate change is clearly impacting the Colorado River. Fed by faraway mountain snow melt, the river is a lifeline for a string of cities and communities through seven western states, with 40 million people and $5 billion in agricultural activity depending on it. As snows become less frequent due to warming temperatures, the flow of the mighty Colorado has dwindled by 20 percent compared to the last century, researchers say.

As early as 2014, water managers in 40 of the 50 U.S. states anticipated water shortages in the coming years, even under average conditions. Globally, the World Resources Institute’s Aqueduct Water Risk Atlas lists 17 countries facing “extremely high water stress,” exposing both people and businesses to the consequences of even a minor shock to the system.

Against this backdrop of a global, climate-fueled water crisis is the ongoing challenge faced by an estimated 2.2 billion people around the world who lack access to safe drinking water, with 6 billion projected to be at risk by 2050. Pollution from human sanitation, agriculture and industry all contribute to the problem. In addition, water issues are also gender issues, particularly in regard to the burdensome task of carrying water by hand (or head) from the source to the point of use.

To focus global attention on water resource issues, the United Nations has recognized March 22 as World Water Day every year since 1993. World Water Day now supports the U.N. Sustainable Development Goals, adopted in 2015, with a particular focus on SDG 6: water and sanitation for all by 2030.

Some of the latest solutions have been simple yet ingenious. In regards to fetching water, for example, the company Wello has developed a human-powered, wheel-based device that won an award from the Grand Challenges Canada innovation program.

Other approaches have deployed the water-energy nexus to address both clean water access and climate change with cutting-edge technology. One example is a solar-powered, hydrogen-producing toilet developed with support from the Gates Foundation, with the aim of improving human sanitation in areas without access to conventional power.

On the water filtration side, DuPont and its water business, DuPont Water Solutions, offer new, energy-efficient improvements in reverse osmosis technology for treating industrial water, desalinating sea water, and filtering tap water. Further, the company recently announced it will align 100 percent of its innovation portfolios with the U.N. SDGs, meaning it will only support the research and development of projects that meaningfully advance these targets — particularly SDG 6.

"Global agendas like the SDGs provide a framework for addressing some of the world's most pressing challenges — and explicitly call on business to be part of the solution," says HP Nanda, global vice president and general manager of DuPont Water Solutions. "Water underpins almost every one of the SDGs, providing for our way of life and enabling socioeconomic progress, empowerment and development worldwide. Fortunately, we already have the technology to address many of the world's water challenges, but we need to unlock the capital to deliver these solutions at scale."

The company's global research center in Tarragona, Spain, offers an example of how this works in real life: Comprised of 40 testing units at industrial scale, Tarragona serves as a life-sized testing facility that can quickly move solutions from the lab to the world, having logged more than 150,000 operating hours since 2011.

Technology innovations like these provide businesses with a concrete, bottom-line pathway for investing in global water security and access to clean water. Businesses can also make a significant impact by amplifying  World Water Day messages to their employees, customers and communities — and organizers U.N. Water have released updated messaging to reflect both the climate connection and the ongoing COVID-19 crisis.

The theme this year is “everyone has a role to play,” with the goal of raising awareness about the connection between water resources, health and safety, and the climate crisis.

Part of the communications strategy involves raising awareness of the importance of water in climate management, including wetlands preservation, erosion control, rainwater storage, wastewater reuse, and adaptive or “climate-smart” agriculture. The strategy also drills down to the granular level by sharing simple steps that everyone can take. Taking shorter showers, eating a plant-based meal, saving leftovers, and saving energy at home are among the basic suggestions.

If the messaging for individuals all sounds like familiar territory, it is — and it’s important. Agriculture and other business sectors, with certain notable exceptions, have developed new efficiencies in energy and water use over the years, thanks in part to the use of basic equipment like water-saving fixtures. Meanwhile, record household consumption underscores the importance of individual messaging, as population growth and economic progress sparked a 600 percent increase in domestic water demand from 1960 to 2014.

Even as governments, NGOs and corporate leaders collaborate on global water solutions, every business has the ability to make an impact within its immediate range by amplifying the messages of World Water Day and taking its tenants to heart. "We need to create, use, recover and reimagine what will drive global sustainability and address climate change," says Nanda of DuPont Water Solutions. "And we can —  but it has to be a concerted, intentional effort."

This article series is sponsored by DuPont Water Solutions and produced by the TriplePundit editorial team.

Triple Pundit is an innovative new-media company for the business community that cultivates awareness and understanding of the triple bottom line. We provide expert editorial coverage, news and discussions on sustainable business in the 21st century.