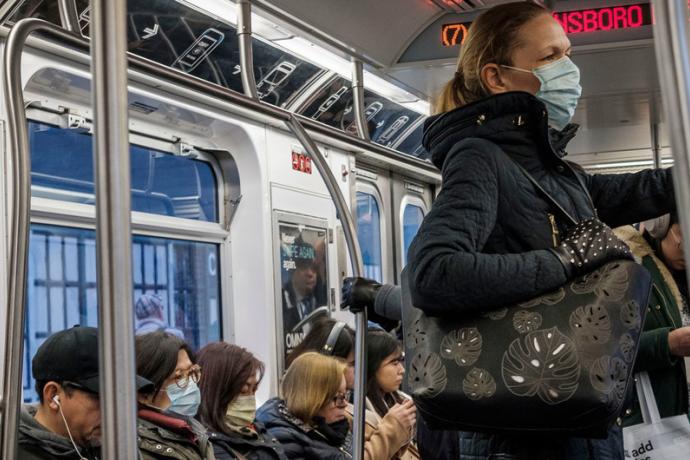 So the day of reckoning has arrived. Having staggered on, zombie-like, since the financial crisis of 2008, adding environmental (climate, pollution and biodiversity), social (inequality) and political (Trump, Brexit et al) crises to its charge sheet, globalisation circa 1980-2020 has finally fallen flat on its face; it’s greatest strength (the fluid movement of capital, jobs, people and manufacturing) ultimately it’s Achilles heel as the virus spread rapidly across a hyper-connected world.

Today we face the Herculean task of protecting the lives of hundreds of thousands of people, the health of millions and the livelihoods of billions. Nothing should detract us from winning this war. But as we fight we should seize the chance too to create a new, more resilient, healthy, equal society that lives in equilibrium with nature.

The financial crisis of 2008 prompted a huge rescue effort globally that won a pyrrhic battle, but ultimately lost a war. The largesse of society put a sticking plaster on the old system, rewarding the actors who’d brought it to its knees whilst turning a blind eye to globalisation’s structural failings.â€‹

We cannot do that again. So here are five observations on how business can ensure that our short-term rebuilding efforts leave a lasting legacy:

Corporate behaviour is a microcosm of today’s economic system. There have been some wonderful stories of corporate integrity, ingenuity and energy to help fight the fire (from Unilever to the UK supermarkets to the very wonderful Timpson). And there have also been some truly shocking stories of companies that have thrown loyal staff overboard at the first whiff of trouble while others have flouted all common sense and morality to try and stay open when isolation is what we need. But the vast majority have floated uneasily between these extremes.

Post-Covid-19 we will not see a blind eye turned as it was to the banks in 2008-2012 as they crept back to the old ways on the back of taxpayer support. The companies that prosper in the next decade will be the ones that have taken the management-speak of “purpose” and turned it into reality. They pay their taxes. They cut dividends and executive pay as they receive bailouts. They do the right thing by their customers and employees. Above all, they are socially useful and relevant in all that they do. They can answer proudly the question, “what did you do in the war?”

We’ve paid lip service to the reality that social and environmental sustainability are two sides of the same coin. The entirely accurate, entirely logical narrative on the #climatecrisis has not captured the attention and energy of most citizens. The environmental movement can legitimately point to the obfuscation and lies of pro-fossil lobbyists, but we must also reflect that today’s approach is too distant from everyday life to create the willingness to upend in a matter of weeks all aspects of modern life in a way that the Covid-19 response has managed. The words #justtransition still sit too far to the edge of the whole climate crisis debate. They need to be put front and centre.

3) Take a systems approach, in thought and deed

It was striking to read the UK government’s last five-yearly risk assessment, published in 2017, laying out the meta-societal risks facing UK society. There was “pandemic influenza” ranked as one of the most likely occurrences and certainly the one with the largest detrimental impact on society and the economy. Similar documents will have been produced across the world by other august bodies. Many good people and organisations will have used this analysis to develop detailed response plans. But the overwhelming sense of the last couple of months has been of leaders being surprised by events and rushing to make up responses on the hoof.

There seems to be disconnect between risk strategically assessed and the development of detailed response plans resourced and practised. The two need to be linked together, not least for the global food system, which is already facing huge strains as it tries to feed more people in the face of more extreme weather events. Such strains are much reported but little acted upon. If (when?) the global food system faces it’s Covid-19 moment do we know what we’ll do?

4) Make the fourth industrial revolution work for all

We must seize the opportunity presented by the fourth industrial revolution to build a better future. The last decade has thankfully presented us with a myriad of innovative digital platforms to keep in touch through today’s isolation, socially and workwise. That’s what markets are good at, and should keep on doing. But generally new innovations are popping up in the marketplace in a piecemeal manner. As Covid-19 has shown us, when we put ourselves on a war footing we can make big things happen fast. Let’s now have a collective political, social and corporate view on how the many moving parts of the fourth industrial revolution can work together to create a better future. There is an urgent need to decide whether the fourth industrial revolution will be owned by the “few”, perpetuating today’s flawed, unequal centralised system, or whether it gives back power to all citizens on whatever level of participation they want to organise.

5) Double down on partnership

Finally, Covid-19 has demonstrated that no one can prosper alone. There is such a thing as society. We are all part of it. Yet at just the time we need more global collaboration our fractious political leaders have descended into petty bickering and point-scoring. Business has in recent years shown a greater understanding that it collectively depends on a thriving society and planet but is still light years away from the scale and pace of partnership required to create a new economic model in which individual companies can win and lose, but only if all of society and planet Earth prospers. Business must put partnership at the heart of what it does all the time, not just on specific issues (eg palm oil sourcing) but also on systemic change too (eg the global food system).

Pre Covid-19 we were already starting to see new companies emerging that were operating on these five principles, offering citizens products and services that were great for them, but also great for society and planet in equal measure.  Some of these startups sadly won’t make it through the short- term economic bloodbath that lies ahead, but many will. They are an inspiration and a pointer to us all that a great revolution in business is coming, washing away not just the patently “bad” actors, but also the many “average” companies that are watching lazily, indifferently from the sidelines.

Which type of company do you lead, work for, invest in, shop with? Will it be useful, relevant and prospering on the “other side”?

About Mike Barry
Mike is a change agent, committed to helping business big and small, new and established to prepare for and succeed in the great sustainability disruption that will wash through the economy in the 2020s.

Mike was until recently Director of Sustainable Business at Marks & Spencer, spearheading its ground-breaking Plan A (because there is no Plan B for the one planet we have) sustainability programme. He co-chaired the Consumer Goods Forum’s sustainability work bringing the world’s largest retailers and fast moving consumer goods brands together to work on issues such as deforestation, plastics and forced labour. He is a Senior Associate at the Cambridge Institute for Sustainability Leadership.

Sustainability & EHS Recruitment and Talent Development
Acre connects forward thinking organisations with purpose driven professionals. We work with functions which focus on resolving systemic challenges that impact society and the environment at a global level. These functions include; Sustainability and CSR, Corporate Affairs, ESG and Sustainable Finance, EHS as well as Energy and Clean Technology. To learn more, visit acre.com

At Acre, we work with the most aspirational businesses with potential to make real change; from those who are just starting out to those who are well on the journey to crafting a legacy.

Our 18 years' experience in sustainability recruitment, combined with our extensive global network, enables us to provide talent solutions that are designed to deliver this change.

Through our unique behavioural assessment technology, we understand the types of people, skills and behaviours required to create impact. We can develop these qualities within your existing teams too.

We find talented people and develop their skills to ensure they make a true impact in ambitious, progressive organisations.