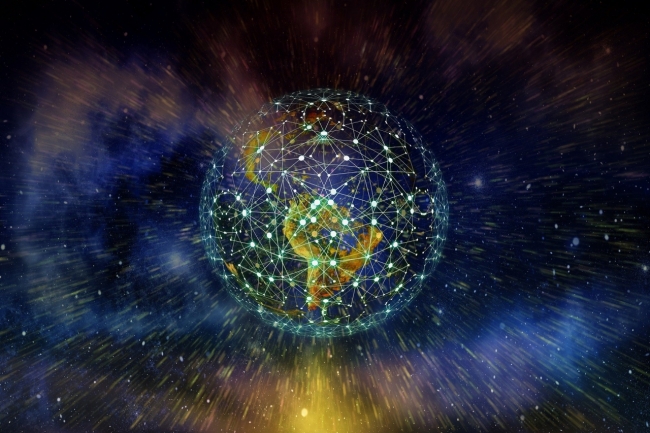 In times of a global crisis, we know that leadership matters.

It is critical not just when the crisis hits, but also in preparing for it – whether it is a deadly novel virus or another profound global threat such as the climate crisis.

We also know, and have seen in recent weeks as the deadly coronavirus has spread, that the public responds to strong leadership — whether from state governors or city mayors, national or local health officials, or school superintendents and community leaders. Residents and businesses have had to transform their day-to-day, forsaking the dine-in experience for take-out, going virtual for classes and meetings, and avoiding the smallest of social and networking gatherings for the public good. Based on my observations, they are doing it with grace and dignity. Waves and friendly greetings are suddenly back in vogue in our neighborhoods and collective rounds of applause for workers on the front lines are happening across our cities. It gives me hope as we look to the societal responses we need to help us get through a crisis.

There is no doubt that our world and way of life, as we know it, has changed. It has become more complex, more interconnected, and in many ways, more tenuous. Our cities are denser. Our world is globalized. Our planet is warming.

All of these trends point in the same direction: a world with heightened risks known as “gray rhinos.” A gray rhino is a term coined by risk expert Michele Wucker to describe “highly obvious, highly probable, but still neglected dangers,” as opposed to unforeseeable and highly improbable risks known as black swans.

I am talking about two types of gray rhinos: the novel viruses rapidly spread deadly infections around the world, and the slow-burning problems of the climate crisis, which have boosted global temperatures, caused ocean levels to rise and led to an increase in extreme weather events.

There have been plenty of serious warning signs related to both of these gray rhinos.

Health experts who study pandemics say the impacts of COVID-19 shouldn’t come as a surprise. Epidemics of infectious diseases have become more commonplace in the past quarter-century, thanks in part to global trends such as urbanization, globalization, increased meat consumption and our changing climate. In just two decades, we’ve already seen an array of viral scares such as SARS, swine flu, MERS, Ebola, Zika and Dengue fever that have collectively killed more than 300,000 people globally, according to Harvard University researchers. As I write this, COVID-19 has killed nearly 73,000 people, and that number keeps climbing by the thousands every day.

The climate crisis is another widely validated global risk, although its impacts come far more slowly – over years and decades, instead of days and months. Rising greenhouse emissions over the past century have caused global temperatures to jump by nearly 2-degrees Fahrenheit. The results have been devastating, including record-damaging wildfires, heatwaves, droughts and flooding that have caused more than $500 billion in direct economic losses in the U.S. over the past five years. As global emissions and temperatures continue to increase, deeper economic losses – likely in the trillions – are projected in the years ahead.

Yet, despite these colossal long-term threats, government leadership in preparing for them has been lacking, especially here in the U.S. In just the past two years, the federal government has dismantled a global health security unit and drastically cut the Centers for Disease Control and Prevention’s global epidemic prevention activities. It has also dismantled national climate mitigation efforts, including pollution-reducing regulations for power plants and transportation and national commitments under the global Paris Climate Agreement.

In both instances, state and local governments, the business community and civil society groups have stepped into the void. In late February, governors and mayors in Washington and California enacted emergency and social distancing measures to contain COVID-19 and accelerate testing in their states. Within days, dozens of other states were doing the same, while multinational companies and organizations were cancelling large events and telling their employees to work from home.

We’ve already seen a similar dynamic play out with the climate crisis. In response to the U.S. government’s retreat from the Paris accord, nearly 4,000 businesses, states, cities, universities and faith groups, among others, have joined We Are Still In, a U.S.-led effort committed to achieving the country’s emission reduction goals under the global pact. In December, 631 investors with nearly $37 trillion in assets called on governments to phase out thermal coal power worldwide, put a price on carbon, end subsidies for fossil fuels, and strengthen nationally-determined contributions.

This kind of public and private sector leadership is obviously critical in times of a crisis. But, as we’re seeing in our patchwork response to the COVID-19, it is only a small part of broader collective action that is needed to prepare and respond to dire global risks. Given the potentially catastrophic impacts, federal and state government leaders are uniquely positioned to lead and influence national and global responses to worldwide threats like the one we’re facing today.

As government leaders grapple with economic recovery packages, we call on them to refashion our systems and policies so that future crises are prevented and workers across every industry are protected. They can safeguard against systemic threats, like the climate emergency, by ensuring zero-carbon industries not only withstand the downturn, but continue to grow. Their future actions must be aligned with the most ambitious goals of the Paris Agreement, and pursue efforts to limit global temperature rise to 1.5 degrees Celsius and reach net-zero emissions by 2050 or sooner. And, their decisions must be screened through the lens of climate resilience to ensure new dollars are directed toward net-zero emissions solutions.

Our government leaders can help us better prepare for potentially larger catastrophes that have just as many complexities and uncertainties. And, help us prevent them.

This piece originally appeared in Forbes.