Climb to Conquer Cancer Phoenix: ON Semiconductor Comes Out on Top! 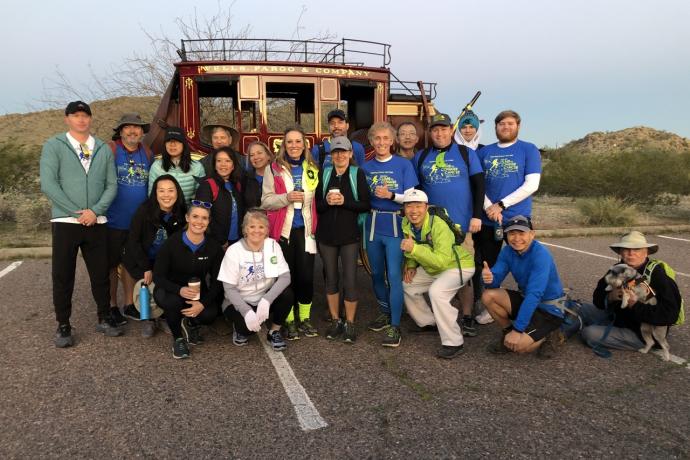 Today, we celebrate World Health Day, an international holiday, which was formed in 1950 by the World Health Organization, and brings light to important health issues globally.

This year’s holiday, honors the contribution of nurses, recognizing their vital role in keeping the world healthy. Nurses and other health workers are at the frontlines of COVID-19 response, putting their own health at risk to protect the broader community. Nurses are also critical in responding to health needs in all settings and across the lifespan in the many communities we serve.

On February 29th, ON Semiconductor participated in the American Cancer Society’s Climb to Conquer Cancer event, which was held in Phoenix, Arizona. This is a fundraiser that the ON Semiconductor Phoenix site has participated in for more than 20 years, and the money raised through this event helps save lives by continuing the progress that the American Cancer Society has made in diagnosis, research, treatment and expanding patient programs and services locally and nationally.

When asked why fellow colleague and cancer survivor, Joyce Tuell, who took part in this year’s Climb, she said, “I participated in the Climb to support the fight to find a cure, and to support family, friends and the warriors who are in the fight alongside of me.”

As a result, 2020 turned out to be a record year for ON Semiconductor as we had our largest team ever – with 106 team members! Thanks to the generosity of ON Semiconductor and its employees, we raised $36,359, beating our goal of $35,000. In fact, this was the most money we have raised in the last 20 years.

On top of that, we were the top fundraising team/company for the event surpassing U-Haul and key sponsor, Wells Fargo. We have also had seven team members raise $1,000 or more – so great job to all!

In addition to individual efforts to raise money, the team also hosted a raffle on-campus and raised over $3,200, which was made possible with help from donations from local vendors, the local affinity network group, the Phoenix site’s Employee Activity Committee and Facilities Manager, Bonnie Faulkinbury.

Furthermore, a big thank you goes out to Sonny Cave, ON Semiconductor’s General Counsel, for helping to give our team one final boost to help us surpass our goal. Finally, thank you to everyone who participated in the 2020 Climb by volunteering at the event and donating to the team to make this the best year yet!

Learn more about Corporate Social Responsibility at ON Semiconductor.