Delivering Resiliency as a Service

Utilities need to be forward-thinking while also offering shareholders value 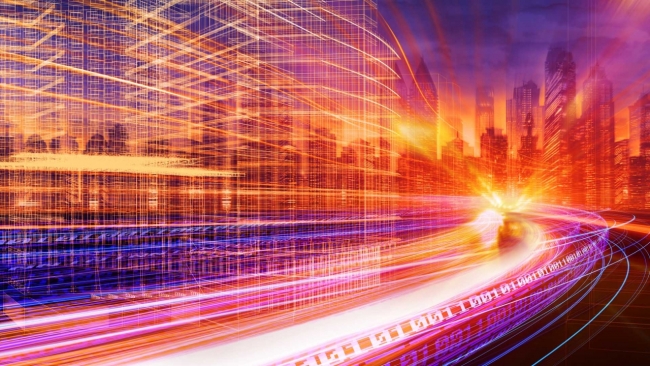 When it comes to grid modernization, where utilities want to spend money — and where they have approval to spend money — are not the same thing. Under today’s regulatory models, utilities typically do not have a way to recapture all the fixed costs required for critical upgrades. This can mean the choice between keeping the lights on today and preparing the grid for the challenges of the future.

But that’s changing, and the days of utilities being the provider of last resort to any and all customers are coming to an end. It’s simply not practical to tell utilities that they must maintain a great expanse of aged infrastructure while simultaneously restricting their ability to generate returns on their assets, even as self- generation continues to have a material impact on their revenue.

Regulators expect utilities to be forward-thinking in the current dynamic market while also offering shareholders a return on investment. The quickest answer? Resiliency.

Resiliency as a Service

In November 2019, the Florida Public Service Commission held a hearing to finalize recently adopted rules that break out resiliency services from traditional rate-making. The new rules change how resiliency projects are financed by authorizing a new rate-payer surcharge.

This means that utilities can move ahead with large-scale resiliency projects — in Florida’s case, undergrounding power lines to make them more resilient to hurricanes — without having to wait for funding.

This ruling could change the game when it comes to how utilities manage resiliency. Instead of being mandated to include storm hardening and resiliency measures in their filings, utilities can fund these measures separately, helping to streamline the process. This doesn’t mean utilities are prevented from including resiliency in their standard rate cases, but it will remove the burden of doing so.

In Florida, this surcharge will be passed on to the rate payers, but utilities shouldn’t underestimate the customer’s ability
to understand how their dollars will help keep the lights on by reducing the number and duration of power outages. Customers will experience the tangible benefits, knowing that by putting power lines underground, the next hurricane isn’t going to wipe out an entire distribution network.

The Florida ruling sets the stage for what could come next, paving the way for utilities to develop a different stream of revenue by offering “resiliency as a service” (RaaS).

RaaS can take several forms, from the traditional, such as covering the cost of moving the distribution network from aerial to underground, to the advanced, such as paying for advanced metering infrastructure and distribution automation (DA). The idea isn’t completely out of left field. Five years ago, we saw this take place with energy efficiency and demand response, which provided utilities with a similar opportunity by offering cost recovery for incenting customers to use less of their commodity. It was a little counterintuitive, but it ended up working.

Connectivity is the buzzword of the day. There’s no doubt that connectivity offers an incredible benefit to electric service providers, but when it comes to cybersecurity, increased connectivity equals increased vulnerability. As utilities become more distributed, they’ll also become more susceptible to cyberattack.

To combat this, utilities need to reevaluate cybersecurity, and consider it from a new perspective, far beyond today’s North American Electric Reliability Corporation (NERC)-critical infrastructure protection (CIP) requirements. RaaS could mean extending cybersecurity protections out to large commercial and industrial customers and, perhaps even more importantly, extending across the supply chain and focusing on who they’re doing business with. This is exemplified in the 2014 data breach involving the theft of 40 million Target customers’ credit and debit card information, which was initiated through vulnerabilities in how one of their heating, ventilating, and air conditioning contractors was accessing Target’s internal network.

This will require a major shift in mindset, as today’s cybersecurity conversations tend to revolve around the threat posed by malicious nation states. But the biggest threats are internal — the easiest way to hack the grid is to do so from the inside. Utilities are well-positioned to reap some type of return or value-added service from not only securing the grid but also by selling resiliency to their largest customers.

California and its wildfires remain top of mind, driving questions about utilities’ resilience after a catastrophic event. As the industry continues to dive deeper into the conversation on DA and self-healing grids, one of the most promising aspects of RaaS will be the ability to control the grid with surgical precision.

In early October 2019, as a precautionary measure to prevent additional wildfires, Pacific Gas and Electric Company shut off service to nearly 800,000 customers, causing massive disruption. Because of a lack of available DA assets and technology, the utility was not equipped to take a smaller, more targeted number of customers off-line.

Given today’s climactic shifts, it’s likely the force and frequency of events such as the California wildfires, flooding in the Midwest, increasing strength of hurricanes in the Southeast and drought in the West will only continue. Utilities need to connect the dots and invest in the necessary technology — the hardware, software and general system upgrades — that would allow them to operate in a more distributed, localized manner to remedy these issues.

Such a move would enable a utility to target a much smaller percentage of its customers to prevent more widespread damage. This strengthens reliability and resilience while providing natural cost savings. Although this doesn’t make the wildfire, flood or storm any less daunting, it does make it more manageable.

All too often, when the industry talks about “delivering the grid of the future,” the conversation centers on platforms, the connected grid and digitization of the grid. But what does a truly distributed energy marketplace look like? This is the missing link, but it is also where it starts to get interesting, because this interconnectedness means that utilities can participate in the orchestration.

To date, utilities have been limited by regulators when it comes to what assets they can own and what they can control. For example, when considering battery storage in California, some of the early assembly bills questioned whether San Diego Gas & Electric and Southern California Edison should be allowed to own these assets, even though they would be responsible for operating them. What incentive does this give these utilities to take on additional liability and operating costs, without giving them additional assets to spread out the costs, and possibly generate a return?

This is why the Florida decision is so important. This is not to say that utilities should maintain a monopoly; they should not be the only ones allowed to own these renewable, distributed, non-wires alternative assets, backup generation, microgrids or battery energy storage. An open market should be created, where utilities can add value by pulling these disparate assets together and securing them through RaaS, thereby delivering increased availability, predictability and reliability.

There’s no doubt that the policies regulating the electricity market must change. Regulators need to open up the marketplace, and utilities need to be able to get off the sidelines and participate. Yes, creating this new marketplace will bring additional assets online, but the asset type is irrelevant. The orchestration that goes into pulling it all together — creating this new market, helping the end customer and getting the industry to the point where we truly have a functioning next-generation grid — is where the grid of the future really lies.