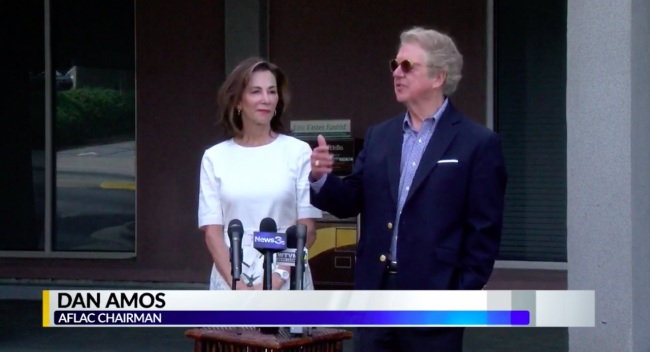 A million-dollar gift from Aflac Chairman Dan Amos and his wife, Kathelen, will allow Piedmont Columbus Regional to put 36 new beds in the old Doctors Hospital building, according to a news release Monday morning.

The space will be used for COVID-19 patients. It is expected to renovated and ready in about two weeks, a Piedmont Columbus Regional spokesperson tells News 3.

The project will cost $2 million. The Piedmont Columbus Regional Foundation is seeking to match the donation, which will fund expedited renovation for patients on the fifth floor at former Doctor’s Hospital Building.