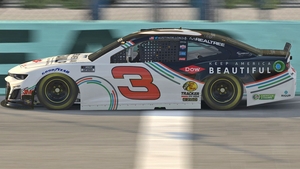 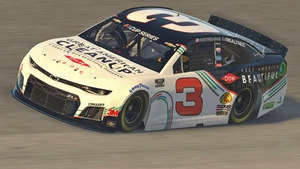 STAMFORD, Conn., Mar. 23 /CSRwire/ - With NASCAR postponing this upcoming weekend’s race at Homestead-Miami Speedway because of the coronavirus (COVID-19) pandemic, NASCAR and iRacing announced the formation of the eNASCAR iRacing Pro Invitational Series, an exhibition esports series featuring many of the sports popular drivers, including Richard Childress Racing’s Austin Dillon, who will be joining the series racing the virtual No. 3 Dow/Keep America Beautiful Chevy.

Dillon is taking part in the iRacing series using simulation software on a virtual Homestead-Miami Speedway in support of the Keep America Beautiful Great American Cleanup®, the nation’s largest community improvement program, which has also been postponed because of COVID-19. Dillon, RCR and Team Dillon Management have incorporated the Keep America Beautiful, Great American Cleanup, and Dow logos, among others, into his paint scheme to continue the representation of partnership between Dow, RCR and Dillon during this unique time.

“It’s important to find ways to stay connected these days and I’m happy to be able to get back to racing on Sunday – even virtually – running the No.3 with support from my friends at Dow and Keep America Beautiful,” said Dillon. “I’m encouraging all NASCAR fans to visit KAB.org and sign up to support Keep America Beautiful by becoming a volunteer – virtually for now, and in person again soon. Together, we can end litter in America!”

The Great American Cleanup, which normally takes place during the spring months (March 19 through June 20), will resume once it is deemed safe to convene volunteers in large groups. Dow is a national sponsor of the program and has worked with the RCR team to organize messaging that can be shared at the appropriate time.

The multi-week series will kick off Sunday at 1:30 p.m. ET on FS1 and the Fox Sports app on the virtual Homestead-Miami Speedway. The remaining race and broadcast details will be announced at a later date.

In 2019, the Great American Cleanup engaged more than half a million volunteers who provided 3.8 million hours of their time to improve 13,489 public spaces; collect 42 million pounds of litter, debris, and recyclables; clean and improve more than 30,000 miles of roadways and shorelines; and complete 168,000 plantings over 132,000 acres.

Keep America Beautiful is the nation’s leading nonprofit that brings people together to build and sustain vibrant communities. With a powerful national network of community-based affiliates, we work with millions of volunteers who take action in their communities to transform public spaces into b...